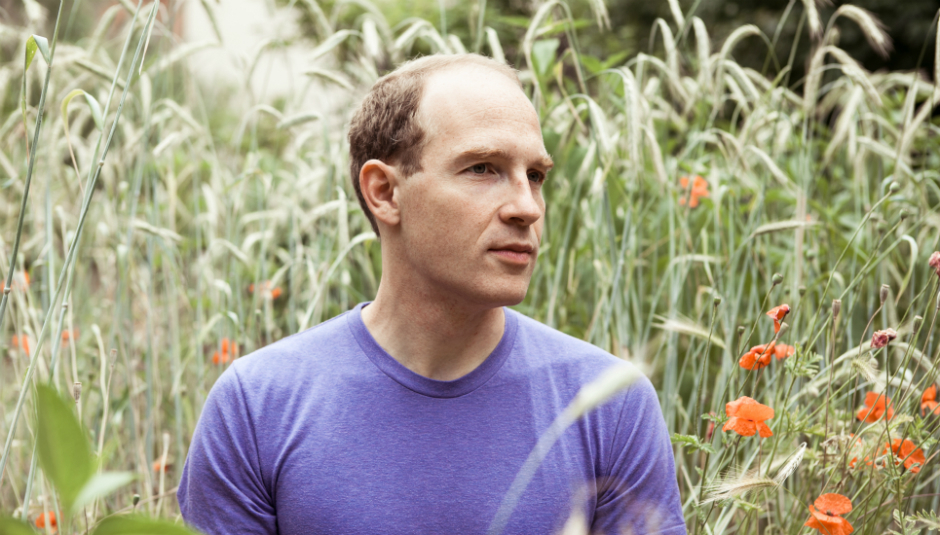 “It’s a dedication to all the people. I made this album for you.”

Dan Snaith is sat at the back of an East London cafe with a big grin draped under those trademark grandad specs. You can hardly blame him. He is having what’s commonly known as ‘a moment’.

Until 2010’s Swim the average Caribou fan looked something like Snaith himself, “a music nerdy type person”. Someone who lists ‘crate-digging’ under their their list of hobbies and speaks of club nights in quasi-religious tones. Then, all of a sudden, something changed.

“We played this tiny little place called the Kazimier. Usually when we play in Liverpool or regional British cities, there’ll be nobody there. But then people were packed in, going crazy and the feeling was so different. I didn’t expect it at all.”

‘Sun’ got played in Ibiza, ‘Odessa’ was one of the lead songs on FIFA 11 and Radiohead invited the Canadian-turned-honorary-Brit on tour with them. The kind of people who wouldn’t usually hear a Caribou album got turned onto Swim, and they went crazy for it. Some even more so than others.

“In France there are really rowdy teenagers pushing each other and throwing things onstage,” enthuses Snaith. “It’s wicked.”

This ‘musician releases album, gets more fans’ story would seem utterly run of the mill, unless it weren’t Snaith we were talking about. Thirty-something musicians with a maths PhD aren’t supposed to become global crowd pleasers. Dance music that’s not bothered about big drops and lairy beats doesn’t usually make for breakout success. And yet Swim beat the system, garnering a legion of fans its creator had previously thought to be out of reach.

“It changed my perspective on why I’m making music. I’d always done it to satisfy myself, and that’s still there, but the main impulse to start making new music was the people who messaged me saying, ‘When the fuck are you doing another Caribou record?’”

The result of this well-intentioned harassment is Our Love, an album born out of new beginnings and old friendships. Asides from the fans who have so far streamed ‘Can’t Do Without You’ 1,800,000 times, the record was written with a close-knit group in mind. That magnificent lead single is an ode to Snaith’s wife, while his daughter was also born in the time since Swim.

“Really early on, I sent them rough drafts of what might turn into a song,” Snaith explains. “Some of them ended up on the album. Some of them didn’t. Their input was much more than what you hear. They were advisors as well as being musicians.”

If you haven’t heard of Pallett, you’ll know his work. His string arrangements have been lathered over albums by Arcade Fire, The National and Taylor Swift. Now they’re also etched right across Our Love, most prominently on its resplendent title track. As for Lanza, she’s only just come to prominence thanks to her breathtaking debut album Pull My Hair Back, which was nominated for the Polaris Prize earlier this year.

“She’s from the same hometown that I am [Ontario] and her album on Hyperdub is co-produced by Jeremy from Junior Boys - he’s a close friend of mine. So I was hearing her music in the demo stages as she was working towards getting her album. I was thinking, ‘She’s fantastic. She’s got such a singular voice.’”

It’s Lanza’s aching tones you’ll hear on ‘Second Chance’, Our Love’s tremulous highlight. Written at a time when Snaith looked on as two couples close to him got divorced, the track simmers with unrequited longing. Synths fizz and stray slaps of percussion scuttle across earshot, but there’s little for a listener to hold onto. Only the lonely sound of someone aching for another, “Just tell me if you want my love / Cause oh you know that I keep on waiting.”

Thankfully for Snaith, making his seventh album in 13 years proved slightly less traumatic - although not without its difficulties. Switching from the Daphni moniker, where each song is recorded in a day and released as quickly as possible, to Caribou required a shift in mindset.

“With the Daphni stuff I knew immediately what I wanted to do. I was like, ‘I’ve got this great loop from this old record, I’m gonna put my own programming and sequencing over the top of it and it’s gonna work in a DJ set.’ ... Caribou records have always been a long process.”

Over 800 fragments were recorded for Our Love with full songs taking six months to coalesce between verse and chorus. It was a self-confessed "slog" at times with a clear intention to leave as much space as possible on the album and lean on collaborators for inspiration instead of samples.

“A sample provides some idea that you would never have thought of,” says Snaith. “The same way, that working with Owen and Jessy totally changed my perception of a lot of the tracks I was working on. That’s what you need every once in a while to get you out of a dead end.”

Eventually, Our Love took shape at rapid pace. Over the course of one neverending evening its club bangers and intimate dedications merged together to form something quite remarkable.

“There was one night where I’d been recording during the day and I’d been recording during the day and a couple of things were going well - there were six or seven tracks that I knew were going on the album. I kept going to bed and I was lying there and my mind is racing and I’d think of something that would be another section of one of the songs and then I’d record it and then go back to bed. I couldn’t get to sleep until four or five in the morning. When I woke up, it really felt like everything had turned a corner.”

Success didn't arrive overnight for Caribou, but now it seems here to stay.

Our Love is out now.

Weezer and the Rivers Cuomo conundrum