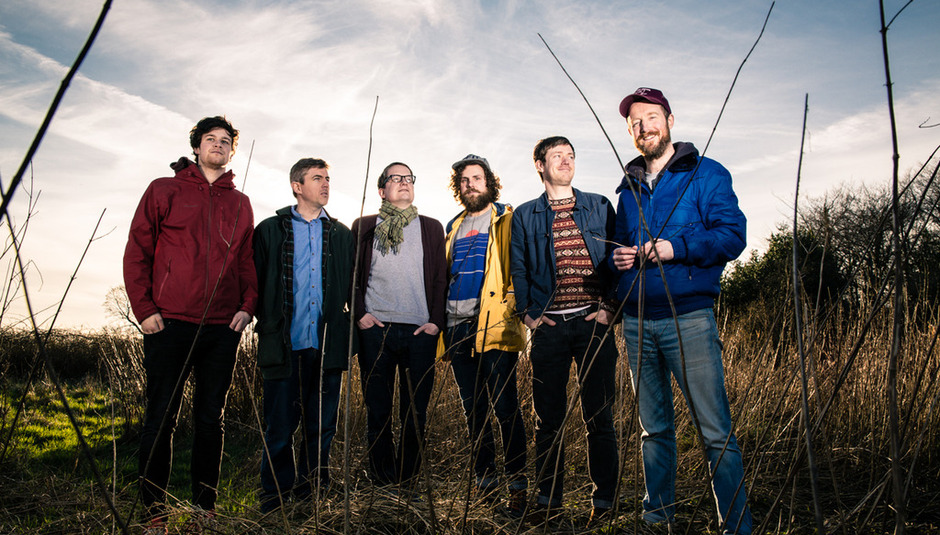 DiS meets The Phantom Band: 'Are we still saying that we don’t have a view on it?'

DiS meets The Phantom Band: 'Are we still saying that we don’t have a view on it?'

‘Are we still saying that we don’t have a view on it?’

For a lot of Scottish bands, there’s only been one topic of discussion over recent months – but that’s not the case with The Phantom Band. The six-strong psychedelic collective from Glasgow are happy to talk passionately on many topics, but they’re reluctant to make a stand either side on the great independence debate. ‘I think we’re all just wary of the band being a political thing,’ singer Rick Anthony suggests. ‘If people like our music it doesn’t mean that they have to agree with us on that sort of thing. I’m more interested in the dialogue than the opinion, having a discussion rather than just listening to someone’s opinion. Whichever way it goes, I think people in Scotland are becoming more politically engaged, they’re talking about it and openly discussing their opinions, which can only be a positive, to have a vested interest in what’s going on.’

It’s a clear statement of diplomacy from the band’s notional frontman, and a balanced view that could apply to a lot more than their politics. A truly democratic collection of musicians, The Phantom Band seem to be chiselled out of six distinct personalities, which tessellate together to create some terrific music. This year’s Strange Friend LP, the band’s third, is probably their finest yet, with a recent nomination for DiS’s own Neptune Award the latest moment of acclaim the record has received.

The more relaxed surroundings in which it was created are given by the band themselves as the reason for its appeal. ‘This record has come out of a place that’s a bit more relaxed and positive, rather than feeling that you’re up against it and you’re racing to get songs ready to record,’ explains guitarist Duncan Marquiss. ‘We were just playing and enjoying it, and then later on in the process demoing it and getting ready to record. We wanted to go in with confidence about the recording process, we had a whole bunch of songs and we’d actually demoed it all already, so the whole recording process was a lot faster and a lot more pleasant than previous.’

The results certainly feel confident, Strange Friend buzzing between genres whilst rooted firmly in anthemic, ambitious rock. It comes four years after its predecessor The Wants, and serves as a reminder of the band’s powers after such a long period away.

‘I think as well we got our own studio, our own space so there’s been a lot more fannying about than there was previously, when we were on the clock, paying somebody else. Plus, I think we went back to an enjoyment of just getting together and playing, we did lots of just mucking about, with varying degrees of success, without feeling that it was for an album or anything like that. I suppose after a while we just felt ‘I suppose we best make an album then aye’’

Of course, when you’ve got six people contributing equally to the music, it might take longer than a more dictatorial setup where one man’s opinion is gospel. But that democracy seems to be key to The Phantom Band’s approach.

‘I think there’s a lot of shared stuff that we all really like, people that we’ll all go and watch live, or someone we’ll put on in the van that we all like,’ Anthony suggests when asked if there’s any particular genre or artists that unique the six of them. ‘But then there’s the other side of that where we all have our things that the others wouldn’t necessarily get on with, we go off in our own direction, you know?’

‘I think everyone is interested in their instrument as well, we’re not one of those bands where one guy has written a load of songs and he needs a drummer and a bassist to just sit there and play chords. Everyone is really into what they can do with their instrument, and what they can add, so when we all get together it can make something pretty interesting.’

On record, that desire to explore has resulted in some of The Phantom Band’s finest moments, but practically it can have its drawbacks. That’s why the band also spent a significant part of their downtime between albums setting up their own PB HQ, as Marquiss explains.

‘We don’t all just have one instrument that we stick to, and if something is sounding good we don’t want to have to suddenly unplug everything because it’s the end of your session. So it’s definitely a good thing to just have our stuff, in a room, where it just stays waiting for us.’

In what remains of the music scene in 2014, this decision also has other clear advantages for the group, who definitely seem to consider themselves as a truly long-term concern. ‘If for whatever reason your label and your fan base completely lost interest, you could still go there and play together,’ says Anthony. ‘That’s what the band came out of – us just enjoying playing together and getting along because of that. The question of how bands can sustain themselves is an interesting one, I do think that some bands have a lifespan, they come along and then they just run their course, but then there’s others that, with the right amount of support can live on.’

Hopefully The Phantom Band will be one of those bands, making albums as interesting, diverse and exciting as Strange Friend. By the end of the week they might not be eligible for DiS’s alternative compilation of the best of British any more, but they’ll continue to be an act that shows the possibilities and passion that rock music can still deliver.

Strange Friend is out now on Chemikal Underground.

The Phantom Band tour the UK from next week: 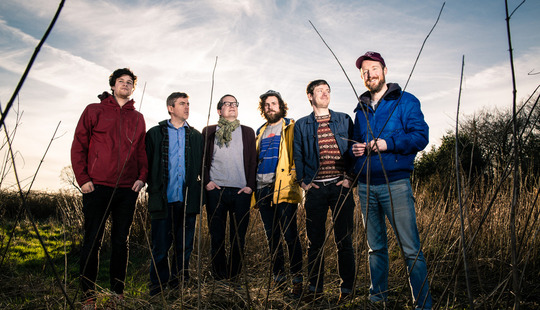