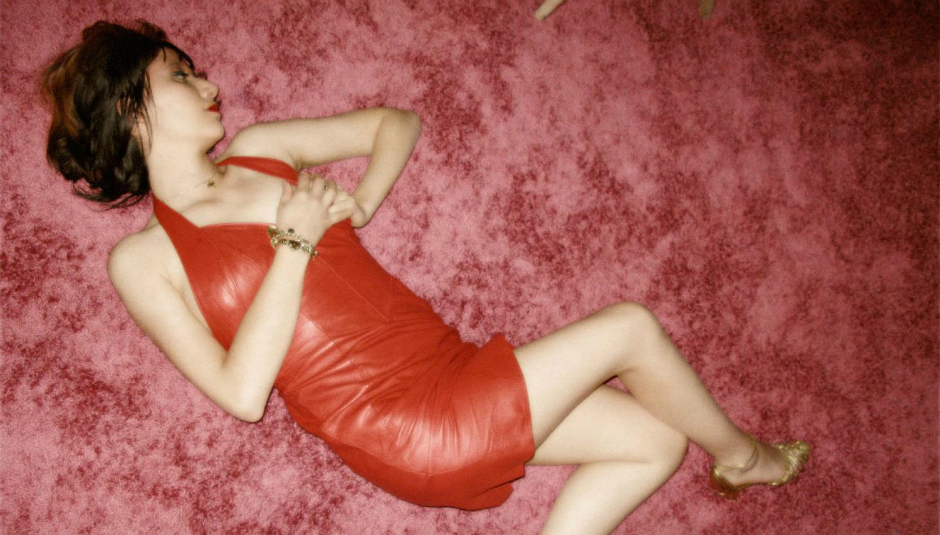 Hello and welcome to a brand new edition of DiS Does Singles. Last week we went to the AIM Awards, which celebrate the achievements of British independent music.

When we were growing up ‘independent music’ seemed like a badge you stuck to your chest - often it had Pete Doherty’s face on it. Last week’s award winners included everyone from Arctic Monkeys to Sophie Ellis-Bextor, which got us thinking whether independent music had changed or we just had. Does an Amy the indie exist nowadays and, if so, what are they listening to?

To find some answers, we searched for five clues in the week’s most notable music releases. No pressure then: Flying Lotus, Karen O, Aphex Twin, Prince and TOPS.

1. You are not signed to a major record label

If you’re a songwriter and your music isn’t marketed and published by one of the big three (Universal Music Group, Sony Music Entertainment or Warner Music Group), then it stands to reason that you’re signed to an indie. The reasons for this almost always boil down to he nebulous concept of creative freedom, unless you happen to have pissed off your former major label home - hello Julian Casablancas.

Of course, major labels are not the enemy. They continue to put amazing records, some of which feature Prince, just as indie labels have released some complete and utter bollocks - hello Julian Casablancas.

Good music is good music, but statistically speaking, independent record labels are just better. Of the 24 albums Drowned In Sound has deemed Recommended Records this year, only Royal Blood’s self-titled debut was released on a major. And you can’t argue with facts, now can you?

Back in the 80s, when UB40 were still a big deal and shoulder pads were in vogue, being on an indie label meant you tallied with three key criteria:

This tradition was (sort of) started by Buzzcocks' Spiral Scratch EP but popularised by The Smiths - an occurrence which is wholly ironic given the band spent a large proportion of their time of Rough Trade moaning about being on Rough Trade. (Citation needed? See ‘Frankly Mr Shankly’ or the interminable bits of Morrissey’s autobiography).

Nowadays, there are independent labels for everything whether that’s indie (4AD, Slumberland, Matador), dance (Warp, Numbers, Ministry Of Sound), hip-hop (Top Dawg Entertainment, Fools Gold, Sub Pop...) and whatever’s been hyped to fuck in the last 12 months (XL). Obviously, if you’re 16 years old, can sing like an angel and have virginal good looks, then your boy band will still sign to a major. For everyone else, a wealth of suitors will gladly shuffle your album towards cult status.

Speaking of which, the new Flying Lotus record is shaping up to be pretty much immense.

3. You can release your music however you want

When Aphex Twin recently unveiled his first record in 13 years, he did so in the most Aphex Twin way possible - a link to a deep web page that was only accessible via Tor. Hardened criminals and former Silk Road devotees will recognise Tor as the web browser that that ensures your online activity cannot be traced. Everyone else now knows it as that program that I had to download to find out SYRO’s tracklisting (unless they watched this timely BBC Horizon documentary last week).

When it comes to actually releasing an album, there’s the chance to be even batshit insane with how your music gets into the world. Cassette. Music box. Soup can. The list of ludicrous formats goes on and on - if only they all came with a download code. Compared to major record labels, who treat Record Store Day as their yearly opportunity to go bonkers and book up all the pressing plants, being on an indie means a lot more control over how your music is unleashed onto the world.

Oh and if you're Radiohead, you can bung out a track via your app, and hope that people notice.

4. You’ll sell truckloads of records (or nothing at all)

You all know the Adele story, but London Grammar’s rise to prominence is equally significant. In setting up their own record label (Metal & Dust) and then licensing If You Wait in individual territories across the globe, they’ve made an abundance of cash. Much more than they would have done by following a traditional release strategy.

Being on an indie also means you can do opposite of this and sell albums without the pressure to go multi-platinum. Fugazi, Field Mice and The Fall have all released numerous records on their own terms without interference - even though Mark E Smith might argue otherwise. It’s this legacy that Karen O is tapping into by putting out the ramshackle Crush Songs on Cult Records, instead of the Yeah Yeah Yeahs’ home of Interscope.

5. You can flash Mac DeMarco’s scrotum in your video

There’s probably a grand treatise to be written about how major label music videos conform to the male gaze, whereas indie videos don’t. In the meantime, we want to spare a moment for our new favourite band tops: TOPS.

An immaculately fey blend of Alvvays and Blondie, this Canadian four-piece are signed to Arbutus records and sound like your teenage diary set to music. Their latest single ‘Way To Be Loved’ is a funked-up ode to romantic misadventure, oozing forth unsaid feeling and frontwoman Jane Penny's bittersweet nothings - its video also stars Mac DeMarco’s junk. Why? We have no idea, but it seems amusingly on brand for the ‘Salad Days’ singer, so let’s not sweat the small stuff.

Not so long ago, independent music adhered to a very prescriptive set of rules and criteria. In 2014, it’s whatever you want it to be.

Where once there was ambition, now there is scale. Anything is possible since Adele sold 30 million copies worldwide. The indie labels ecosystem can sustain multi-platinum bands as well as those that sell just a couple of thousand records. So XL’s 21 begat FKA Twig’s LP1 on its sister imprint Young Turks, just as Arctic Monkeys’ Domino-released A.M. will have funded Hookworms’ The Hum on Weird World.

Major record labels still rule over radio playlists and YouTube play counts, although they don’t hold a monopoly over either. If your music is good enough and it’s placed in the right hands, you can achieve big things. If you want to operate out of a bedrooms and fund your touring through day jobs, that’s possible too. Tough but possible.

The result of this is that ‘independent music’ doesn’t mean much anymore. The ideals this term stands for - creativity, longevity, community - have expanded to become a vague, all-inclusive mantra. You don’t have to sport a quiff, read poetry and dream of hands on your mammary glands to join the club, and that can only be a good thing.