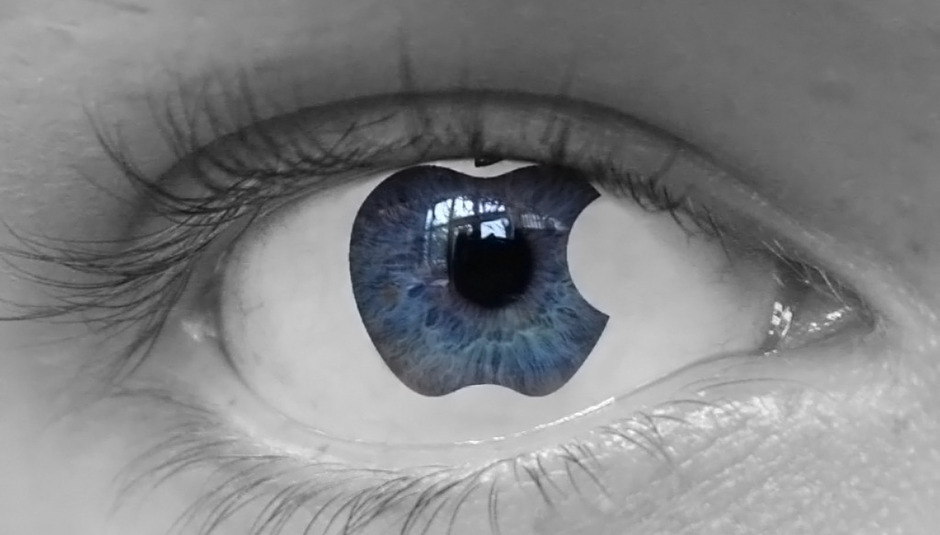 With the iPhone 6 predicted to be revealed later today, DiS' editor ponders a few features that might/should/could form part of this big Apple launch, and some hopes and dreams for the new iDevice that would be good for music fans.

One of the big things wrong with all these powerful pocket computers is their inability to stay charged. If they can't fix the battery life, what Apple should lead the way with is a stealth mode, not-unlike flight mode, that turns everything on your phone off so that you can slink into a state of optimum battery life-saving, with basically phone calls and texts being the only things that work. None of that iStalk malarkey and constant downloading of things in the background.

When you're in a massive venue (like, say, the mobile service provider sponsored Millennium Dome) or in a festival field with a bazillion other people trying to use the same 3G signal, nine times out of ten your phone doesn't work and it adds to your battery drain woes... This is usually because the phone mast "goes down" when too many people try to use it. Similarly, at iTunes' own festival at the Roundhouse and tech conferences the Wifi never really works as - much like 3G - too many people are trying to use it at once and it "goes down". This major hashtagfirstworldproblem is due to a lack of bandwidth which makes your phone useless to y'know make calls. It's especially frustrating when all you really want to do is communicate with someone a few meters away that you can't spot or receive a text, and back in the day, pagers didn't have these kindsa modern problems.

During the London riots, it was "interesting" that BlackBerry's BBM still worked as it wasn't as reliant on 3G, but it isn't an ideal solution. However, there are now some apps utilizing technologies that you can use off-grid. In various war zones people are using "mesh" networks (explained here by BBC click) to communicate without being monitored. This mesh stuff is all a bit walkie-talkie radio-signal magic - although, to confuse this analogy, it's instant messaging rather than blathering into a yogurt pot. In theory, your phone becomes a mast and with other people you create a network, but the downside of this is that it's a mega battery drain, so whether Apple decide to make more of this technology, which is buried within your phone, is quite unlikely.

...Or An Old Frequency

Perhaps a little antiquated but if the devices in our pockets could receive FM or DAB radio signals, we may all be able to do more with less signal. This would allow us to "consume media" without the need for 3G and would likely open up a whole world of possibilities for broadcasters, not to mention make silent discos possible all over the place. Plus venues could broadcast the show you're at in high-quality so that you can listen via your headphones, rather than hoping that the idiot next to you or a high wind doesn't ruin the sound you've paid to hear. Would also be quite good for listening cinemas that have lousy sound to use your fancy 'phones.

When you think about additional possibilities that come into play with frequencies and radio waves, and consider what has happened since the Wii launched, it wouldn't be a huge shock if the new iPhone/iWatch featured something like an XBox Kinect. Operating the device using gestures would be a bit of a leap but it opens up a whole new world of gaming. Of course, this would give musicians a new theremin-like world of new possibilities. Anyone who has seen Polar Bear's use of a Wii controller in their show will know what I mean...

Watching music videos on your phone (especially with friends) is a bit rubbish. Pocket projectors have tumbled in price, so perhaps it isn't unthinkable that Apple will bring this tech to the masses.

But Apple wouldn't just introduce a projector, especially as infra-red keyboards have been around for a while...

...and since Tupac popped up at Coachella, talk of R2-D2 like holograms for phones has picked up a little. With screen "real estate" becoming an issue for some people (especially on an iWatch), and with the possibilities of motion sensors, the idea of 3D projections that you can interact with (think Iron Man) could mean a lot of weird and wonderful new instruments, without the need for this sort of thing to turn an aubergine into a synth:

One of the most widely reported additions to the new iPhone is NFC payments. Basically, the same thing that an Oystercard or a contactless credit card can do. Paying for stuff with your phone is fairly standard in some Asian countries, and it's quite likely Apple have dreams of the iPhone becoming the only thing you need to carry around with you. Looking at what the App economy is like, it would seem likely that a whole new world of other stuff related to payments will be coming to town, but we can't help wonder, for all the real-world payments, will Apple rethink how online creators of "content" are paid by consumers. I mean, if you didn't hate this post, wouldn't it be perfectly acceptable for you to pay a penny/cent for every second you spent reading? If Apple could do this, the whole web could slowly go "ad free" and begin to build new members-only models for their websites with a lot less faff than setting up a paywall or any of that nonsense. The possibilities of artists being paid when you stream would also shoot up.

Speaking of payments... following Apple's merger with Beats, it wouldn't be completely shocking if a lot more "you're listening to this, now stream the whole album / buy it" functionality came into play. Aside from Dre and Trent Reznor, one of the main guys behind Beats was also the chap from Topspin who really understands that a percentage of people who stream for free can be converted into paying for premium products. His name is Ian Rogers, and this interview with him for Wired is worth a read if you're looking for a bit of hope regarding the music eco-system. Also, Rogers really understands that people need filters for music and all kinds of media consumption, which could be good news for sites like DiS.

Assorted other ideas:
Beats by Ivy: Fancy headphones with an insert for your phone so that it can sit in front of your eyes, turning it into a VR visor. Which would make sense if it's a 'curved' device as has been hinted a few places.

Custom designs: Wearable devices are a big thing on the horizon, apparently, and if Trent Reznor wants to make a t-shirt with an iDevice buried inside of it that makes my body reverberate from the beat, I'll be a sucker for it. See also some mental Katy Perry cat ear headset nonsense that makes me dizzy and on the verge of being nauseous as she gets the chorus.

Bono Is Performing Mode: A new function that you have no control over.

Looking forward to Bono doing this at the iPhone launch later https://t.co/rHqjxbrtkI "Put down your fucking phone"

There's lots more speculation about today's announcement over on the TheNextWeb.

What does 'independent music' mean in...