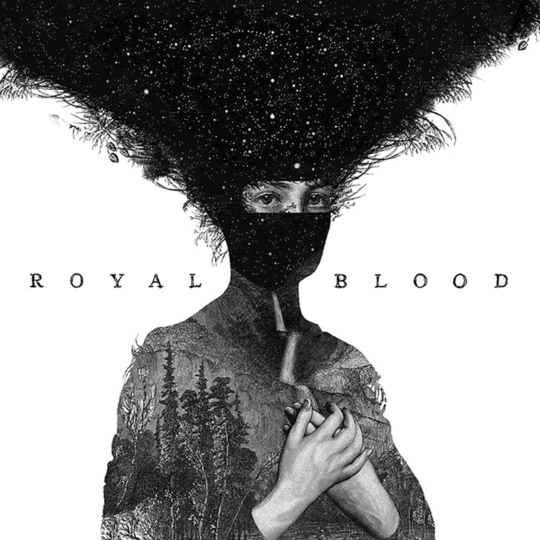 Ahead of this year's Mercury prize, DiS in partnership with Naim Audio's new wireless music system, mu-so, will help you GoDeeper into this year's nominated albums. To kick off, we are focussing your attention on the chart-topping debut album by brash-rock duo Royal Blood. Here is Christian's review of the record, originally published back in August before the album topped the charts.

Poland’s Open’er Festival in July, and Royal Blood’s thirty minute set has just destroyed the tent. Literally destroyed it: the crowd’s response, more mythic, swirling maelstrom than moshpit, has cracked and splintered the floorboards underfoot, technicians rushing to try to repair the damage even as the final peals of feedback bleed out from the speaker stacks. This, less than a week on from a Glastonbury performance which rendered the John Peel tent and all its surrounding walkways literally impassible, thousands of bodies pressed too close together to watch a bassist and a drummer play heavy, bluesy, riffy rock from an album none of them had yet heard.

It’s a mantra churned out so often it’s pretty much become a drumbeat in itself, a metronome as regular as a morning alarm and just as tiresome. Its latest vessel, super-producer Greg Kurstin, was last month pronouncing that guitars are at an “all-time low” right now, and that he’s “still waiting for rock bands to come back, something raw and relevant” in the face of so much EDM and pop. And maybe - maybe - he has a point, that for all the strengths of Drenge and Honeyblood, The War On Drugs and Jack White, all those shout-outs from Arcade Fire “to all the bands still playing actual instruments”, we’ve arguably been a little short on proper, genuine, chills-up-the-spine moments from ‘real musicians’ of late.

It takes just twenty-five seconds of 'Out Of The Black' to remember what those feel like, Mike Kerr’s bass matching Ben Thatcher’s beat to form the most memorable intro to an album since Chvrches’ debut, powerful and insistent and catchier than Ebola. And sure, like most of Royal Blood it’s also slightly absurd, overblown with melodrama, a fact of which the band are well aware: “To us it was a bit stupid, like cartoon rock,” said Kerr of the song. “When we recorded that intro we thought it was funny… so obnoxious, loud and silly.”

But, like pretty much everything on this album, it’s sure as hell effective, a tight bind of rhythm and noise, of chugging menace and sudden spikes. And yeah, there’s influences here - shades of Queens Of The Stone Age and The White Stripes, of Cobain’s anti-solos and, in the runaway fretting of 'Loose Change', 'Figure It Out’s sudden amphetamine lurch or 'Out Of The Black’s final quarter, more than a little of the excesses of hair metal that the latter often gets credited with killing off - but so what: for all its common touchstones what’s really notable is just how often Royal Blood surprise.

Not lyrically, granted: thematically this ground has been churned to dust, these narratives of heartbreak and lust, of the casual cruelties of unravelling love and a longing for escape from the everyday. "Let’s run away, get out of here" sings Kerr on 'Come On Over', "I’ve never been this lonely, I’ve never been this down before" on 'You Can Be So Cruel', the cliches a little cloying in their adolescence but hey - that never harmed Trent Reznor. And who cares what they’re saying when the music’s this propulsive, this invigorating - and at just a shade over half an hour in length so admirably, ruthlessly focused.

Heck, if there’s a low point here it’s hiding pretty damned well. Blood Hands might slow the pace, a mid-album interstitial that forms perhaps its least-memorable three minutes, but every rollercoaster needs to level-out at some stage lest the riders lose their breath entirely - and to be sure there’s no let-up anywhere else here, no respite from the crush of drums or coils of distortion until 'Better Strangers growls itself out. And the high points? For sheer blunt drive 'Ten Ton Skeleton' is going to take some beating, whilst Kerr’s interplay of fluid riffing and flowing vocals on 'Loose Change' remains exhilarating even on the, ooh, fifty-eighth listen.

Damn it, have there been riffs this infectious since Rage Against The Machine? Volume this satisfying, so effortlessly thrilling that I can throw all my superlatives at it and it still not seem quite enough? Well, enough superlatives: I’m gonna break my floor up some more.