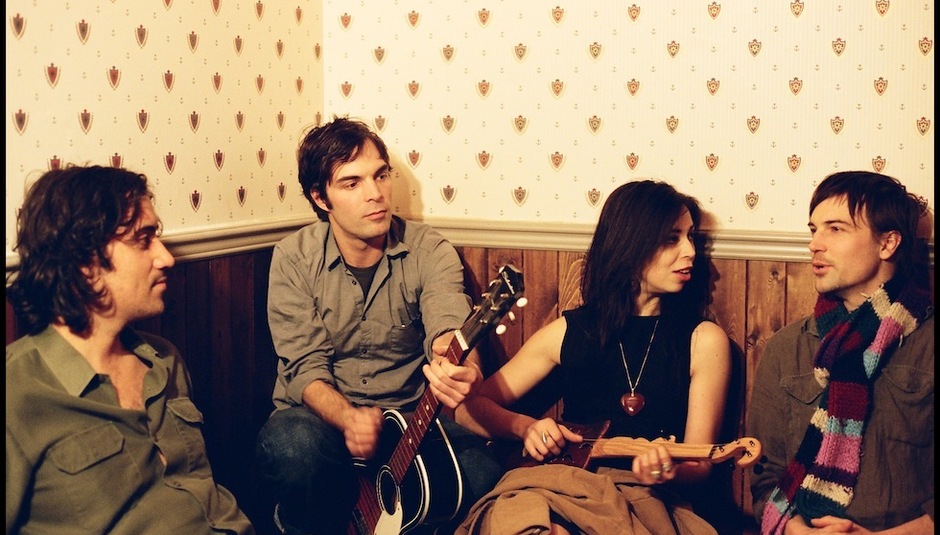 Canadian quartet The Barr Brothers employ a ramshackle collection of instruments, including harps of various sizes, a banjo, a waterphone, a bicycle wheel (- one from Lance Armstrong’s bike shop that had to be abandoned at an airport), and a tackle box guitar. Here, the band talk us through some of the more unusual musical gear in their collection...

No it's not your grandmother's radiator. Found it in a corner of a used guitar shop. Plugged it in, cranked the reverb and the signature true vibrato and immediately I felt transported to a 60s sci-fi film. I fell in love and bought it right away without even trying it with the harp. Turns out they are a match made in outer space. Just like the harp it's a serious pain in the behind to move around but I won't go anywhere without it.

This art deco style harp was designed by Chicago company Lyon and Healy in 1928. It's named after revolutionary harp composer, performer and teacher Carlos Salzedo. Among his many other illustrious exploits, Salzedo established a harp colony in Maine where rows of women in flowing dresses were taught to gesture and smile in unison with a playing technique that famous Russian danseur Vaslav Nijinsky helped Salzedo to create. The effect must have been something like synchronized swimming to an acid dream sequence soundtrack. This harp was generously provided by London harpist Hillary Manning. It's the biggest, heaviest and wildest sounding harp out there. And I admit, I know all the harp hands dance routines. 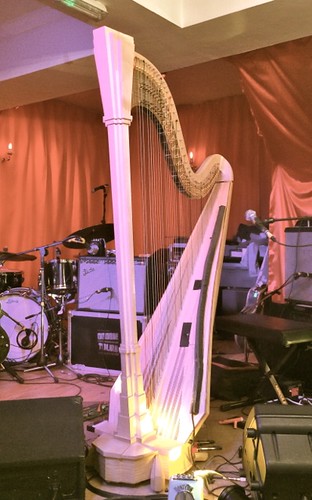 This is an old bicycle wheel that I play with sticks, it sounds like a cacophony of bells. Sometimes I'll bow it for some real creepy ambience. It's mic'd with a contact microphone and the natural reverb on it is great. If we are playing in your town, we just might ask you to borrow your wheel...we'll tune it up for you! 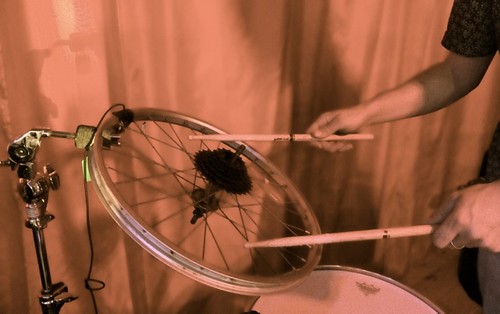 Question: This little green tube we affectionately call the "whirlygig". You've seen them before, just a plastic tube, but you can cut them to length to tune them. The only melody that I can play all the way through is the theme song for Jeopardy.

Answer: "What is a whirlygig" 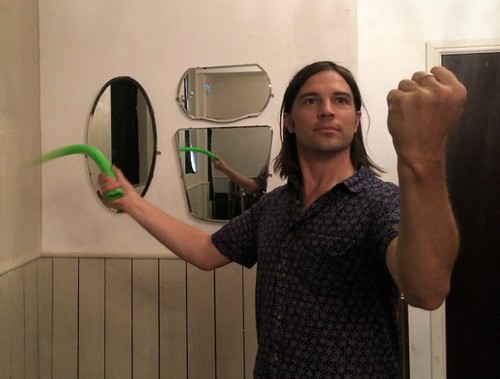 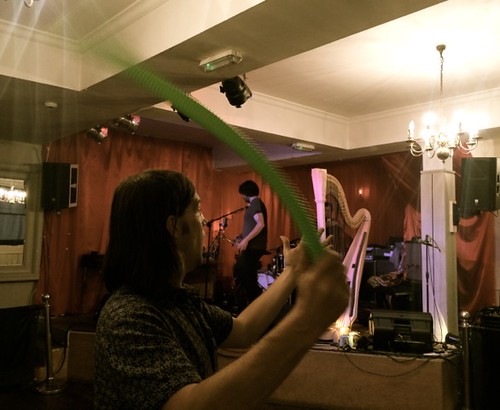 Our Estey JJ folding reed organ was made about 100 years ago by the Estey Organ Company of Brattleboro, VT. Estey built some of the best sounding, most robust pump organs in the business. This particular model was popular with tent revivalists, travelling ministers and army/navy chaplains because it could fold down to a small size, had a strong oak case and would stay afloat if its parent vessel capsized! 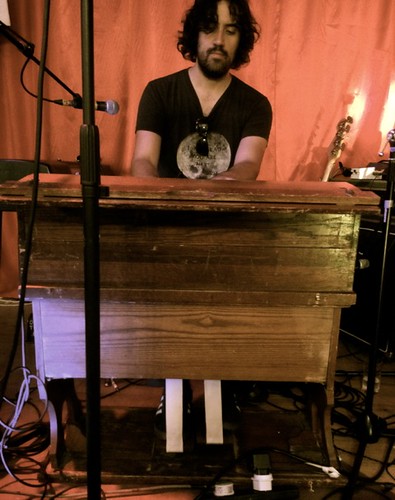 We found the instrument on Craigslist in Maine and paid $200 USD for it. The previous owners had used it as a plant holder for several decades. The casing smells faintly of frankincense, which leads us to believe that this instrument may have been used in church services at some point.

We had it restored by a pipe organ builder and have been using it ever since. Little JJ is like the rickety grandpa of our family of instruments: he's got bad legs and a few missing teeth but still has a strong voice and character! 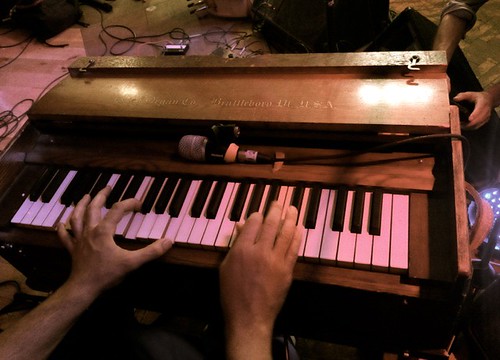 Current single, 'Even The Darkness Has Arms' is out this week. 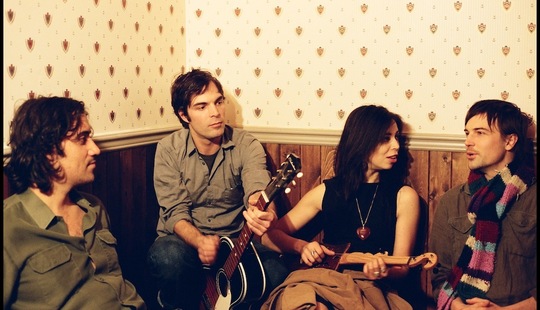