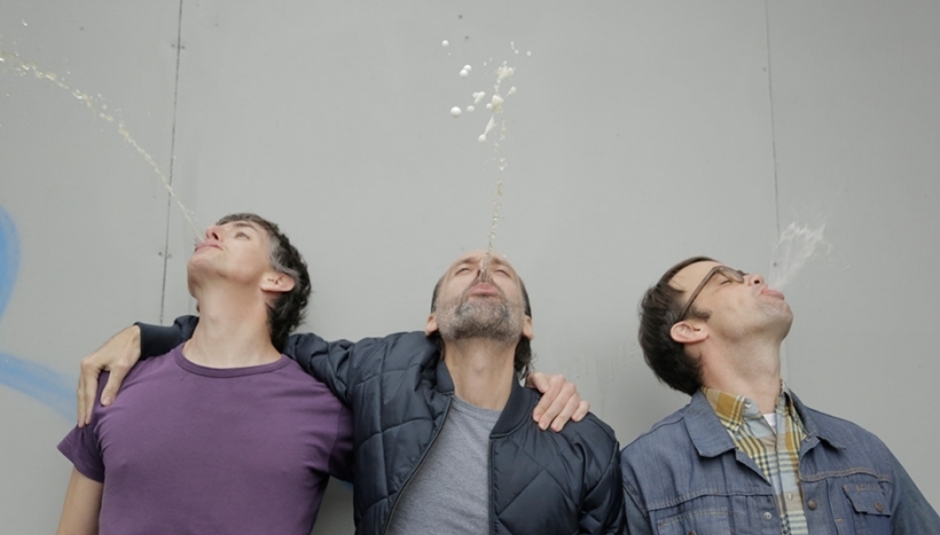 With their tenth album, Trans Am have bloody nailed it. The appropriately-titled Volume X is a big, bold, brimming beast of a record, arguably Trans Am’s greatest work to date. A strong case for bands to stick in it for the long run instead of burning out or fading away, Volume X joins the pantheon of ‘Great Tenth Albums’ alongside Sonic Youth’s A Thousand Leaves, Oneida’s Rated O, Swans’ Soundtracks For The Blind, and (erm) Yellow Submarine. Volume X quashes the prior criticisms thrown at this “post-rock-electro” band (a term that never did justice to their distinctiveness), that they were being too cheesy, ironic or parodic for their own good (though the group always protested their sincerity). Volume X’s electro and rock elements are in perfect harmony. The rich, crisp production is spot on. There is a slick, cohesive flow, despite the record darting from Karl Bartos-esque industrial mini-symphonies one minute, through futuristic thrash metal the next, to wonkily sentimental vocoder ballads. Volume X may be fun, but it sure ain’t silly.

To mark the release of Volume X, one of Trans Am’s three multi-instrumentalists, Phil Manley, told to us the ten things that influenced the ten tracks on this tenacious and tentacular tenth album...

Phil Manley: ‘Anthroposcene’. The title is inspired by the concept of the human age in geologic chronological terms. It is arguably the worst riff I have ever written. I shat it out in two minutes. Nate and Seb seemed to like it, so there it is.

PM: ‘Reevaluations’ is inspired by the McCoy Tyner album of the same name. There was a trend in the Sixties and early Seventies of giving jazz albums titles like Explorations, Transfiguration, Illuminations, etc. ‘Reevaluations’ sounds like a slightly pathetic plea to “come on and give it another try” kind-of-thing.

PM: ‘Night Shift’ was Seb's idea to crossfade a straight 4/4 drum beat with a swung, 6/8 feel. As expected, it yields upsetting results. My guitar parts were completely improvised and performed in two single takes. I was hugely inspired by the Foxx Tone Machine octave fuzz pedal. The octave function allowed me to play notes way up the neck and create a violin-type sound. Eddie Hazel’s endless soloing style was also a big influence on this track.

PM: ‘Backlash’ was a song I wrote for a soundtrack. The director asked me to compose something that sounded like Metallica’s Kill ‘Em All and, in particular, like ‘(Anesthesia) - Pulling Teeth’. I’ve been a huge Metallica fan since I was in junior high, so this was not a stretch for me. During the recording of Volume X we were hugely inspired by the book Murder in the Front Row by Harald Oimoen and Brian Lew, which is a collection of photographs of the San Francisco Bay Area thrash scene in the mid-to-late Eighties. It is an amazing document.

PM: ‘Ice Fortress’ is an electronic track that Seb wrote in New York and brought to the session. We tried adding lyrics and all sorts of things as an effort to make it not sound like Tangerine Dream/Steve Moore. We eventually stripped it all back to the bare-bones and went for more of a it-is-what-it-is kind-of-approach. To set it apart from those artists, I added some arpeggiated electric guitar.

PM: ‘Failure’ is a track that was recorded in New York. I was not present during this recording. I would say this is possibly influenced by the sort of anti-music aesthetic of bands like PiL. There is no tonal centre. The melodic components do not adhere to a traditional “key” or “scale”. I find this piece to be very dark, heavy and upsetting. It’s like a bad trip. I always look forward to it ending. It also sets up the next track perfectly.

PM: ‘I’ll Never’ was written by Nathan. This track went through many different iterations before we settled on this version. There’s another version that exists that was a Jesus and Mary Chain-style take. We scrapped it (only to be used by Thrill Jockey for promo purposes!). There was also a Ramones/Buzzcocks-style pop-punk version which will never see the light of day. The album version was a more Spacemen-3-does-gospel-with-a-robot-vocalist kind-of-thing. Am I making any sense here?!

PM: ‘Megastorm’ was inspired by Hurricane (or Megastorm) Sandy. Seb wrote it in New York while that was going on. It has the feeling of a very deep tropical depression. The end of the song has the sort of “eye-of-the-storm” kind-of-vibe. A lot of different people have mentioned that this track sounds a lot like a Cro-Mags song called ‘We Gotta Know’. This was purely accidental, since none of us are Cro-Mags fans or really know their music at all. After checking out their track, I can see what people are talking about. I guess it’s the first two notes that are the same. The one circuitous connection here is that we all grew up Bad Brains fans and Mackie [Jayson], the Cro-Mags drummer, actually plays on the Bad Brains album Quickness. Tenuous, I realise, but we’re talking about influences here.

The band tour the UK and Europe in November. 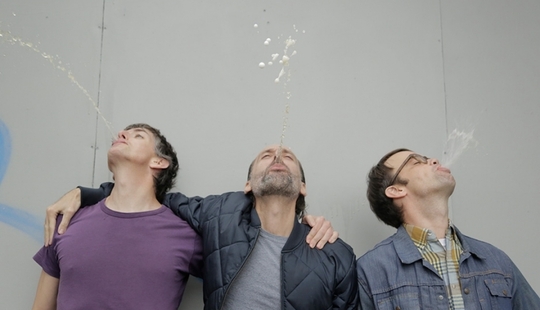