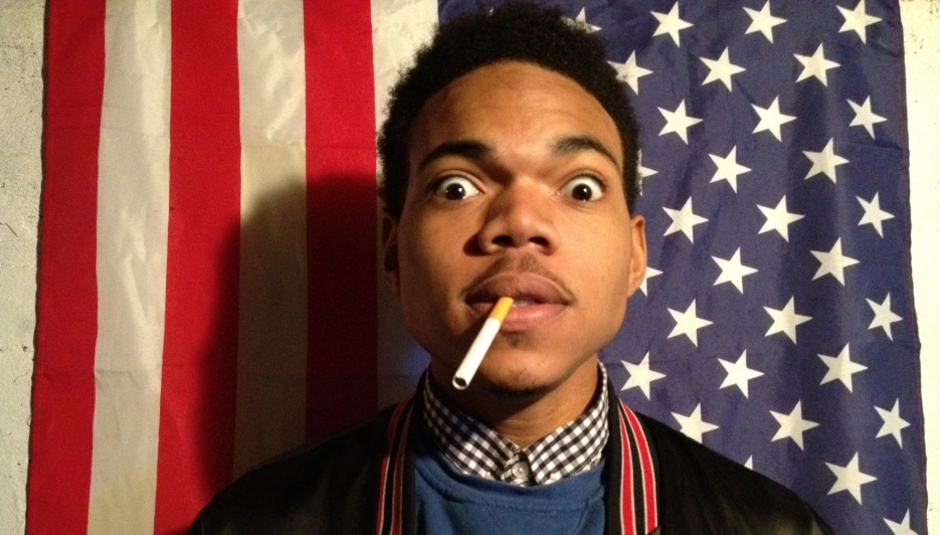 Champion Sound #20 - A delve into the underbelly of Hip Hop

Champion Sound #20 - A delve into the underbelly of Hip Hop

‘Indie’ hip hop has a long and vibrant history, but the term’s meaning has become somewhat of a puzzle… Take a look into its inception, cultivation and what it sounds like today. 1989: A year at the end of an extremely varied and confusing decade of music and culture. At its beginning, the remnants of punk and the beginning of new wave. At its end, the overdue death of hair metal and the grunge rumblings of people with considerably looser trousers. The new millennia is in sight, it’s five years post the Orwellian prophecy (some of us still enslaved by a substantially less impressive Channel 5 Big Brother), Bill & Ted are on an excellent adventure, Doc Brown is overacting all the way Back To The Future and, in the background, hip hop is reaching its plateau. In fact, if you take a look at the hip hop records released in that year, you can see a blueprint, a glimpse of hip hop’s present many facets.

Inspired by N.W.A’s seminal Straight Outta Compton, Geto Boys dropped Grip It! On Another level, a gangland classic which would influence an impressionable Tupac Amaru Shakur; LL Cool J started to become a romantic; Ice T unveiled The Iceberg: Freedom of Speech... Just Watch What You Say to a barrage of controversy; Public Enemy sang ‘Fight The Power’ and Big Daddy Kane, Rakim and Boogie Down Productions were beginning their end and leaving a generation of rappers galvanised. From this snapshot in the genre’s history we can see the stems of progression, but a lacking in vibrancy. While the UK revelled in Acid House and an ecstasy fuelled ‘second summer of love’, hip hop was, on the face of it, yet to get a taste of flower power. However, De La Soul’s classic debut, 3 Feet High And Rising, bore ‘The Daisy Age’ and along with it, a tangent of artists working left-field who began what we might today be inclined to call ‘indie’ hip hop. Whatever that means.

The term ‘Indie’ has slowly become a poor substitute for anything slightly left of centre; something the middle of the road uses to describe a sound with quirk and something the extremities use to label anything not quite rad enough for them. It’s function, a one size fits all prefix to nestle all of the little ambiguities within one bosom, and hip hop is no different. Among the music landscape of hip hop in the late 80s and early 90s, where gargantuan ego was becoming a prerequisite and an obsession with gun-toting gangster rappers was taking over, pockets of psychedelic colour were also appearing on the East Coast – mostly within the camp of Long Island trio De La Soul. Their sound bending debut not only offered a much needed sense of comic relief and a splash of colour, it innovated the skit tradition, used far-reaching samples (Steely Dan!), psychedelic construction, full of staggering and contortions, and has become one of the most influential hip hop records of all time; Andre 3000 would be but a shade of the Prince/Jagger impersonating little genius he is without it.

Jungle Brothers and A Tribe Called Quest, both who appear on 3 Feet High And Rising’s ‘Buddy’, also inhabit this area; substantially less bleak and contrived than its gangster counterpart. Both belonging to the overarching collective Native Tongues, both weaving elements of jazz into their production, both placing lyrical depth above everything else and both “Smooth like butter”, the two outfits encapsulated a more saturated tangent. All three were some of the first groups to draw from a wider pool of influence (‘Can I Kick It’s Lou Reed sample has now embedded itself into hip hop tradition) and some of the first to begin an alternative culture of art, thought, variation and an endless breadth of vision within hip hop.

Ten years on and in the late 90s things are looking very different. Biggie and Tupac are both expired, the East v West coast thing is fizzling out, and the shape of the new era of hip hop is forming; again coming out of the treacherous waters of gangster in a bright, funk infused glare. Outkast land with their third record Aquemini, a record that proves the old tussle between East and West is over and that a couple of spaced-out rappers from the south can be just as relevant as any Californian or New York wordsmiths. It provides a blueprint for the next ten years, one that is bettered only by Skankonia and Speakerboxxx/The Love Below. Outkast continue the alternative tradition in a haze of pink, purple, fur and pop prowess. Their career defining Speakerboxxx/The Love Below offers shades of dance, funk, pop, Prince strut and, like 3 Feet High And Rising, a coherent narrative, psychedelic construction and sass: “lend me some sugar I am your neighbour!” – The rest is history, we are changed forever.

The fruit of this tradition, which spans the length and breadth of hip hop’s mythologised ‘Golden Era’, has culminated in a point of no return. We cannot escape the electronic warbles and psychedelic hints in contemporary hip hop - it's unavoidable. In a post-Yeezus world, the terrain of hip hop is smattered with remnants of gangster rap and political musings, but what we are really faced with is this amalgamation, this Frankenstein melting pot we call "indie".

Metal Face has “Got more soul than a sock with a hole” and is a leading protagonist in the left-field, providing heavily sampled, experimental hip hop since 99’. Now he is as prolific as he is mysterious, with one of the largest cult followings in hip hop, period. With a gargantuan body of music, dripping with comic book references, he has only gained real commercial props in the last 10 years or so, but an obsessive work ethic and unique signature have made him an alt-hop icon not to be trifled with. There is no downplaying the production genius, lyrical wealth and sharpness of his solo, collaborative and side project work; the villain of hip hop is unrelenting and continually pushing the boundaries of sound.

It was two years ago that Captain Murphy released his Duality mixtape and revealed to the world that he was really cosmic producer FlyLo. He has been a leading figure in the bright world of alternative hip hop, creating jazz-infused instrumental epics under his Flying Lotus moniker and sci-fi drenched electronic hip hop as Captain Murphy. Not only does he make hipsters moist at the mere mention of his name, but his clout is not undeserved. A pioneer in the ever expanding alternative underground, championing experimentation in the face of mainstream predictable mediocrity.

Although Kanye West may well be Chi Town’s most notorious rap megalomaniac, the city is home to a host of growing talent, foremost Chance The Rapper. This is a man who has barely left his teens and whose last two self-released mixtapes (most notably Acid Rap) have become milestones in current indie hip hop. An electronic psychedelia permeates throughout and his slurs melt shades of west coast and southern rap with seamless skill. A definitive artist of the last couple of years whose electronic quirk has helped shape the current landscape of hip hop.

No one really knows what the deal is with Odd Future anymore. Tyler is about as unpredictable as anyone could be. Will they release anything else? Maybe yes, maybe no; it all depends on whether they have had their fill of cartoons and skateboarding for the time being. Crashing onto the stage in a frenzy of punk styled obscenities way back when, the collective have been one of the leaders in hip hop for white kids moshing and undoubtedly one of the stand out acts of indie hip hop of recent years. Supreme have made a killing in their wake.

Death Grips: 2010 – 2014 R.I.P. Yes, it is all over for Death Grips (Or is it, it’s hard to really tell) and it would be an understatement to say they gave us food for thought. What they did was tear hip hop a gaping new arsehole and exit without so much as a “By your leave”. Their industrial, eclectic, apocalyptic and fiendish style of rap has left us now completely open; no water has not been tread and no rock left unturned. These three Sacramento anarchistic maniacs have had a short, but fruitful four years in which they redefined the very fabric of hip hop.

Since 89’ there has been a seismic shift in the sound of hip hop and a continuing tradition of alternatives that provide us with a third dimension of listening. It began with De La Soul, continued with Tribe, Outkast, DOOM and has finished (for now) with the disassembling of Death Grips. Hip hop is often weighed down with criticisms of sameness, shallow meaningfulness and vanity - all of them true to an extent. But throughout its history there has been something alive which plays against all of those criticisms, something that we can call - for want of a better a word -"indie".

Read the rest of the Champion Sound columns here. 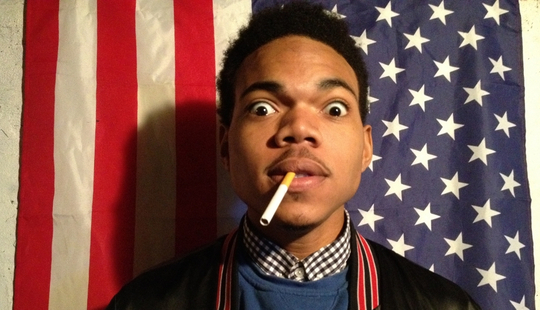