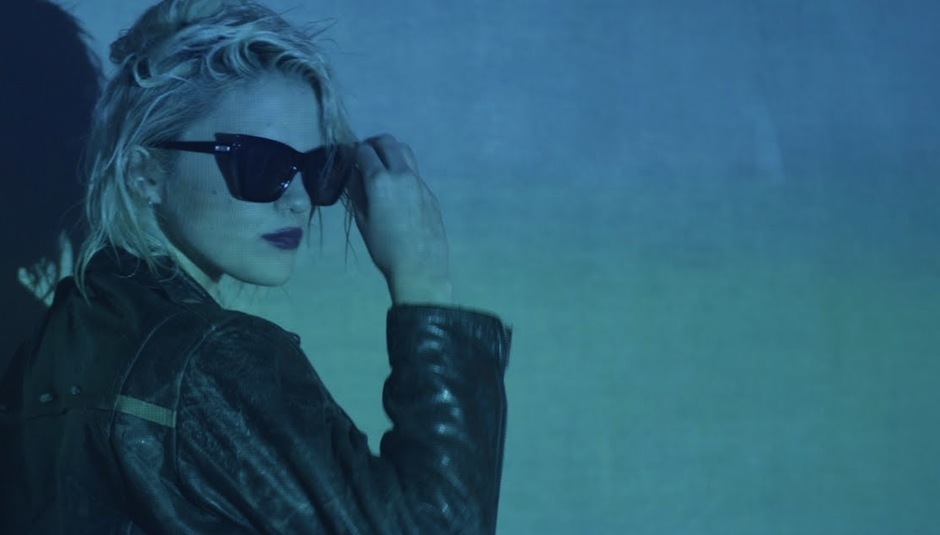 Hello. Thanks for tuning into Drowned In Sound’s weekly compilation of the best singles, tracks and other amazing gubbins we found on the internet.

Over the past seven days we’ve seen Arcade Fire hang out with Michael Cera, Sleigh Bells ditch their guitars for the first time ever and a girl called Lizzo invent a whole new use for pig fat. Also, Cults are back on melancholic form and Pusha T has asserted his credentials as an ego-free rapper via the humble tones of ‘King Push’.

As if all these musical offerings weren’t enough, Sky Ferreira has gone and done the unthinkable: write a better tune than ‘Everything Is Embarrassing’. Naturally, ‘You’re Not The One’ is Single of the Week.

Single of the Week.

Sky Ferreira - You’re Not The One (Polydor) Sky Ferreira is in trouble. She’s surrendered to obsession and is destined for heartbreak. ‘You’re Not The One’ is her last play for requited affection and it’s not pretty.

In place of ‘Everything Is Embarrassing’s self-loathing wallflower stands a violent femme with a disconcerting eye for sharp implements. Shorn of her long blonde locks and draped in a scraggy art-rock riff, Sky’s new persona channels the lovelorn spirit of Nancy Sinatra to self-destructive effect.

“It’s the middle of the night and I’m so gone,” screams the 'Sad Dream' chanteuse to anyone in earshot. “And I’m thinking about how much I need you but you really want somebody else.”

Sky may be cavorting towards tragedy, but at least she's strutting to the tune of In Utero as performed by Alex Kapranos. ‘You’re Not The One’ is an astonishingly catchy track that easily ranks as Ferreira’s best yet. It’s not a Blood Orange song by any other name, nor is it a lo-fi take 90s R&B. It’s a broadcast from the bleeding edge of cool that’s transmitted right at the heart of your inferiority complex.

If Sky Ferreira can’t attract a kindred spirit, what hope is there for the rest of us?

Of course, the backdrop to Sky’s latest single isn’t so rosy either. Her recent arrest “on misdemeanor charges of criminal possession of a controlled substance and resisting arrest” strikes an uncomfortable chord when sat next to ‘You’re Not The One’. Bleak subject matter has been mirrored by troublesome mug shots and scandalous headlines.

Just as her debut album is finally set for release, this former teen starlet's fate seems perilously uncertain. As ‘You’re Not The One’ goes to show, ‘happily ever after’ is far from the norm for Sky Ferreira.

Reflektor may be a month away for Arcade Fire, but its promo campaign has already kicked into overdrive. After performing the album’s title track and ‘Afterlife’ on Saturday Night Live, Win Butler and co went on to debut three more songs as part of this Roman Coppola-directed short.

‘We Exist’ is the pick of the bunch, it fuses new wave synth and swooning violins into a rapturous five minute wig out. Similarly to ‘Reflektor’, ‘Here Comes the Night Time’ and ‘Normal Person’ seem to drag out their charms for an indulgent amount of time. Don’t get too upset, there’s a genuinely funny Bono cameo to cheer you up.

‘Chloroform’ is the latest in a long line of Phoenix song’s off Bankrupt! to be given the deluxe remix treatment by a notable band or artist. In this case it’s Sleigh Bells who have stepped up to the plate offering a completely new spin on the track featuring gun shots and Alexis Krauss’ sugar sweet coo. Which remix is best? Here’s a handy top 10 list:

You probably remember Cults for ‘Go Outside’, a gleeful call to bathe in the world’s immeasurable wonder instead of sitting on your arse at home. Well the days of such glockenspiel-centric horseplay are over. Madeline Follin and Brian Oblivion have gone all serious, just in time for the release of their second album, Static.

'High Road' is the lead single and it treads delicately around Beach House’s dream-pop mould while carving a quaint little niche in the genre for Cults themselves. This is largely thanks to spectral Ben Allen's (Deerhunter, Animal Collective) production work, which weaves together threadbare guitar lines and distant flourishes of bass into something pleasantly mesmersing. An unexpectedly welcome return.

Since Kanye West took Pusha T under his wing, I’m sure a lot of valuable lessons have been imparted from mentor to mentee. For example, if Joaquin Phoenix offers you a beat for your album you should graciously accept it. If you possess an awesome, rasping voice never stop using it and if you’re given the chance to talk about your new album for an hour, don’t let the New Zealander sitting opposite you get a word in edgeways.

In the case of ‘King Push’, that last bit of advice doesn’t really apply but it sound impeccable and features enough overly-enunciated syllables to register on a seismometer.

In an ideal world, Phil Spector wouldn’t be serving a 19 years to life prison sentence for second-degree murder. Instead, he would have kept his predilection for firearms in check and set about adding a sumptuous Wall of Sound sheen to Swim Deep’s re-release of ‘Honey’. These are the only circumstances in which one of 2012’s finest singles could have been bettered. As it, is it remains exactly the same as ever. Still, what a tune!

If you watch one video with a man’s bare chest being larded up this morning, make sure it’s Lizzo’s promo clip for ‘Batches & Cookies’.

Facing The Other Way...

Belle and Sebastian: Frozen in the Mo...

Facing The Other Way...