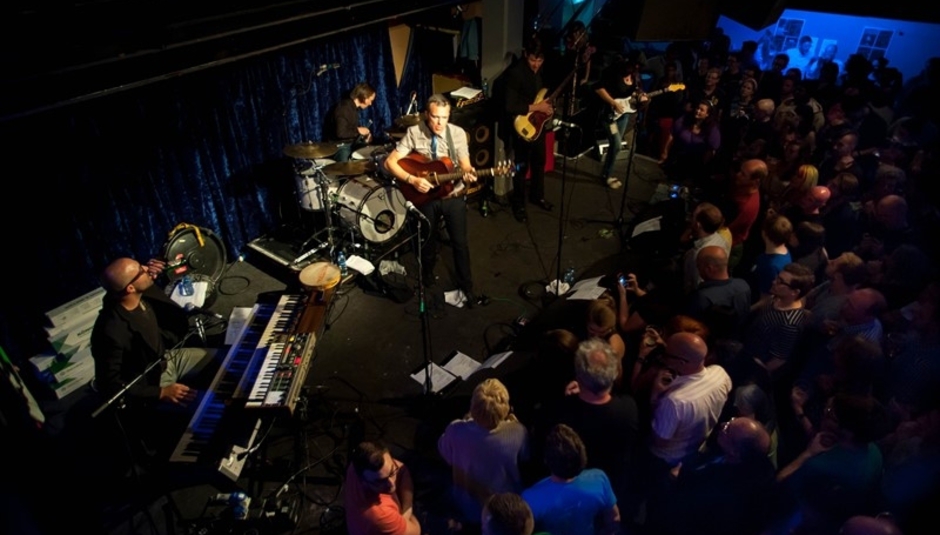 DiS' Dan Lucas on The Crimea's last ever gig...

Last week was the turn of The Chapman Family; this Tuesday night at Camden’s Jazz Café the world (OK those who know the venue will know we’re stretching it a bit there) bid goodbye to The Crimea. Sure, neither of these bands ever made it really big, drifting in and out of the mind of the casual indie music fan, but the crowd reaction at the latter’s farewell show demonstrated that – for their ardent fans at least – seeing a talented band capable of producing three genuinely fantastic albums leave us with a suspicion that they never quite became the alt-rock crossover success they deserved to be, is enough to bring about a certain sadness.

As J.R. Moores neatly put it in his recent review for DiS, “Their second album, Secrets of the Witching Hour, was released as a free download long before the likes of Prince and Radiohead jumped on the giveaway bandwagon. It was downloaded over 100,000 times in three days and was labelled one of the TOP 5 MOMENTS THAT CHANGED MUSIC HISTORY FOREVER by someone at Q Magazine. Alas, fame still didn’t beckon.”

There’s a temptation amongst music critics to blame ourselves for this frustratingly untapped potential (not blame ourselves personally you understand, no it’s the music journalism industry as a whole that’s at fault). We can lambast publications for whom we don’t write for being apparently in thrall to record labels and PR companies and as such giving them ill-deserved attention and lavish praise, or others for a focus on covering 120 mediocre new bands a day in a bid to keep up with the fickle hipster crowd. When we’re unable to give a genuinely fantastic band the deserved time of day, who can blame them for thinking “fuck this” and looking for something new?

A huge amount of credit must therefore go to The Crimea for not only bothering to give their faithful remaining fans a fantastic new double album, but to give them one last chance to say goodbye in person with an emotional show. “They never got the recognition they deserved” said tearful fan Ben Spittle, 43, after the show. “Their songs are epic, far-reaching and close to perfection.”

The epic, far-reaching nature of the songs gives ample room for showcasing each of the band members’ individual talents, but there’s no doubt that singer Davey McManus is the main focus on stage. His cracked and warm voice is full of skittish emotion, which is infectious right the way through from opener ‘Loop-a-Loop’ to the likes of ‘Opposite Ends’ and ‘Baby Boom’. Although the setlist is loaded with songs from the previous day’s release Square Moon, the packed crowd wastes no opportunity to join in; dancing and singing along as if to say “you really really will be missed.”

If this makes it sound like something of a funeral then the encore erases any thoughts of it being a gloomy, philosophical affair. Bubble drift from the stage into the crowd as they lead us through an encore of Fleetwood Mac’s ‘Everywhere’ – with backing vocalist Tara Blaise in fine form – and their biggest hit, 1996’s ‘Lottery Winners on Acid’. McManus is now off to set up an orphanage in South Africa, where he has recently been working as a children’s nurse: if this isn’t an optimistic note on which to end what could otherwise have been a frustrating career then we don’t know what is.

"We almost crashed. Everyone was scar...