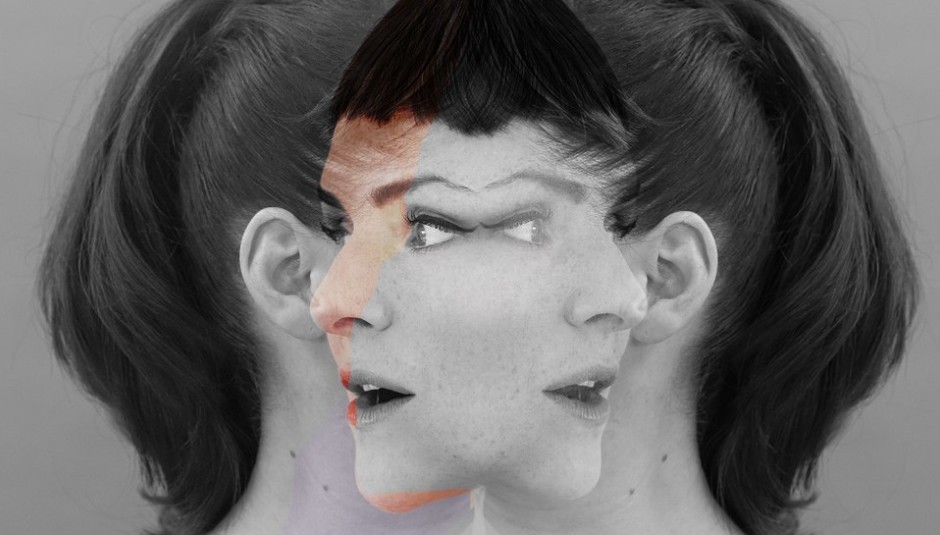 As the plane from Reykjavik to London came into land, there was a problem. Hands were held, eyes were shut and gasps were heard. Emiliana Torrini thought about a song.

It was no ordinary song. The Icelandic singer had been working on it for five days. Producer and best mate Dan Carey had been pushing her military style to finish it. It survived being lost at the airport before making it on the flight to Heathrow. The hairy landing could have ended it all.

Thank God they, and it, survived.

"Dan worked me like a sergeant! I woke up at seven in the morning with him in my face! He bribed me to work on it with trips to the Blue Lagoon. Then he lost the bag with the song in at the airport and, as we landed at Heathrow, we almost crashed. Everyone was scared. But we got there...with the song!"

It was the end of another turbulent journey for Emiliana who was caught between the rock and a hard place of motherhood and musician - both essential, demanding and rewarding in their own ways.

Emiliana admits that the pull between the two roles made her lose her sense of identity and almost made her lose her mind. But it was also the journey that formed a new sound, her beautifully serene folk songs now laced with electro.

"My journey was extremely complicated and I'm still trying to figure it out. There have been extreme highs and lows. It was like I was split into two people. I was being a mum to a baby, but I was also making music - doing what I needed and wanted to do. It was impossible for me to not do either of them. But suddenly there were things to think about and something more important than myself. I have always been very uncompromising, so it was really hard. I ended up having what I call a 'mini luxurious breakdown' in the toilet at a Bat for Lashes concert! My brain became all pixelated and I couldn't see or think for hours. It was then Dan said to me 'you're not ready to make a record'."

The album was put on hold while Emiliana and Dan took time out, experimenting with different synth sounds on a swarmatron. Other friends, including writer Simon Byrt, came into the mix and, eventually, music was being made.

It was music borne out of good times and even a makeshift disco complete with lasers and a smoke machine. You can only wonder if the same disco-writing magic occurred when Emiliana and Dan co-wrote and produced Kylie's 'Slow'.

"I felt I needed to go dancing with the girls," Emiliana says, "but my 'girls' were Dan and Simon! Using these new sounds and being relaxed with them was very freeing. It's not something I'd ever done with my music before."

While the bare bones of the tracks were coming together, Emiliana knuckled down on melodies and lyrics, which gave her time to reflect on the mum and musician roles again. Where the two cross is Tookah. It might be a made up word but, for Emiliana, it encompasses everything.

"When I was in the studio I was saying it over and over...I felt this bliss. I felt this split in my head – good and bad almost. In the middle there was a feeling of being so grateful. It was beautiful, and simple, like some kind of magic. Everyone is trying to live in Tookah!"

It might sound a bit fantastical, like 'Gollum's Song' has gone to Emiliana's head, but Tookah the album does have an element of the mystical to it – playful and haunting like something out of Bowie's Labyrinth at times mixed with the spine-tingling and heart-breaking loveliness that's recognisable Torrini.

It harks back to her other influences too, from Eric Satie and Isao Tomita's 'Snowflakes are Dancing' to her love of Bill Callahan – a man she tried to write with many years ago, but was too "excited and nervous". She covered his 'Honeymoon Child' on 2005's Fisherman's Woman in tribute instead and still wears a cowboy boot on a charm bracelet.

While Tookah may be her "favourite" album (and Fisherman's Woman her "love"), Emiliana says she's still more frightened than excited by it. There's no need. Not only will it delight her followers who have been waiting for a follow up to 2008's Me and Armini, but the whole Icelandic folktronica thing is as hot as Eyjafjallajökull – just look at the likes of John Grant's Pale Green Ghosts and Mike Lindsay from Tunng's superb side project Cheek Mountain Thief.

The turbulence doesn't stop there though. For Emiliana, she's getting used to "feeling like a foreigner" in her home country. She's moved back to Reykjavik after 16 years in London – almost as long as she spent in Iceland.

Again, she's torn between two lives that she doesn't want to compromise on – England, where "friends become your family", and the longed-for peace, tranquillity and nature of her homeland. Either way, she can always live in Tookah.

Tookah is out on 9 September on Rough Trade Records.

You can download Andrew Weatherall's 10-minute remix of Emiliana new single ‘Speed Of Dark’ below.