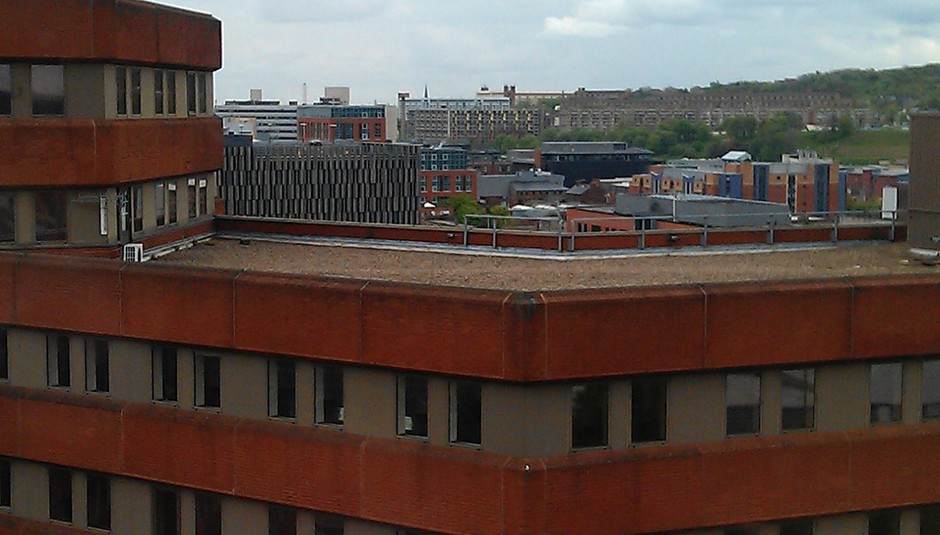 A funny thing happened the other night. DIY label Tye Die Tapes were putting on a gig at their recording studio, and after great sets from Pet Rock and Avida Dollars, Cardiff’s Joanna Gruesome were doing their thing. Unfortunately their set was cut short when the noise police showed up, and we can obviously have a debate about whether or not TDT should be putting on gigs when it pisses off the neighbours, but something pretty great happened as a result. Instead of headliners Saturday’s Kids being sent home early, phone calls were made, and we all piled into cars to continue the gig at The Audacious Art Experiment’s space near Bramall Lane. Now, I’ve been going to gigs for ten years, and I’ve never seen a show that changed venues halfway through, but it’s a nice example of how, if we all work together, we can make Sheffield’s music scene not just work, but thrive.

In many ways, you can say the same about last month’s Tramlines festival – having every venue, promoter and musician in the city pitching in to provide an incredible weekend of live music is something we can be very proud of, and this year’s event was easily the best yet for the kinds of bands we cover in this column. Best Friends, Mad Colours, Seize The Chair, Screaming Maldini and Blood Sport put on some of the weekend’s best shows, and Robert George Saull and Andrew Hirst from The Purgatory Players playing songs from The Simpsons on the Buskers Bus was frickin’ hysterical. The highlight though, it has to be said, was Drenge raucously closing the weekend at The Great Gatsby (have you ever seen a crowdsurfer pinned to the ceiling? No, neither had I until that set). Have a look at their new video, bravely filmed on a Friday night in West Street, and you’ll see what’s so impressive.

Sounds from the studio

So, Hey Sholay are releasing an album. It’s called ((O)), and we think it’s going to be great. The band’s been featured here plenty of times before because we’ve loved the way their singles’ psychedelic streaks have mingled with the chemicals in the happy part of our brains. If you’ve seen them live, you’ll know that Liam Creamer is one of Sheffield’s most enthusiastic, charismatic, passionate frontmen, and we’ve every confidence that the album will capture the magic in their music.

On September 14th, you’ll be able to get the debut single from Best Friends. In their usual surf-pop, slacker style, it’s called ‘Surf Bitches’, and it’s as super-catchy as we’ve come to expect from the band. Earlier this month they released a split EP with hardcore duo Grazes on the awesome Art Is Hard Records. The 7” is now sold out, but you can still hear it on Bandcamp or see the brilliant video for Best Friends’ ‘Dude Love’ below. Warning: contains extreme fun.

You may recognize one of the stars of that video from him playing guitar with Avida Dollars, who released their debut single last month. The release was accompanied by a crazy launch party at The Green Room – think crowd-surfing, human pyramids, people jumping off the bar and you’ll get the idea. ‘Golden Dracula’ itself is one of their more laid back tracks but it’s got a great sense of Les Savy Fav-style post-punk melody.

Likewise, the newie from Wet Nuns is pretty subdued by their standards. Due for release on September 10th, ‘Why You So Cold’ has an engrossing Rawhide rhythm, raspy vocals and earfuls of cinematic slide guitar.

You almost think they might have learned a technique or two from acclaimed folk collective The Big Eyes Family Players. They released their new album, Folk Songs II, earlier this month and with collaborators including Alasdair Roberts and James Yorkston, this is a must-buy for all you beardy folk fans. You can celebrate its launch with the band themselves at The Riverside this Thursday.

Sounds from the stage

As festival season comes to an end, normal service on Sheffield’s live music scene is about to resume, and as you’ll see from the listings below there’s lots to look forward to.

October 14th – This Many Boyfriends – The Harley

October 19th – Toy / Charlie Boyer And The Voyeurs – The Plug

Sounds from the future

The bigger boys at The Quietus beat us to this one, but Unmade Bed is the latest project from Dorian Cox off of The Long Blondes. The tracks they’ve got up on Soundcloud sound like disco classics crafted in a city centre bedsit, which isn’t quite like anything we’ve ever heard before. Cox is also credited as co-producer on this intriguing little track by L’Amour Des Reves we’ve stumbled upon:

Longest Serving Understudies, meanwhile, is a collaboration between Luke Twyman from the über-experimental Trans/Human and Sophie Pettit from wonderful alternative acoustic ensemble The Mother Folkers. We caught them down at the Audacious Space last month and were mightily impressed by their scrappy drums and blotchy acoustics.

That evening also featured the debut live performance of Toucans, the new band from Adam Humphrey of weirdo blues-punk duo Horses. This is lo-fi garage rock at its most extreme, like if Kurt Vile went feral and recorded all his songs down a walkie talkie.

A more recent visit to the Audacious Space introduced us to Che Ga Zebra, a side-project of Loic Tuckey and Ben Hunter from Wooderson. It’s aggressive, jerking, post-punk in a similar vein to the pair’s main band, but with a darker vibe that’s hard not to be captivated by. Listen to an EP of their below, their entire set from that Audacious gig here, and don't forget to check out Wooderson's incredible debut album, Let The Man Speak.

Now, let’s go back to the first band we mentioned in this column and enjoy a video of fuzzy college rock, courtesy of Pet Rock: