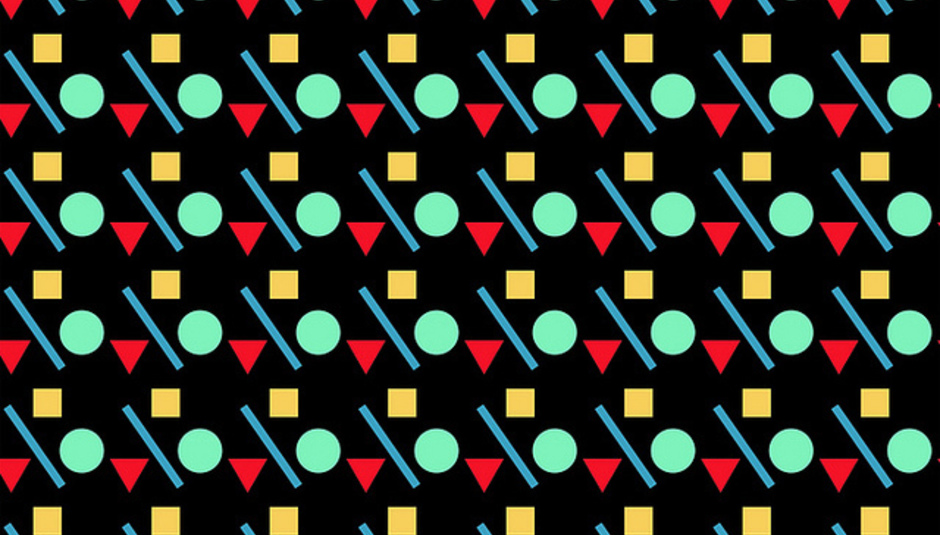 Luke Abbott’s bleary-eyed efforts are that special thing; slow-builders that earn the right to their ambling pace. It seems to me his work is an exercise in patience rather than self-denial, though he isn’t one for cheap tricks, stateliness is the word, I think. ‘Modern Driveway’ however, is especially impressive in the way it has you thinking almost immediately of Coen Brothers' roads, or lights that sing hazily in the distance, that you want to pull towards you, by sheer will. All of which tortured prose indicates that I am a bit drunk on him – not least because I finally went to Holkham last weekend, and it was as rare, bleak and emptily beautiful as music that good, and named after it, should be.

Starting with birdsong, ‘Young & Lovely’ is some thoroughly enjoyable baroque ponce-pop. Which means it has a time signature that has spent too much time on the waltzers; a brass section that has supped all the eggnog and a central performance that is one part Brian Molko to five vials of emo blood (worn around the neck for the precise purpose of provoking those in the vicinity to ask if it is, like, real). I will admit to being a bit of a sucker for this kind of theatrical nonsense – I find people singing in a jolly way about how doomed they are, rather refreshing. In the video, a lot of overly-pouffed fops (as in: the sort of people who probably spend weekends in the country shooting peasants for sport) appear to get a man pregnant in a skyscraper cocktail bar. As you do.

When all the snags get rubbed off a thing I start to get itchy and bored, which is why the continued absence of guile in all Poppy and the Jezebels' releases makes me want to throw a party: so it is possible, freshness can be eternal. It’s three years since the wonderful ‘Rhubarb & Custard’; six since their first single; and even though they’ve been kicking about for donkeys, they still seem thirteen – unjaded, and preserving a real, blue jeans sort of vim. ‘Sign In! Dream On! Drop Out!’ sees Richard X put his sticky paws all over them but I don’t want them to run – after all, this has a Thatcher breakdown at about 2:13 and some of his uniquely droney and provoking keyboards on it. I suppose what I’m saying is that they’re not the sort of band you could ever imagine oh-whoops-accidentally sticking an ill-clothed bumcheek out for American Apparel; they don’t have the kind of cold-tea demeanour that is (as far as I can tell these days) considered ‘cool’. It’s heartening, really.

Having cured myself of the internet months ago, I managed to keep my discovery of Port Of Morrow entirely personal, thoroughly enjoying The Connan Mockasin Ones and The Neil Finn Ones without anyone’s snap-judgement or pointless snark breaking through my bubble-reverie. ‘The Rifle’s Spiral’ isn’t either of those, it’s the one with the insistent piano keys that fidget their way through the whole song, making it a bit relentless and compulsive, it’s got a bit of a desperate air. But like most Shins fans I have no objectivity about this band; hate having to do anything so common or vulgar as pin-them-down or describe them; and am equipped with literally no sense of humour if others are not similarly appreciative.

In its favour, ‘No.1 Against The Rush’ has some enviable texture, marrying a belly-rumbling (but gratifyingly subtle) bassline with synth pulses that range about, lively as bubbles. It’s balanced by enough distort to keep the durm und strangers happy, and though it provoked Our Editor to send a boyish OMGI<3THIS email this morning, I myself am a little allergic to the stern poncery of the vocals. Different opinions! LET’S FIGHT ABOUT IT ON THE INTERNET.

Endless piano rolls, optimistic chord changes and no nasty surprises are the order of the day on ‘Spin That Girl Around’ - even if Euros sees fit to include some lyrics about how war is bad at the beginning of his single. I quite like war, and this is an earnest little thing really, two minutes of vague chat about travelling on planes and trains interspersed with Childs’ titular Girl saving the day, as if dancing/ladies ever solved anything. Wake up, Euros, you ruddy great fool! There’s no point fannying about writing graceful, kind-hearted pop songs when PEOPLE ARE DYING OUT THERE.

Despite some abysmal, first-draft-stinky lyrics, ‘She Got A Wiggle’ rises above, mainly because He has a voice you cannot buy or end up with - no matter what you put on the table at the cross-roads or offer in your sweaty palms when the devil comes round for biscuits. It’s a rough sketch of a single really, clumsily recorded and pensioner-slow by today’s frantic, everything-all-at-once standards. But this also makes it something of an antidote, in an age where over-production is ubiquitous, and stuff is just too shiny. It’s still a song about a nice arse by an old man though.

Errors are a reliable band, and if years of Gardener’s Question Time has taught me anything, it is that I am allowed to compare them to 'hardy perennials' without really knowing what it means. Let my Mum do my garden, let me tell other people it keeps her busy when secretly I am embarrassed and grateful, and let Errors stick their head above the parapet every 18 months, steady as all get-out, ever-fond of steely guitar lines, ambition as high as pylons, gazing off into the distance wistfully. I mean, in many ways ‘Tusk’ is as godawful and cheesy as they come. But you sort of get the impression that Errors mean it in a non-wanky way. And that all those frosty keyboards come from the heart, not the lab.

There’s something so artful and self-concious about Still Flyin’, and I just can’t put my finger on it. I mean, I’m sure they are ‘nice and everything’, but they seem to me the kind of band who wear their influences too sardonically, as if they were toying with the idea of pop music, rather than really loving it, from the bottom of their bottom. The white suits and faux anguishface in the video don’t help here. Bearing in mind, of course, that you should stop listening the minute anyone ever says 'I’m sure they’re nice and everything,' it being Bitchspeak 101.