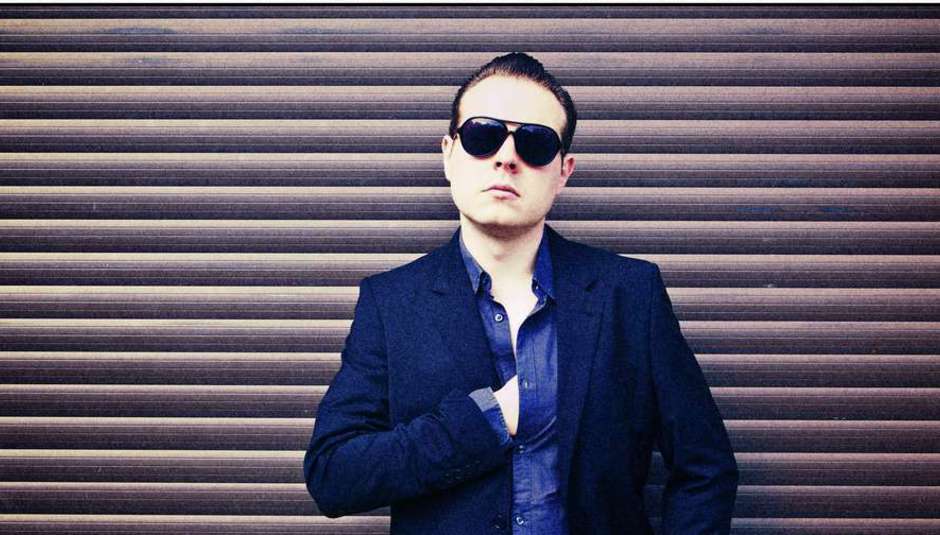 Benjamin Schoos on the Best New French Sounds Around

Benjamin Schoos on the Best New French Sounds Around

Benjamin Schoos has cooked up this wonderful list of the best new sounds that are coming out of France at the moment...

I fell in love with 'Petite Anne' by the Paris-based singer songwriter Marc Desse (pronounced 'Marc Death'). I met Dandy Marc a couple years ago, when he was the lead singer in a great French new wave proto-punk band called Theatre Metamorphosis. But for his solo act, and he's turned his sights to a sunnier pop sound. His first single is full of romance and French new wave pop climax. The song is released on a split single with The Pipers and he signed on California's Bleeding Gold records.

This amazing French trio release (only on vinyl) a french pop masterpiece called 'sur les routes de France'. France is a unique mixture of, pulsating vintage electro Disco, revisited French Touch and synth-driven Chanson, where romanticism and dry wit collide. I fell in love with them! Their lyrics are very cynical but chic, like a modern version of JG Baillard classic novel 'Crash'.

It's in his studio hidden in the heart of the thirteenth district of Paris that mysterious Livio Mosca secretly creates his work. I worked with him a compilation album, yet have never met him. A multi-talented craftsman, he features here the soundtrack to his first short film, 'Alea', produced for the brand Anne Valerie Hash. This is a collection of warm tracks that are wavering between vintage charm and clear sensuality. A composer, arranger & self-taught singer in the great French tradition, he works mainly with acoustic elements, creating a sound as gold-shimmering as the sun's reflection on the sea. This is the vision of a bright future coming from a clear blue past. Stunning record!

With romantic Italian DNA and an upbringing in the southwest of France, Alex Rossi began working as a rock club DJ in the late 80s, eventually gaining his own radio show influenced by British Pop (TV Personalities, The Smiths, Field Mice) and French Pop (Taxi Girl, Elli and Jacno, Les fils de joie.) In 1998, Alex signed with Mercury France for a handful of singles (“Le Coeur du monde”, “Annabelle et Henri”), also writing many songs for other French singers. This year he recorded MY LIFE IS FUCKING DEMO, somewhere between Daniel Darc and french rocker Patrick Coutin. 'Je te prends' is a duet with French shoe-designer Inès Olympe Mercadal.

'Même si tu t'enfuis' is the very pretty, elegant new single by Belgian singer /songwriter Sophie Galet. 'Stella Polaris', her second record, combined folk music (she lived in UK a couple of years) with French melancholic and cinematic chansons (somewhere between Françoise Hardy and Hope Sandoval). This song is unworldly but at the same time has its feet firmly on the ground and is always balanced by her sensitive French vocal that waves between grass roots and ethereal.

The french duo Exotica formed by the preppy and smart Clara Cometti (ex Koko Von Napoo) and Julien Galner (Chateau Marmont's drummer) sounds like a mix between Elli & Jacno and the Lio of the 80's. Amazing track!

In a interview Jef Said “I’m obsessed with the capitalistic pretensions of 1980s corpo-pop music,” before admitting that he has been "highly influenced by George Michael’s record Faith. This native of Montreal, the man with an intersex polynym has long been dragging his glitter around underground clubs, at once “everywhere and nowhere,” like a night time butterfly awaiting its metamorphosis. Contamination is his first solo LP and the hidden treasure album of 2012. Each song is a potential number one hit single.

The cult Dutch journalist Guzzbourg said to me about this young lolita-esque artist I produced: "great voice, to-the-point-songs, lot of sixties references but it certainly doesn’t sound like a retro copycat". Maybe it is better to state that this is how France Gall would’ve sounded if she wasn’t born in ’47 but in ’91, as Mademoiselle Nineteen is.

Benjamin Schoos China Man Vs China Girl is out now.