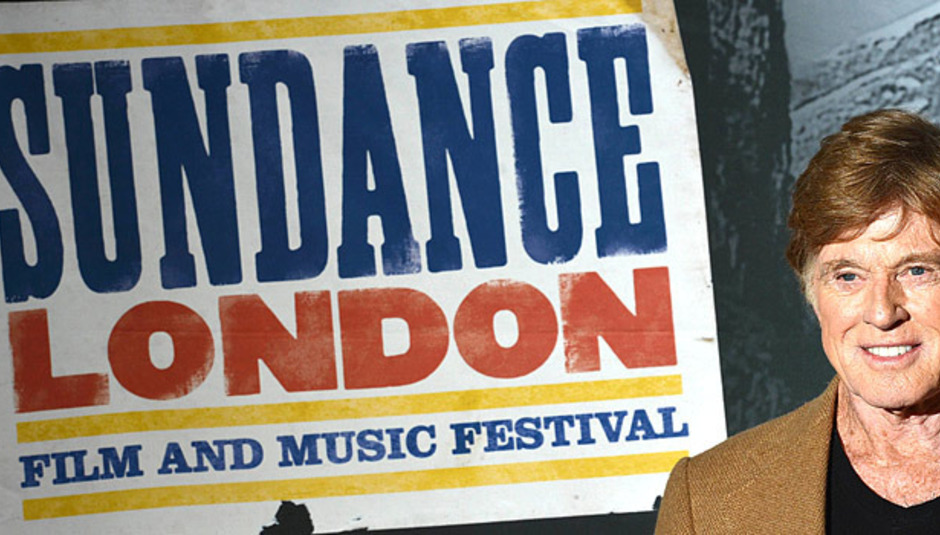 It's not every day you get to stalk the O2, cavernous home of corporate entertainment in all its forms, in search of Robert Redford. Not that I was actually doing that, of course. We're talking about actual Hollywood royalty, star of the entire 1970s cinema and director extraordinaire. The fact that a man old enough to collect a Freedom Pass still manages to be one of the sexiest men on the planet is completely irrelevant.

So a few weeks back I set up home in the aforementioned O2 for three days, in the name of Sundance London, the new branch of US indie cinema's annual pilgrimage to Utah. The last few years have seen several breakout hits, and actors to go with them. Last year's darling was Elizabeth Olsen, riding high on creepy cult drama Martha Marcy May Marlene. 2009 saw the premiere and subsequent Oscar nod for Mumford-wife Carey Mulligan's performance in An Education. And 2010 saw the small matter of introducing Jennifer Lawrence to the world, leading her to get blued-up for X-Men: First Class and instigate a totalitarian state rebellion by snogging a fellow member of the dystopian 99%.

Sundance London was very much a distilled version of the 'main' Utah event, choosing to bring its biggest successes rather than the entire shebang. It also pitched itself as a film and music event - so naturally, music-themed filmed looked large. Shut Up And Play The Hits was my personal pick of the lot, but I've waffled on about that at length elsewhere and the other films deserve their look-in too.

Under African Skies follows Paul Simon as he reunites in South Africa with his fellow Graceland musicians. On its most basic level the film's about the making of the album; on another it's about anything but that, specifically the much more serious business of the political rebellion against apartheid. At its heart is the conflict between art and politics that arose from Simon's actions; even now, there are politicians who believe he was wrong to disregard the UN-sponsored cultural boycott.

Paul Simon is one of those artists for whom the phrase 'your mileage may vary' was invented. I certainly found myself somewhat impressed and infuriated by his apparent naivety in equal measure. The insistence that art should trump all is an example to artists everywhere, yet it's difficult not to argue that it occasionally borders on arrogance. My main question was whether Simon's actions actually helped or hindered South African artists as a whole, as that would rather answer the bigger question of whether Simon was actually right or not... unfortunately while the documentary goes out of its way to explore most questions, that specific question is never really explored. Still, I found Under African Skies an intriguing insight into an aspect of history that happened far more recently than we'd care to admit.

When I wasn't learning about apartheid or trying to instigate an impromptu nightclub while witnessing LCD's final hours, I got the chance to check out a couple of comedies too. Liberal Arts is the second directorial effort from Josh Radnor, aka. Him Who's Still Not Met The Mother on How I Met Your Mother. Come on, sitcom gods, it's been seven years. At some point very soon you're going to be in alternate timeline territory and the kids will be getting sucked into the resulting time vortex.

BUT ANYWAY. Radnor's getting his post-sitcom career lined up here, playing a disillusioned 35-year-old university admin lackey, pining for his own uni days, who starts up a relationship with a 19-year-old student (that there Elizabeth Olsen). If you're squicking out right now... well, you'd be right. Yet Radnor has something of a young Woody Allen about his writing, the humour stemming from a group of generally good-natured characters, all stuck in reverse and wanting to be somewhere else, trying to do the right thing. And, inevitably, somehow making them even worse. There's one wincing moment where a character thinks walking away is the right thing for the other character, only for both characters to then storm into situations ten times more horrible. With alcohol. As per life.

It's not exactly breathtakingly original, but as far as observational comedies go it's difficult to walk away from Liberal Arts without a smile on your face. If for no other reason than you get a chance to see that yes, movie people are messed up too, unless they're Zac Efron in which case they get to be that stoner philosopher dude. Also: Allison Janney is in attendance playing the anti-CJ Cregg and it is terrifying. I do not wish to end up like this version of Allison Janney please God never will I ever.

Possibly the biggest highlight for me, however, was fellow indie-com Safety Not Guaranteed. Showing spectacular ambition for a movie made on approximately thirty pence and a shoelace, the film takes its inspiration and title from a real-life classified:

"WANTED: Somebody to go back in time with me. This is not a joke. You'll get paid after we get back. Must bring your own weapons. Safety not guaranteed. I have only done this once before."

Yep, that's right. Somebody actually placed this advert. And then a film was based on it. So basically: write mental classified, watch Hollywood come knocking, PROFIT.

In local magazine land, uberdouche hack Jeff (Jake Johnson) decides to 'investigate' the obvious crazy person, dragging along professional cynic Darius (Aubrey Plaza) and professional student Arnau (Karan Soni) to do all the actual work while Jeff attempts to hook up with an old flame. It's Darius who manages to befriend prospective time-traveller Kenneth (Mark Duplass); as the pair get closer, and strange men in sunglasses start staking them out, it's still entirely possible that Kenneth's just a lunatic.

Duplass and Plaza bring the goods as the spectacularly odd couple who make sense to each other... so much of the plot's joy is in watching the two figure each other out, it never really occuring to them that everyone else thinks they're completely nuts. They're so sweet to watch you end up wanting to go crazy with them. But for me the most interesting character was Johnson's Jeff, whose burgeoning bromance with Soni's social failure Arnau and relative backbone in a group of complete misfits provide much of the film's fun. Johnson's broken out in a big way as New Girl's constantly put-upon, endlessly humiliated slackertron Nick; while on paper Jeff looks much like the same desperately embittered manchild a few years down the road, there's a surprising amount of subtlety in his journey from hardened arsehole, kicking the world around to forget the fact he's wound up a lonely two-bit hack, to literally cheering on the mayhem by the end.

For a film that seems such a slam-dunk in terms of predictability, Safety Not Guaranteed manages to play up to its status as a lo-fi comedy and pull off a couple of big surprises that got cheers from the audience. I left the cinema describing it as a 'big, silly gem of a movie'; a month later and I can't wait to see it again, because it really is a lovely film that deserves a big audience.

So Sundance London, for me, was a success. Granted, I was saying at one point that I liked the O2 which is as sure a sign as any of Stockholm Syndrome. That said it was a real treat to see all these films on such a huge screen, with mostly sell-out audiences, when ordinarily they'd all get shoved in Odeon 5 once a day at 11 in the morning with yesterday's popcorn shower still looming. I really hope the festival comes back next year, for a bit longer and with some more films, please? Also, more opportunity to see The Redford, ta.

In other news, I also saw The Avengers this month. That was awesome. Mewling quims. Heh.