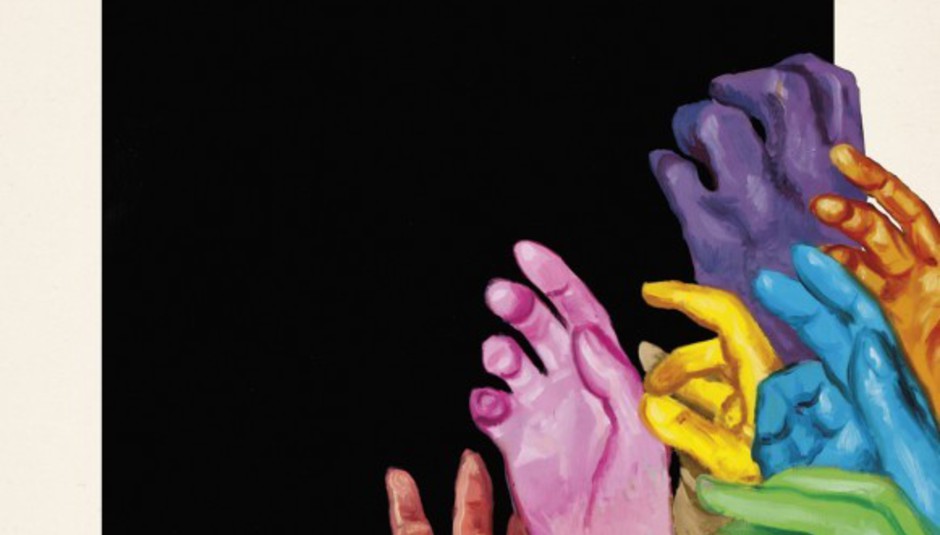 Here We Go Magic - ‘How Do I Know’ (Secretly Canadian)

‘How Do I Know’ is infectiously plotted, it has the sort of urgent tempo, quietly chugging bassline and itchy keyboard lines that put you in mind of blinking strobes. And in a way, it is all quite neat – the feverish pace of the single matching the slight air of desperation in the lyrics, with Luke Temple asking again, and again, ‘How do I know…if you love me?’ What I like about this single is that although, in theory, it sounds quite sweet, trilling happily along, a shiny sort of car song – in actual fact it is really quite mental, the swan song of a man who is permanently unsure of himself, tugging on the sleeve of his love, constantly after reassurance. And so, not really a love song at all.


‘I’m Aware’ is Dan Sartain doing his Dan Sartain thing. Which is to say; here is another swift and seamless, rousing garage rock smash. In the totalitarian dystopia of my punk dreams, every morning’s state-sponsored, compulsory star-jump workout would be done to a song like this.

There is much to admire in ‘Breezeblocks’ - not least the toy piano that punctuates the verses, stabbed down in fours, which provide a jolly counterpoint to the inherent creepiness of lines like ‘She may contain the urge to run away, but hold her down with soggy clothes and breeze blocks.’ On the downside, there is - as is the law these days - a couple doing a lot of (beautifully photographed), (slow-motion) violence to each other in the video, which is a tiny bit distracting. Especially if by ‘distracting’ you also mean ‘worrisome’ or 'not this again' (which I do). There’s also something a tiny bit worrrrrr-kooky about his vocal delivery - a few quirksome wobbles too many. But that's a nit-pick, and ‘Breezeblocks’ is still impressive, intricate.

I don’t know what in the name of arse ‘I’ve been wandering round this place like a gypsy gnome’ is meant to mean but I’m not sure I mind, because ‘Tosta Mista’ is so amiable. It’s goofy and it’s stuck in the olden days of yore like it had 1962 super-glued to its patootie. But in a good way; the kind of single that needs a dance craze to go with it.

If you stare at a word or think about a thing for too long, you can break your brain. But that doesn’t stop me wanting to ask God how a band like The School can still happen, in a world that also contains Goatse. I long for the tweebotomy that would make me appreciate music this guileless. These people are so innocent and happy I want to put them in a zoo.

‘Green Balloon’ is some psychedelic wigging out from Him out of the Strange Boys and Darker My Love. And it is so loosely constructed you fear for its collapse, each chord being permanently on the brink of shonk; de-tuned as if White Fence's twang was melting. Singles this wobbly-spined always make me wonder if it is music designed to be indistinct – or whether its wibble has been arrived at, after a lot of careful play. Or worse, if Tim Presley simply tosses off some artful shonk in one of his jam sessions, says ‘that’ll do’, and then goes back to telling bloggers how he is inspired by ‘Any poetry written by women that have killed themselves’ here. Suicide! So meaningful, man.

Mac Demarco - ‘Only You’ (Captured Tracks)

Mac Demarco have the creepiest video this week because in one bit of it, a man (and very possibly, one of Mac Demarco) puts his wang between his legs so it looks like he hasn’t got one. Dear All Men, I know this amuses the heck out of you, but having been on the receiving end of 'quite a few' shoulder taps that resulted in a surprise display of this nature, can I also tell you that once done - once dropped with glee into a brain, oh ha ha ha - it is etched FOREVER.

How People In Music view Having A Real Job In An Office is a source of continual amusement for me - mainly because before writing about music for money I spent a lifetime in them, organizing and photocopying and bossing about spreadsheets. For a while, I had to hold back my tongue when a.n.other musician told me, in an interview, how he or she ‘could never work in an office’. You know, as if it were a sheer impossibility; their soul simply too special, too rare, for anything so prosaic as real life. Anyway, ‘indie’ is forever setting videos in pretend offices - musicians love to faff about in what they think the grown-ups wear to work, wafting their hands in front of flipcharts, smirking, and nodding around meeting room tables, just like actual business men. Mostly, of course, it is done for jokes – as here, in the amusing Fisher Price office of Laurel Collective’s video. But disappointingly ‘Fax Of Death’ does not contain a telex machine that spews red like the lifts in The Shining.

Crybaby - ‘When The Lights Go Out’ (Helium Records)

I am in favour of croon, and welcome 'height' as an aspirational quality in men’s haircuts, even if it means certain men in footer now have a quiff and think that this - armed with one Smiths Best Of and access to Brainy Quotes dot com - automatically makes them interesting. So here are Crybaby, no doubt named (I’m not checking, don't make me check) after the John Waters film and on whose single the word ‘linoleum’ is sung with more ache than a triathlete’s thighs. It is a single that is being sung in front of a multi-coloured, glittery-strip curtain, yes, yes it is. It’s got the words ‘kitten heel’ and ‘velveteen’ on it, yes, yes it has. But it manages to get away with these things – just – and doesn’t fall over the precipice into kitsch, mainly because Danny Coughlan has a super set of pipes.

I was excited about ‘1985’ at first, because it is one of those songs that hacks at a vocal performance with scissors and then rearranges each part to a new staccato purpose, using stereo to make each lone syllable more distinct. But ‘1985’ is a bit all intro, no chorus; a big tarty tease that is all build-up and no punchline. No wonder it unravels at the end.

Wendy is on the internet, here. If you are wondering what happened to last week's column then you should know it was going to be done by someone else while I was poncing it up in Biarritz. But then they got hauled off to Cannes, so don't let anyone ever tell you journalism cannot be ritzy.

"Not that many bands seem to give a s...