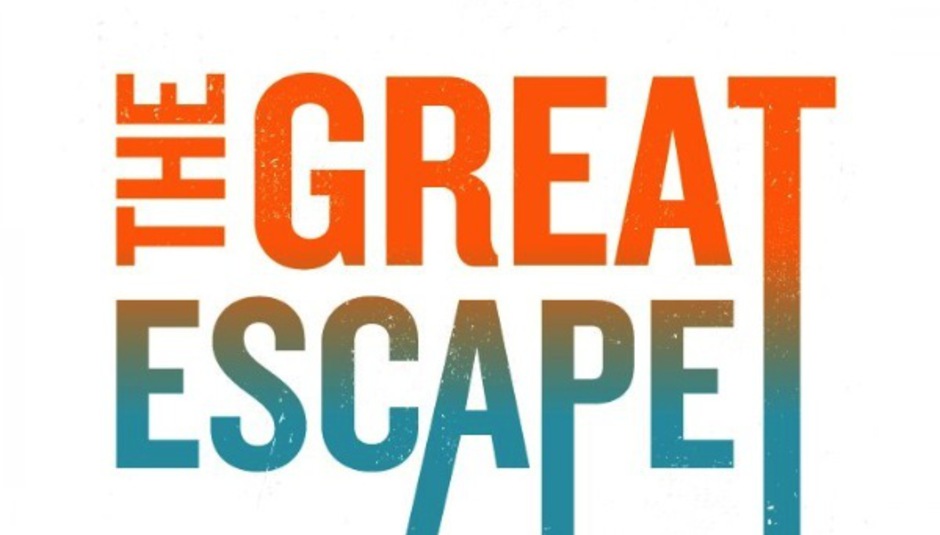 The month is May and the city starts filling with visitors hoping to catch the latest cultural delights on offer as part of the Brighton festival. Music, art, theatre and comedy, you got it. But the most important event you need to know about is The Great Escape. Now in its twelveth year, the festival just keeps on expanding and now boasts a 150+ sized line up of some of the very best new music around. Headlining this year are Maximo Park with Eugene McGuinness, Pond, The Temper Trap, Clock Opera,Cymbals and Africa Express Soundsystem alongside Reverend and The Makers and a whole host of other acts.

Adding to the plethora of live events, DiS puts its own flag on the map with a delectable 3-day selection of bands. This year, the main headliner is Ben Kweller on the Thursday, with Gemma Hayes and Eight and Half in tow. Friday sees a team up with innovative London-Berlin based label Erased Tapes featuring the delicate electronic soundscapes of Nils Frahm, A Winged Victory for the Sullen and British Expeditionary Force. Saturday rounds off with Glasgow’s Errors, When Saints Go Machine, New Look and The Soft.

After the city has recovered, the beginning of June (1st and 2nd) is Fatboy Slim’s thing. Ok, strictly speaking it’s not really a 'festival' but it might as well be with a capacity of 46,000. This is a homegrown Brighton phenomenon, it’s the Big Beach Boutique 5, except this time it’s not on the beach but in the brand new stadium built for Brighton and Hove Albion FC on the outskirts of the city. Friday features some of the best DJs around with techno wizard Carl, Cox, Luciano and of the moment Maya Jane Coles. Saturday brings Annie Mac, DJ Fresh, Jaguar Skills, Doorly, Union and offers the chance to dance for over 7 hours.

From one massive stadium to another smaller scale one, there is also In Ya Ear to look forward to - a two day festival on 2 and 3 June that is all about the MC spitting, urban end of club culture with the likes of Lethal Bizzle, Kissy Sell Out, Lady Leshurr, Tinchy Strider and Tim Westwood on the bill.

Over the TEG weekend, Green Door Store, like many of Brighton’s venues, will be going into overdrive, opening from midday till 4am each day of the festival. And there is no let up with Brother Ali turning up the day after TEG (13 May) touting his blend of occasionally political hip hop. Then there is the gritty guitar trash stomp of The Lovely Eggs (16 May), the angsty duo Japanandroids (18 May), Belfast trio Girls Names (24 May) and TRIIAL with Novella, Magic Eye and Female band (25 May). And in June there is the weirdo folk of Sweet Billy Pilgrim (9 June), progressive psych rock from Moon Duo (12 June), the legendary post punkers Vic Godard & the Subway Sect supported by Ruby Wax fans I, Ludicrous (30 June).

Sticky Mike’s Frog bar on the other is open 7pm - 6am for TEG and continues the month with siren songstress Kyla La Grange (22 May), legendary grungy 90s swamp blues band Gallon Drunk (24 May) and a reformation gig for local underground heroes Celebricide (31 May).

Highlights from The Haunt over the next few months include Sub Pop signings Beach House (23 May), Ghostly International’s Com Truise (5 June) and the platinum selling Kate Nash (28 June). And then there is Brighton Electric: usually a rehearsal or recording space, it has a 'take along your own booze' gig coming up. Put on by about once a month promoter fcking the night, May 16 brings the electronic post punk noise rock with United Fruit, P For Persia and Cousin.

Fear of Men have been busy busy. They are releasing a single ‘Green Sea’, limited to 300 copies, available via London’s Sexbeat label on 18 June. It was recorded in a basement studio in Wansworth earlier this year and is not quite what you would expect from them, featuring a musical saw, a backwards guitar solo and layers of backing vocals processed through a near dilapidated Echo Chamber. If this isn't enough, they're also going on tour with Best Coast in June. Onwards and upwards.

Having recently been included on One Inch Badge’s Sea Monsters 2 compilation, guitar/drums combo Soft Arrows with their lo-fi slacker sounds release their debut single ‘Spirit, Animal, Bones’ in anticipation of the matching album ‘All Through The Sinew’.

Synth pop noir by the sea? That would be Curxes who have just pressed up a limited to 200 edition 7” ‘Haunted Gold’, available from local indie record stores. This duo can be also be found playing live at TEG as part of Les Enfants Terribles at Riki Tik on Friday 11 May. It’s part of the official alternative TEG and will feature a host of emerging electronically oriented music from DA-10, Us Baby Bear, My New Young Tribe and Foreign Skin.

Jennifer Left is a local songbird with old fashioned stylings. She releases single ‘Black Dog’ at the start of June. Another noteworthy band with a current single release is Birdeatsbaby who have a touch of the Dresden Dolls about them. They have been garnering attention and are releasing single ‘Anchor’ to precede their US tour.

After doing Madrid Shrag are back in town and have a new LP to be unwrapped for public consumption, it’s entitled Canines. Another album unveiler comes from Minor Sounds (previously on the Fat Cat demo compilation). They have just released their debut The Humming that lies somewhere between Poland and Brighton. It provides 9 tracks of twisted folktronica with singer/songwriter Mirna Stanich at the helm. And lastly there is the Grasscut album Unearth on Ninja Tune, featuring Gazelle Twin, Robert Wyatt and Seb Roachford (Polar Bear). It features 10 tracks based on 10 locations with 10 alternate versions of the tracks hidden in 10 boxes on 10 cassette walkmans, each with a letter on that when put together forms a 10 letter code word that gains access to a private Grasscut performance. Where to begin the trail? Well the clues are gradually being released on youTube, so happy hunting.

Fat Cat records keeps on turning and starts May with a novel cassette/mp3 release from Glaswegian garage punkers Paws on 14 May. It’s a 5 track EP called ‘Misled Youth’ that singer/guitarist Phillip Taylor explains was crammed into one day of recording. They are also worth catching live sometime, having supported the Dum Dum Girls, they have gone to develop their shows to include elements of improvisation and audience interaction.

Sex is Disgusting RIP presents the Wild World festival. It brings things to end in style for the label on 2 and 3 June to mark their 4 years of putting on gigs and releasing tapes and 7”s. It all started with a Graffiti Island and The Sticks show and ends like this: There will be a BBQ, clearance sale of t-shirts, prints and tunes. Then there are the bands - a strong selection of the most interesting local talent The Sticks, Sealings and Cold Pumas and other creations from further afield, such as La La Vasquez from London, Foreign Objects from Boston and all the way from Nashville R Stevie Moore.