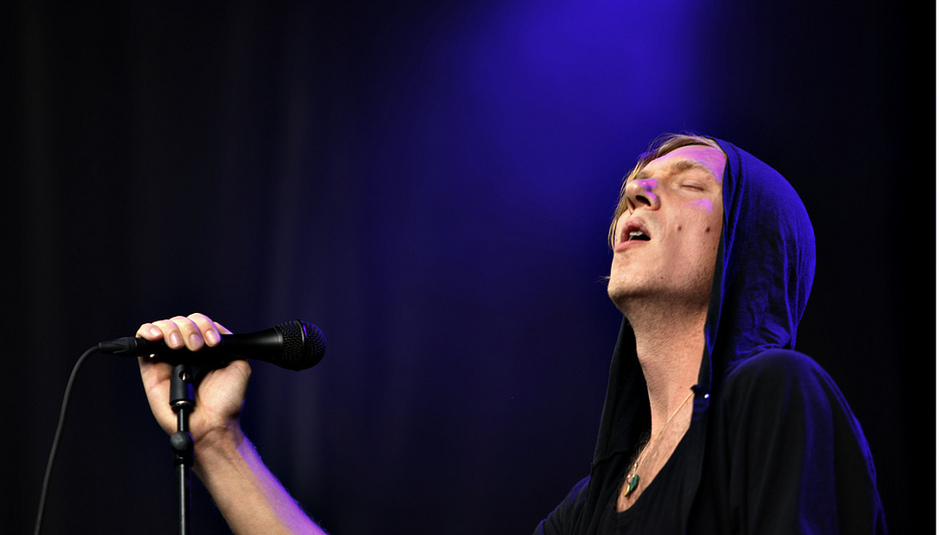 Here it is. A playlist of ten carefully selected tracks, hand-picked from the week of whatever has gone up on the website. Here you'll find tracks by Sacred Harp, The Cure, Dan Mangan, Death Grips, When Saints Go Machine plus a few more. Click here to give it a spin.

This week we kicked off our end-of-year content by highlighting some of the records which were missed over the past 12 months and subsequently didn't make the end of year list, but were of a high enough quality to be highlighted by us. Thursday's edition of this featured Oslo-based group Sacred Harp, who you really should listen to. This is as a good a place to start as any, I guess. Read Jazz Monroe's assessment of Window's A Fall here.

Right, so The Cure released yet another album, this time Live from Bestival. I'm not sure what value this actually brings to anything but they've released it regardless. They're The Cure and they do what they want to, right? Anyway, read Robert Leedham's review here.

Sam Cleeve reckons that Dan Mangan's Oh Fortune "is full of unashamed, orchestrally embellished pop-rock-folk hybrids, instantly accessible and almost as speedily rewarding. It’s the sort of record that’s should catapult Mangan (and rightly so) on to bigger things, the sort of record that should have his audience-base expanding like a close-knit community of rabbits." Probably worth checking out, then. Have a peek at his full review for further analysis.

This remix is a delightfully slow-starting track. In fact, it's just delightfully slow the whole way through, never burning at more than a faint glimmer. Air Cav's Don't Look Indoors is released this coming Monday and David Edwards rather liked it. It scored 8/10 and really is an excellent record. But don't take our word for it.

If you want to know an interesting piece of trivia about this track it's that professional darts player Mervyn King used to have it as his walk-on music. I'm not sure if it's true now, but still. Fair play to the lad. You can see some pictures of Lemmy and co. performing at Hammersmith Apollo (obviously) by clicking here.

There's been a lot of commotion and speculation around Guided By Voices this week. That speculation was regarding their alleged splitting up and cancelling festival performances next year. Well, it was only partly true. They aren't splitting up, but they have cancelled some of next year's performances. An album is still on the way, too.

Matthew Dear is a white-suited genius. Do you disagree? He's got a new album and EP on the way next year and, fortunately enough, you can download the title track from the EP entirely for free. It's called 'Headcage', by the way.

Genuinely, this is an awful name for a band. Mind you, so is 'The Beatles' and nobody really complains about that. Suffice to say that if you make music as good as these Danes then people aren't going to quibble over what you called your band, within reason. They made it onto our Editor's Songs of 2011 playlist, which you can read about and listen to here.

This was another selection from our Lost 11 of 2011, specifically for the album Ex Military, which Simon Jay Catling was singing the praises of. He wrote "When groups like Death Grips still exist I sometimes think we’re still alright. They’re aware, there are still artists who are still aware, they see the dark and draw it in unflinchingly". We might be OK. We might be OK.

It's always nice to read an article where you feel like you get some insight into what drives a musician. I think this article on soundtracks by Benjamin John Power of Blanck Mass (and also Fuck Buttons) does this. Have a read of it, it's worth your time.

Click here to listen to this week's Spotifriday playlist and here to browse through our archive of such.