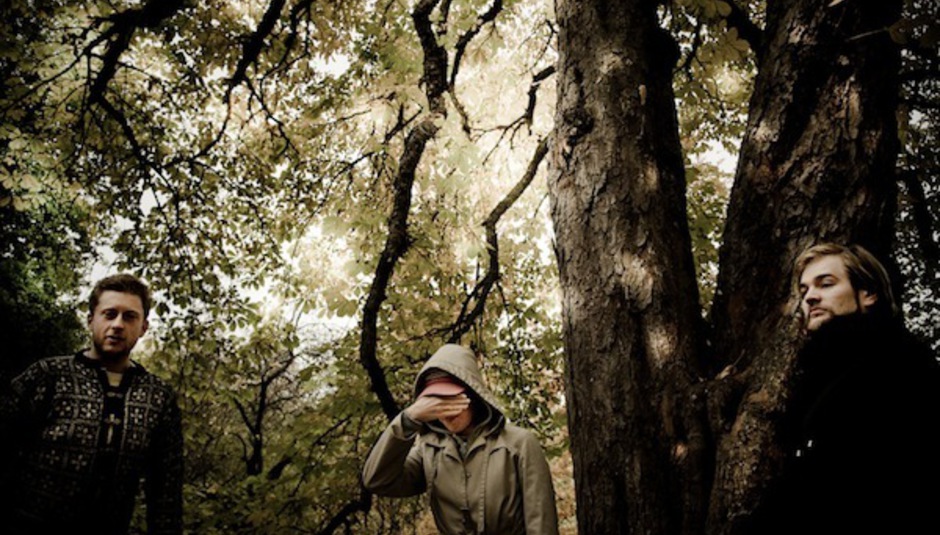 However, each and every year, there are records which slip through the cracks, that individuals who write for the site absolutely adore, yet few others seem to even be aware of. To help highlight a few lost records, a few years ago we invented the Lost List, and ask individuals to write some words explaining why the love the album in question. Over the next 11 days, we'll be counting down our lost 11 of 2011, and here is our forth instalment, which is a debut album from Oslo released by London-based label Brainlove, chosen by DiS scribe Jazz Monroe...

It's only natural to fantasise. And yet, while it's no crime dwelling on the possibilities of Window’s a Fall occupying a slightly more favourable canon - a dazzling return to form for Built to Spill; a fascinating foray into yet-more-pretentious pop for Radiohead; a defining opus to justify Muse’s aimless fannying about for the last seven years - the truth is, Sacred Harp wouldn’t quite be suited to the spotlight.

That's not necessarily to say Window’s a Fall is a difficult record; at times the opposite. Take 'Melato's wildly voracious, pretence-conquering, 'Paranoid Android'-bothering multiple-guitar solo, avalanching immediately behind a wonderfully bratty snarl of “You are so mundane!”. Take 'Birds of Winter's floodgate-crashing water-slide, fountaining into chest-beating, Perfect From Now On-worthy skyscrapers of melodic, non-awful prog crescendos. Take 'Found In the Open Country (The Underlying Deep Structure)'s silky phantasmagoria, unspooling in stately, maudlin strides. These are electric, deep and deeply rousing specimens; they bristle with a lucid, opulent yearning.

And let’s not fail to bow down to the immaculate whispiness, the trickling sadness, the full-moon embrace of reflective centrepiece 'Julie', a cautionary postcard-to-the-past scrawled in tearstained ink and tucked away, all secrets and whispers, beneath a shimmying, drifting refrain of “Arms were too wide open”, elegantly melting the iciest of glacial hearts.

But what gives these jazz-trained Norway-dwellers zest, and admittedly represents something of a boon for the more wanky of stripe, is where they cross a line, sticking a flag in strange foreign turf all their own and gently tugging us, willing or otherwise, into savagely uncomfortable listening territories. Idiosyncrasies abound, here, but top prize for preposterously overblown artsiness goes to the bizarre 'Horses for Sophia'. Verses suggest Scott Walker with a chainsaw tenebrously stalking the esoteric forests of Twin Peaks, before the song submerges majestically into delicate chorus, but for a black-tongued protagonist to screech out in vital, tortured glee:

“Little Slut! / Savouring all her pawns and red dresses

Revealing her raunchy, sticky breasts / And her damp, yearning gash

The Dutch singer, however, intends not to isolate, or even distance herself: a skillful, passionate and intimate songwriter, there’s a profound attention to detail buttressing the prolific globetrotter’s fractured inscape, drawing us closer to her and her characters. Jessica’s untethered love for the mental and physical open country is manifested in that stratospheric, glass-against-ice voice, and the band’s restless anti-style. Every vididly rendered metaphor explodes, or implodes, with ear-twisting, dramatic suddenness, or a yet more satisfying anticlimax, flowering into a firework-display of fluorescent, explicit desire, or simply withering away in barren, dusty defeat.

To immerse oneself in these rich watercolours is to dream, to forget, to escape, but it’s also to re-plot the borders of one's own quest for singularity. Its incomparable company is at once unsettling yet settled, perplexing yet weirdly perfect. Of course, the thing with snuggling up to an unravelling, unearthly, totally sexual, musical manifestation of a spiralling psycho - aka Window’s a Fall - is that it can only be so long before they start rubbing off on you. And yet, if unencumbered absurdity comes this heady, why not count yourself in for the ride?