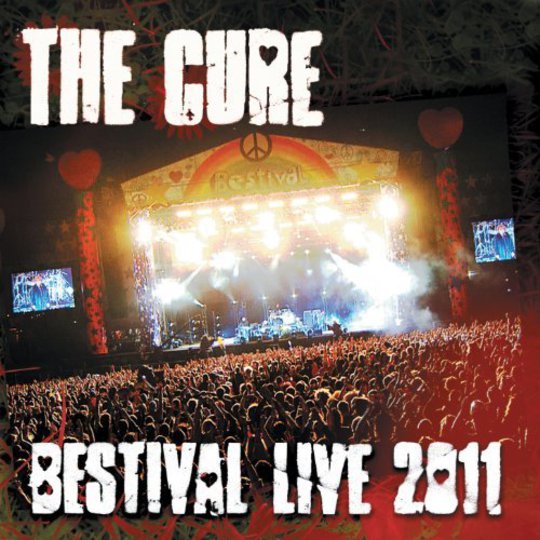 The Cure of 2011 are a strange old entity. Creatively, Robert Smith and his assorted company seem to have luxuriated into the steady decline of releasing one new album of decent-ish quality every four years. As a live prospect the band are quite something to behold, providing you can get your hands on a ticket to see them.

The festival headline slot featured on the self-explanatory Bestival Live 2011 forms one of the seven dates this pioneering goth rock have played in the past year. The rest of these shows were part of the spectacular Reflections concerts in which each of the band’s first three albums were performed in full live.

Where the Reflections shows at times were for dedicated followers only, The Cure’s Bestival set reins in the indulgences for three hours of some of the greatest indie paeans ever penned. It’s actually the first Cure live album to cover all the band’s bases, from cult classics to XFM mainstays, in one double CD edition as opposed to the pop-centric Show or the naval gazing Paris. Despite Robert Smith’s superhuman ability to perform over sprawling periods of time, a talent that may not be wholly appreciated by casual admirers, Bestival Live 2011 hangs together pretty well. You can set an afternoon aside to listen to the whole thing or just as easily run through its segments of Disintegration gloom, mid-Eighties alt-pop swagger or early career anxiety.

Each song is performed nearly note-perfectly in an impressively well-balanced mix which brings out the irresistible bassline of ‘Lovecats’ just as well as the bright and breezy string picking of ‘In Between Days’. The real obstacle to sticking with the entire album, is a resolute absence of any drama or cultural significance. While listening to the opening notes of ‘A Forest’ is still a spine-tingling experience, there’s no underlying tension that the end result will mutate into anything to rival its infamous Robert Palmer incarnation. Similarly, Robert Smith can play ‘Boys Don’t Cry’ so well by now it even sounds splendid when sung in autopilot.

As luxuries released for the Christmas season go, Bestival Live 2011 ranks somewhere between those deluxe-sized Toblerone bars and the Official Gary Barlow Calendar 2012. Its existence is mostly superfluous but there’s no denying this is a pleasant addition to any Cure devotee’s record collection and a welcome seasonal fundraiser for the Isle of Wight Youth Trust.

In the days before Spotify, this album could have qualified as a pretty decent starting point for anyone looking to bridge the gap between ‘Friday I’m In Love’ and ‘Primary’. Now you can just arrange the studio polished tracks into a playlist, this kind of release is demoted to the status of fan favourite.