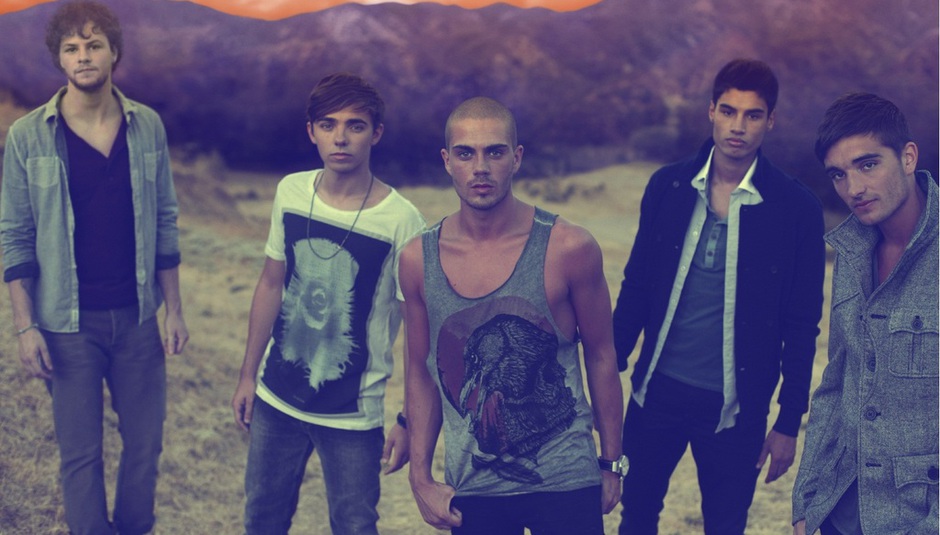 Welcome back to another addition of DiS Does Pop, the Top 40 column aimed at music fans with a taste for both Madonna and My Bloody Valentine. After last month’s Sugababes extravaganza we’re going to take a look at Global Radio’s battle against JLS, rate and/or slate this week’s UK Top 40 and salute Westlife's departure from Saturday night TV.

If I asked you who the most popular boyband in the UK are, what would your answer be?

Take That - Recently completed a record breaking tour during which they performed to over 1,000,000 screaming middle-aged fans.

One Direction - Hold the fastest selling single of the year with the loveable pop-rock romp ‘What Makes You Beautiful’, top of the Christmas calendar sales chart and have a YouTube page featuring many excitable comments like, “ME, LIAM, BED? NOW.”

The Wanted - Two UK Number 1s and a smattering of Top 10 singles. Their debut album went straight in at Number 4.

Clearly The Wanted are well off the pace of their competitors, so how is it at the time of writing they’re the most played boy band on UK radio and the fifth most played act all together? Well I’m glad you asked/came.

If you head to Compare My Radio, you’ll see that Global Radio's stations dominate the airplay charts. This is a fairly natural phenomenon since the Global brand encompasses Capital, Heart, Choice, Gold, Classic FM and XFM. What’s more interesting is how the stats stack up when you crosscheck them across the nation's best-selling boy bands.

Out of the Top 10 stations playing The Wanted, seven belong to Global. In fact, all of the Top 5 are owned by Global.

The natural conclusion to be drawn here is that Global vastly prefer The Wanted over their rivals. So much so they’re not really bothered about any of them, especially the ones who have an album out in the same festive season as Max, Siva, Jay, Tom and Nathan. In fact the band are so loved by the Global brand, the release of their new single is important enough to feature Twitter reaction on Capital news updates.

So why the big fuss? Well it’s no big secret but The Wanted just happen to be signed to Global Talent, the artist management branch of Global Radio. A management branch who view it in their best interests to promote and propel Britain’s fourth biggest boy band, fifth if you count Westlife who everyone seems to forget, to the superstardom they so richly deserve.

For the sake of avoiding a lawsuit, it’s worth pointing out here that this is a conclusion drawn from circumstantial evidence but to the untrained eye it does seem as though Global are using their weight to give their act a leg up. And why shouldn't they? If Simon Cowell gets three months worth of weekend prime time to launch his label’s latest signing, why shouldn’t this multi-million pound media conglomerate use their considerable clout to do the same?

Well, they do and they have. Most notably by refusing to playlist the likeable but bland Joe McElderry when his album was due out in the same week as The Wanted’s self-titled debut. Poor old Joe was duly shunned by Syco only three months after failing to get any chart traction and would prove to have much more success as a reality TV opera star. A depressing assessment of ITV's general output if there ever was one.

The perversity of Global’s aggressive playlisting policy is that it’s not a successful strategy for their own acts. When McElderry and The Wanted did go head to head in the album charts, McElderry crashed at Number 3 but still sold 1,000 more copies than his Capital-endorsed competitors. Similarly this week, the boys have gone and scored an even more mediocre Number 5 album, behind Cher Lloyd of all people.

The inevitable result of JLS' low play count however, was an underachieving Number 2 spot for the bittersweet but infectious R&B harmonies of 'Take A Chance On Me'. Whether One Direction fall afoul of the same trick next week with their teenie-bopper ballad 'Gotta Be You' remains to be seen, although their stellar state of popularity may well pull them through.

As for Global, The Wanted's ongoing chart struggle and the continuing woes of their competitors go to show that while you can't force the public to like an act, you can even the playing field so it's easier to compete with them.

SuBo and Bublé slam down Florence + The Machine

An X Factor performance from Florence Welch, of which the defining feature was an annoyingly long dress, was never going to be enough to deny Susan Boyle her third Number 1 album in a row. Nor the relentlessly charming Michael Bublé from hitting Number 2 with his innovatively titled Christmas album.

Since all three acts now firmly reside inside the 'Mum's favourite' market, its reigning champion should be decided by a sing-off with each artist performing their interpretation version of a West End standard. The person who relies least on a shit-eating grin during their rendition wins. Bublé this may prove troublesome for you.

Rihanna returns to Number 1 with 'We Found Love'

Such is Rihanna's current ubiquity, this Barbadian popstar could probably record an apocalyptic drone rock monologue stating her intention to hyper-sexualise the corrupt youth of today and it would still go Top 10. For now she'll have to settle for returning once again to the UK's chart summit, unseating Professor Green's hilariously melodramatic 'Read All About It' in the process.

On a side note, if you thought Ronan Parke had produced the year's most cringeworthy video featuring a white teenager in a hoody, Pro Green has truly wiped the floor with the Britain's Got Talent finalist.

As entertaining as it has been to watch Matt Cardle destroy his own career in a deluge of 9/11 conspiracy rants and fake tattoos, one suspects the end is neigh for the Biffy Clyro cover merchant. His debut album Letters has dropped down to 19 in just four weeks and the rot shows no sign of stopping. Shame...

As a bona fide fan of Calvin Harris I can only assume that ‘Off The Record’ was an attempt by the Scotsman to see whether he was now successful enough to sell on any old tosh with his name on it. As it turns out Tinchy Stryder was buying but failed to turn this Guetta-lite tune into a winner. It’s for the best.

Somebody make it stop. Somebody! Anybody!!!

It’s a popstar’s job to sell their single and unfortunately for credibility's sake, the masses don’t watch Later With Jools Holland. The masses prefer Loose Women and The Alan Titchmarsh Show thank you very much.

To celebrate these abattoirs of awfulness and round off each fortnight’s column, DiS Does Pop will be selecting its favourite promo performance from the last week or so. In this spirit, it’s hard to imagine a better act than Westlife to kick off such a grand tradition, remember this lot were Ireland’s most successful export before ‘financial meltdown’ became a stock in trade.

Taking to the Strictly Come Dancing stage on the eve of their retirement, Nicky, Kian, Mark and Shane seemed content to turn up and remind the English middle classes what they do best. That is stand very still, pull a painfully earnest seriousface and wait for the applause to roll in at every key change.

Who can possibly accept Westlife’s mighty MOR mantle in the time between their split and the inevitable reunion tour? Only God and Louis Walsh know the answer to this vital question.