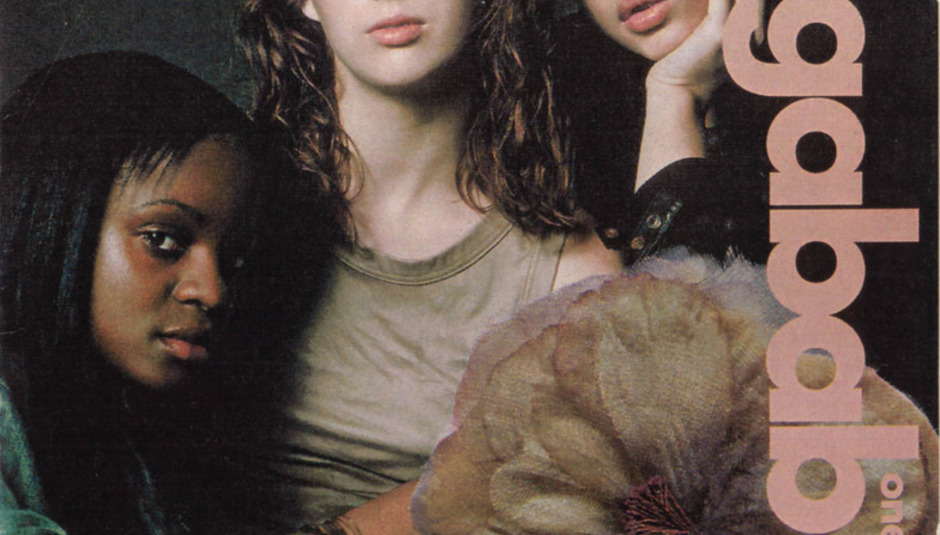 Hello and welcome to the first edition of a new column from Drowned In Sound which aims to delve into the world of pop music with a steady measure of snark and celebration. We consider it a duty and a privilege to wade through the Top 40, Olly Murs and all, plucking out everything that’s worth pausing your Antlers record for in the process.

Over the coming months, this column will explain how Global Media make the charts tick, assess which popstar is the most spectacular sell out and, because it just isn’t Christmas without the Official One Direction Annual 2012, there’s an essential yuletide tat roundup in the works. As an opening salvo, we’re joining in the 11yrson fun with a look back at the Sugababes’ much-loved debut One Touch.

As you really should know by now, the Sugababes of One Touch and the Sugababes of nowadays are entirely different outfits. The likelihood of Siobhán Donaghy, Mutya Buena and Keisha Buchanan appearing on the cover of Loaded and spouting guff in the vein of “sadly there will be no titties on the shoot” was just nonexistent. These are the depths Heidi Range, Amelle Berrabah and Jade Ewen are willing to plough however, when they’ve got a fragile existence to justify.

Despite the many points of contrast between Sugababes 1.0 and 4.0, as some wise marketing man has dubbed them, both outfits have come to be defined by their failures. The three piece’s original line up were unfortunate enough to see their debut album peak at number 26 and then quickly get the boot from London Records. ‘Freedom’, the last single from the current line up devoid of founding members, was pulled by Sony Music just four days before its release having failed to break the Top 100 Airplay charts in the UK.

For all the shit-shovelling triumphs of ‘Freedom’, the Sugababes brand is remarkably still in existence after 11 years in the music industry. That’s long enough to chart the state of British pop through its rise and fall. Roll the timeline! It’s not hard to see why the debut Sugababes LP sank without much of a trace. While its silky restraint may have helped this album stand the test of time, trapped between the bubblegum trash of Steps and B*witched and the boring o’clock balladry of Westlife and Ronan Keating, this three piece were never going to have a fair shot at a career. The market for urban-influenced pop sang by a bunch of dowdy schoolgirls simply wasn’t there.

In August 2001, Siobhán Donaghy became the first ‘Babe to walk through the band’s revolving membership door only to be replaced by ex-Atomic Kitten Heidi Range. As Sugababes 2.0 regrouped and began work on their sophomore record, a quirky old show called Pop Idol first hit screens in the UK handing overnight fame and fortune to the mastermind behind A Teletubbies Christmas.

Simon Cowell of course elevated a televised karaoke contest into a global phenomenon and, just over a decade later, Will Young has three UK number albums and an army of adoring middle-aged women to his name. Gareth Gates is also still touring the country as well, this November you can see Britain’s second favourite Pop Idol Series One contestant perform his arsenal of classics at Mr Kyps in Poole, Dorset. Also playing Mr Kyps next month are RU40, “the ultimate tribute to UB40”.

When the Sugababes scored their first number one in April 2002 with the sassy theatrics of ‘Freak Like Me’, their boy band counterparts were thin on the ground. Solo was the way for a male artist to go and no one did laddish bravado and Oasis-lite chrouses like Robbie Williams. ‘Escapology’ attempted to break the great unwritten law of pop that British acts just can’t be exported to America and proved that golden rule to be very much intact. In a textbook case of ‘close but not quite’, ‘Feel’ did spend a total of 54 weeks in the Canadian charts which is a solid consolation prize in anyone’s book.

That Girls Aloud reached the Christmas number one spot after weeks of promo through Popstars: The Rivals was no great surprise. That they did so with a song that didn’t sound like a rejected Danni Minogue demo did however cause a ripple of approval in critical circles. It would still be years until these reality TV victors managed to shift a swell of begrudging approval into something more fervent. For Brian Higgin’s production company Xenomania, the noughties were already looking to be an extremely promising decade indeed. Not least because ‘Sound Of The Underground was their second chart topper in five months, the first being ‘Round Round’ by, you guessed it, the Sugababes.

Before the internet, what was ‘pop’ was what was in the Top 40 and if you weren’t in the Top 40 then you weren’t going to seeing out that major label contract. Then came that blasted Napster and what was a pretty paper thin definition became muddled beyond all comprehension. Annie is the reason why no ‘credible’ artist with mainstream ambitions, won’t launch their career without the aid of a buzz single. Her ice cool debut Anniemal proved bedroom bloggers were happy to embrace conventional hooks and irresistible singalongs, just so long as they got firsties on them. Problematically for this Norwegian siren however, 679 Records had no clue how to convert cyberspace chatter into actual sales in 2004. Now they’re the go-to guys for this kind of release as evidenced by Little Boots, Marina & The Diamonds and Oh My!

While the turgid weight of nostalgia had circled indie rock for some time by 2005, the 170 minute Take That: For The Record documentary saw this harrowing disease spread to pop. “One of them is now an international superstar but what happened to the other four?” questioned an overly-serious narrator while a primetime ITV audience of six million watched on in rapt anticipation.

Well, they went on to shit all over most of their contemporaries including the Sugababes, who would provide support for the Man Band™ over the final five dates of their hugely successful Ultimate Tour. With Mutya Buena leaving the band in December to care for her daughter, Amelle Berrabah was drafted in to complete a line up of which Keisha Buchanan was the sole survivor. Sugababes 3.0 would go on to be the band’s most fiscally successful incarnation, although the number of possible participants for a future Living TV reunion special was already getting dangerously close to off-putting.

What do you do when you land a genuinely talented individual from a TV format designed to churn out instant gratification? In the case of Leona Lewis, Simon Cowell took the unprecedented move of holding back an X Factor winner’s album in the hope that one hit wonder syndrome could be averted. That ‘Bleeding Love’ was a stonking track probably contributed a fair bit to its global smash status and the current routine of every subsequent talent show also-ran getting a similar stab at underserved longevity.

More than a hit factory for contestants, by 2007 a performance slot on the X Factor results show was an essential promo tool for anyone looking to hit number one in the Christmas sales season. This was a platform denied to the ‘Babes following their power-pop anthem ‘About You Now’, because Cheryl Cole was on the judging panel. Now it’s denied to them because they’re less of a coup than Cee-Lo Green.

The release of Dizzee Rascal’s cheeky chappy collaboration with Calvin Harris simultaneously put synths and British hip-hop back on the trendy agenda just as the best indie had to offer Radio 1 was The Courteeners. Programme Controllers leaped at the chance to never playlist a Razorlight single again and the Sugababes were afforded the perfect opportunity to return to their R&B roots. In hindsight, it’s easy to lament how ‘Girls’ spurned that opening for a flimsy sample-based effort that duly limped in at number three. What began as blip on a near immaculate winning streak however, quickly unravelled out of hand.

Acrimony and outrage littered 2009 for the Sugababes. First, ‘Get Sexy’ saw the group become a slave to garish electro-pop and the ghost-writing talents of Bruno Mars. Neither of which proved desirable traits for the group as they barely mustered a number two chart entry, their second lead single in a row not to reach the top spot. Worse still, Keisha Buchanan was ousted in favour of Eurovision loser Jade Ewen meaning all links with One Touchwere surrendered and version 4.0 of the band reared its ugly head.

What began as outfit born in an era devoid of the Sound Of list and iTunes, had finally been swallowed up into a hollow abyss of RedOne offcuts and hastily re-recorded vocal tracks. Perhaps the most telling omen that time was running out for the Sugababes however, was the emergence of JLS. Boy bands were finally back with a vengeance and everyone seemed to have forgotten why they were so naff in the first place. Meanwhile, Girls Aloud announced their hiatus and The Saturdays struggled to launch themselves to any real fervour, they’re still yet to bag a number one single in eleven attempts. A pop torch had well and truly been passed.

‘Freedom’ performed so badly in the run up to its general release that Sony deemed its only worth was as a free download exclusive via Amazon’s mp3 store. The band’s eighth album has also been pushed back indefinitely. In many respects then, the Sugababes are now back where they started bar the whole no original members stumbling block.

Rather than dwelling on the whole sorry mess, take a moment to crank up Spotify and give One Touch a well-deserved spin. It was unique when it first failed to set the charts alight in 2000 and it’s certainly in no danger of being replicated now. As relics of a bygone era go, this record is up there with the Pyramids and the Pepsi Chart with Dr Fox. Gone but not forgotten.