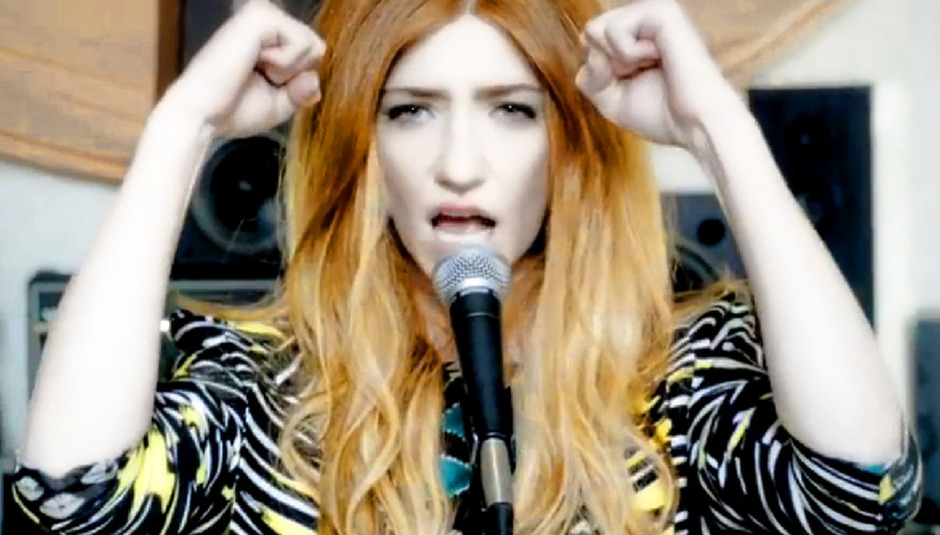 Spotifriday #109 - This week on DiS as a playlist ft. REM, The Antlers, Nicola Roberts

Spotifriday #109 - This week on DiS as a playlist ft. REM, The Antlers, Nicola Roberts

Some songs. From this week. In a Spotify playlist. Nice, eh? Click here to listen to it. That's alright, eh?

What do you want then? A quickie behind the bike sheds? You people. Seriously, though, The Antlers have produced one of our favourite and arguably one of the outright best LPs of the year in Burst Apart, but further proof is this. This particular track was awarded Single of the Week by Wendy Roby. Say no more, say no more.

Krystina Nellis wrote a very thoughtful and well-considered review of Nicola Roberts' debut solo effort, awarding it 7/10. She concluded that it was pretty good, but that it wasn't "exactly a sociology PhD thesis on the Plight Of Woman". But that's good, because to do it in musical form would be foolish.

You may remember that Saturdays = Youth was awarded our 2008 album of the year award. Seems like only yesterday. M83 will return with a new album in the next few weeks and they've also just announced a few more shows in the UK, which is great news. Plus there's also another London date in February, a little while later.

Almost exactly as naked pictures of Michael Stipe appeared on the internet, R.E.M. announce that they were calling it a day. It's a bit of a shame but, really, that last album was a huge degradation of most of their previous works, certainly from way back when. Still, it's not like they aren't leaving a legacy. Read Andrzej Lukowski's tribute here.

Another artist who we've favoured this year has been Erika M. Anderson (only Americans can do that initial as a middle name type thing...) who has LITERALLY exploded this year. There's a new video, which we showed earlier this week, and it's for this track particularly. Worth a watch, we'd say.

It could be argued that another band who are sullying themselves are Blink-182 but, as good as their early and mid-level material was, I don't think anybody cares at all that much. Which is a shame. Anyway, believe it or not, they have a new record out and it's not really that good. At all. Which is also a shame.

"Are Wilco the greatest ROCK BAND currently operating?" is a question asked quite a lot, or so it seems. The answer is "well, they might well be". Here's a little interview we did with them where they talk about things like Record Labels and banks and all that sort of thing. Music, basically.

Think we included this a few weeks back, but why shouldn't we do it again? Especially with the news that the "classic" line-up is going to release another album of brand new material, which will be their first since 1996. That really is something to get excited about, isn't it? There might even be some shows over here, though don't hold your breath.

This is a historical song. It's about William Rufus and an apparent curse on him. Or something like that. He played at Bestival, which we reviewed. However, the picture directly below his accompanying text is NOT him, just in case you were curious.

Let's. Shall we? See pictures of the band here.