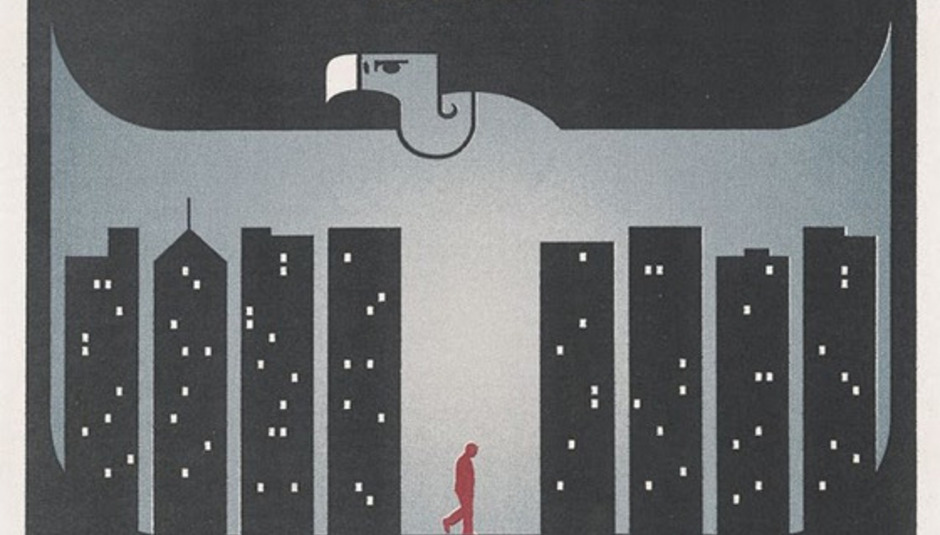 Well hello there. This is Drowned in Scotland with a difference; that nice Billy lad is away down south and you're stuck with me instead. Who the hell am I you say? Well, I write or have written for various music publications - in the main, for Radar ; I live in Glasgow; I normally can be found in Nice'n'Sleazy or similar; and I have a habit of dancing along to whatever's playing on my headphones in the middle of the street. In the past few months I've been engaged in the wonderful world of wedding planning; but it'll all be over by the time you read this. We'll probably disagree sometimes, but I'm sure we'll get along just fine - you can shout at me on Twitter or something otherwise - @elaineinglasgow. Anyway let's get down to it, eh?

In the month since the last installment of this column the Scottish New Music Awards were held and, sadly, left a bit of a bitter taste in some mouths. Mouths who aren't fans of Sandi Thom, which I imagine is most of you reading this. If you missed out on the commentary at the time, I recommend this report from blogger The Pop Cop for an insight to the strangeness of the evening.

On to something more promising - it's difficult second album time for We Were Promised Jetpacks , who release In The Pit Of The Stomach on October 3.

The two years since their debut, These Four Walls, was released has been a whirlwind of tours; culminating in a North American support slot for their boyhood heroes, Jimmy Eat World.

"Opening that email was the most excited I think I've ever been," said drummer Darren Leckie. "I spent years listening to Bleed American daily; and I remember when Futures was about to come out hanging on every track.

"It was pretty amazing getting to watch them every night. And they were really nice people as well; very reassuring, as it was that kind of, 'what if this band I love are awful' feeling before you meet someone.".

After the tour, WWPJ were left to buckle down to some serious rehearsal and recording time. Unlike their debut, which was recorded in eight days straight, they shipped themselves off to Iceland for three weeks - at Sigur Ros's studio no less - with sound engineer Andrew Bush and producer Peter Katis.

"It was a huge difference in doing things," said Lackie. "We had time to really get in to things; we could, if we wanted, be in the studio 24 hours a day. While it didn't quite get to that, there were certainly a few late nights. "We had a lot of trust in Andrew and Peter; we knew that they understood what we were going for."

The writing process was different, too: "With the first album, we didn't have to stop and think what we were going to write for it. We hadn't even known an album would exist when we wrote the songs - they were just songs we had written as we went along. It was more a case of gathering together what we already had and putting it in order.

"This time round, there was a definite goal, we were working towards the album itself which felt quite different."

We Were Promised Jetpacks "Act On Impulse" by GrillMarketing

Also moving on to album number two is Remember Remember, who released The Quickening on September 26 to widespread critical acclaim. It's a stunning album; much fuller than their debut, which is no surprise given RR is more of a full band concern now rather than a one-man act, but with the same feeling, full of shimmering loops and slow burning, shiver-up-your-spine style. It's out on Rock Action.

Something else I've been following this month is the epic journey made by This Silent Forest, who spent the best part of August into September recording their 30 songs in 30 days challenge. Every day a video was posted on their YouTube channel. The band also released their single, 'The Fight', on September 26 through Never Make Friends records.

More release info for your attention comes from Fiction Faction, who launch their 'Malenky Lizards' EP (hear it on Soundcloud ) on October 15 at Stereo, Glasgow; they're also playing the Notting Hill Arts Club in London Town if anyone down there is interested. Trapped in Kansas are also putting out an EP, on October 3. 'How to Go' will be released on their own Overlook Records label and a launch night takes place on October 2 at Stairway, Glasgow.

Meanwhile, to celebrate 20 years in business, outstanding Glasgow dance/electronica label Soma have released a compilation of classic tracks. It includes a never-before-released Daft Punk track, among other treats.

This is the fourth year for this Stirling festival, and this year headliners are Admiral Fallow and the aforementioned We Were Promised Jetpacks. Also playing are the nsfw-search-term Hairy Area (made up of members of WWPJ, Endor, Sebastian Dangerfield and Lady North), Rachel Sermanni, Three Blind Wolves, and Teklo.

This community venue hosts its second Eastern Promise festival, enticing crowds to a less well-visited area of the city, with bands like 7VWWVW, Withered Hand, Conquering Animal Sound, The Pastels, Tarwater, The Thing and To Rococo Rot. The Saturday will also mark the second outing for the Scottish Independent Record Fair, which had a very successful event during this year's Edinburgh festival.

BBC Radio Scotland DJ Vic Galloway is trying his hand at a new night where he'll hand-pick the bands playing. Not too shabby a lineup.

If I'm honest, I was more worried about this bit of the column than any other. Without combing the DiS forums every day for mentions of bands, how could I ensure putting on something about someone new and exciting? In the end I just decided to go for someone who's been in my head a lot recently and who, according to an editorial search of the site, hasn't been mentioned before here. Suggestions welcome for future but for now let's take a look at...

This Dundonian trio has been together since they were but schoolboys and have been a going concern on the gig circuit north of the border for a couple of years now. They're a good bet if you like your pop poppy-rock and in recent months they've stepped up the game somewhat, touring the country for their single, 'Your Heart's On Fire' and producing a couple of really superb videos, which is what caught my eye of late.

'Apollo! Apollo!' is the b-side to the single, but is a catchy little brat in its own right; listen from around the 2.32 mark for the bit which stuck in my mind. It's not rocket science, it's just a really nice single-y song. Work is apparently underway for the debut album, with hopes of an early 2012 release.

Make Sparks play The Greenside, Leslie, Fife, on October 2. 'Your Heart's on Fire' is out now via Bandcamp.

See you next month.