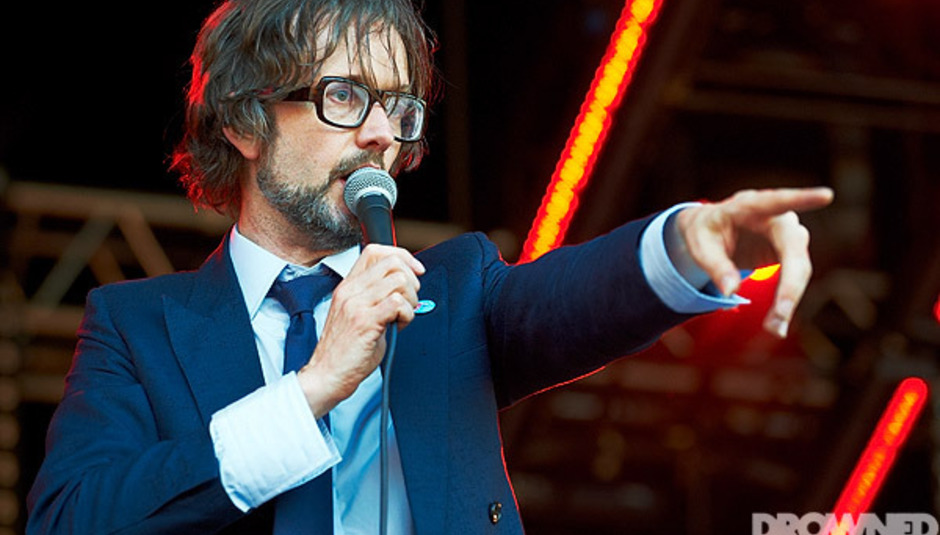 With 2011's summer festival season drawing to a close, the August Bank Holiday double header at Leeds' Bramham Park and Reading's Richfield Arena acts as the traditional curtain closer save for Bestival's more intimate finale in a fortnight. Although the Reading event will enjoy its 30th birthday this weekend, having first opened its doors in 1971, the baby that is Leeds still has a relatively new air about it by comparison, having only started in 1999 and moved to its current location of Bramham Park some four years later.

This year's line-up has attracted both a waft of criticism for the distinctly retro feel among its headliners yet when compared to bill toppers elsewhere, there aren't many artists out there in the same field that could realistically usurp the likes of Muse, My Chemical Romance or the joint top status of The Strokes (Saturday, Reading) or Pulp (Sunday, Leeds). Nevertheless, in a year that has seen the festival calendar decimated by poor ticket sales and cancellations, the normally guaranteed sold out signs have yet to appear at either site, which is possibly more a sign of the times than anything else.

However, DiS will be there in full force this year, and editor Sean Adams has put together this nifty little playlist of our favourite acts, while some of our scribes who will be attending have chosen the acts they urge you not to miss.

At some point during my rambling Glastonbury coverage last year I think I mentioned something about dutifully going to watch Muse like one might the football team they’d decided to follow as a kid, having initially been wowed by their stripey kit or Trevor Sinclair’s dreadlocks. So, a year on, that’s why I’ll be there; as someone excellently pointed out on the forums recently, Muse at their early millennium best provided a gateway to many more disparate and varied genres (I suspect I was far from the only one to discover Lightning Bolt in the aftermath of the Teignmouth trio opening their Christmas ’04 Earls Court show with a cover of ‘Dracula Mountain’) and it’s their early millennium best that they’ll be bringing to Leeds & Reading, the group announcing back in March that they’ll be playing Origin Of Symmetry in full in this, its 10th Anniversary. Balancing crunching riffs against formidable histrionics, it was perhaps, more so than Absolution, the perfect alchemy of all that Muse possessed in their arsenal before the tide turned and the laminated prog took over. For many of us, this might be the performance with which we can finally let go of them.

In the wake of Suede’s announcement that they’re to continue onto a new album following their reunion last year, it’s far from inconceivable that Pulp might decide to do the same, given the even more popular reception of their own return. As it stands though this weekend is the last before two Brixton dates that they’ll be seen on English shores. The reaction of their return has been a little different to that of their arse-slapping Britpop peers; whereas Suede returned with the sense of wrongs to correct in the form of a final two dreary albums, for Pulp the summer has been that of a glorious nostalgia trip for many – albeit one delivered with utter aplomb – and the claws of critical judgement haven’t really tightened on them as a result. Thus, with the celebratory atmosphere of their Indian summer rolling right up until the end of festival season, you’d be foolish not to join in the 100,000 or so shelling out £200+ in singing along to ‘Common People.’ Sixteen years on and the irony still remains.

And So I Watch You From Afar

Dour-faced, in-it-for-the-money Manhattan stars of yesteryear or righteous, white-knuckle carnality? We know where we’d rather be on Sunday evening; upon releasing the phenomenal Gangs earlier this year, Northern Irish four-piece And So I Watch You From Afar moved just a slight way towards the explosive force of their live show. Indeed, no matter how much energy they manage to force feed out of stereo speakers their recorded output is still likely to fall far behind the instrumental rockers blistering performances on the boards. This is a group so in command of their instruments that the very noise making vessels they carry seem to quiver within the band’s grip, or something. Either way, this is likely to be among one of the rawest, high octane sets of the weekend.

Many were disbelieving when Los Angelean hard knocks The Bronx announced their mariachi inspired side-project in 2008; a group who at times seemed barely containable in their frenetic punk maelstrom, the promise of Mexican balladry, classical guitar, trumpets and woodwind sounded a rum move indeed. We should’ve known better. Fiercely committed in all they’d done to date, such a passionate approach has now yielded two albums of original mariachi output, while the band have taken the carnation live with a humble enthusiasm far apart from their boisterous alter-egos, a respect for a genre lesser gents may have smirked through permanently etched into their performance. They play as The Bronx elsewhere on the bill too, the ruddy troopers.

Another who’ve reformed on this year’s bill, it seemed that there was no love lost between noise-rock dup Jesse F. Keeler and Sebastien Grainger when they returned live in London earlier this year. However, if the misanthropy between them feeds itself into their music and not their egos then the pair should provide a venomous biting attack of sound taken from a small back catalogue that still sounds out on its own today.

(1140am BBC Introducing Stage - Friday 26th August Reading, Saturday 27th Leeds)
Stumbling upon rugged-of-vocal male collective Heart-Ships in an impossibly small upstairs bar room during Live At Leeds annual venue-a-thon this May, it was easy to become allured by the raw, earnest delivery of their songs. Possessing tracks that bore a passing resemblance to folk, the young group couldn’t resist the urge to keep reaching for something more elaborate; in a funny way it reminded me of the wide-eyed doggedness of first album Hope Of The States, at others it felt only a couple of notches below Shearwater’s graceful ascents and plummets. Either way it had bags of potential; definitely ones worth getting up early for.

If you're a hardcore band with a penchant for twee 1980s indie and over sixty releases to your name in under ten years what do you do next? Easy, write a double album in four parts around a fictitious character called David of course. As uncompromising as ever, this Toronto six-piece may have revealed prog-rock tendencies previously hidden away under their punk-driven angst but expect nothing short of a vitriolic mess here.

Despite not having a stable line-up since bass player Carlos Dengler's departure just over a year ago, Interpol are still a phenomenal live force as anyone fortunate enough to catch them on their recent European tour will vouch for. What's more, they've been easing some of their earliest and in some cases ('Specialist'), rarer works into the set, so expect the unexpected here as well.

Already leading contenders for album of the year thanks to the pretty much flawless Burst Apart, The Antlers are also becoming a near religious experience in the flesh as well. Having wowed a large crowd on the DiS Stage at Leicester's Summer Sundae festival a fortnight ago, more of the same will surely ensue at Leeds and Reading, despite some erratic scheduling on the part of the festival's organisers meaning they go head-to-head with Deftones and Metronomy among others.

Talking of clashes, here's one where nice zip down the midriff would work wonders. While some sceptics still remain unconvinced by The Horrors 360 degree rotation from cartoon garage punks to potentially the most innovative band on these shores, the almost perfect coupling of Primary Colours and Skying make them a must-see here. With a live set that currently combines the best bits from both their last two long players, anyone wanting to hear 'Count In Fives' would probably better off staying away.

Alternatively, one of the few real exclusives here this summer sees the re-appearance of James Lavelle into the live arena. Although not strictly a "live" set, this collaborative audio/visual DJ performance should be one of the highlights of the weekend. Decisions, decisions, now where's that coin...?

Their rise from indie also-rans to genuine stadium megastars in-waiting may have taken over a decade, but if recent show-stopping performances at Primavera and Latitude are anything to go by, Leeds and Reading are about to get slayed too. With a back catalogue that's simply to die for, one can always play the setlist guessing game with your friends before they come on and see who wins. Not that there'll be any losers by the time they've finished, of course...

Follow DrownedinSound on Twitter for regular updates throughout the weekend's festivities while next week's DiS will feature a full review of all the highs, lows and in-betweens.