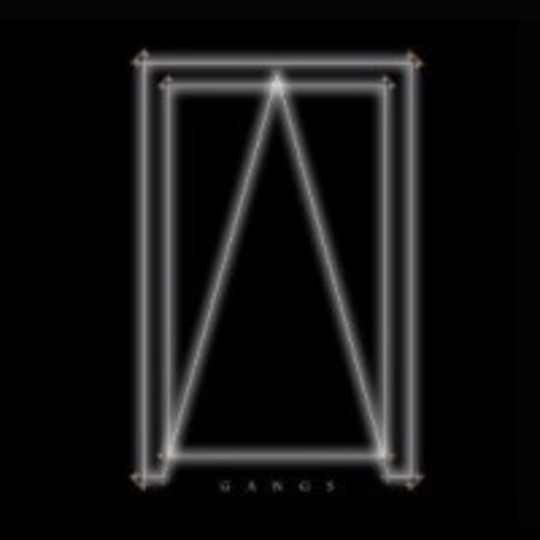 Truly, there’s never been a more clear or concise way to describe Belfast four-piece …And So I Watch You From Afar than as a 'gang.' As anyone who bears witness to their live show can testify, theirs is a synergy, an understanding that binds so strongly together that in their frantic motion - with limbs thrashing instruments like birch on flesh - it forces the resulting sound to rise taut and athletic, a monstrous proposition that has to be so in order to meet its makers head-on in masculine conflict. There are enough opportunities to see this as well; ASIWYFA remain a gang in a true sense too, a band who tour out of necessity, playing well over 100 dates per year, their sustained intimacy bleeding into their music. It gives a sense that whatever output they release is merely a postcard, a marker from whichever corner of the world they happen to be in at that point.

What that opening paragraph basically indicates is that Gangs is by far and away this band’s finest work yet, the emphatic result of all those live shows, all that time spent together in tour vans, on ferries and planes, that thin line between affinity and claustrophobia exploding forth into a work of sheer energy. You can hear them gathering themselves for the onslaught right at its beginning, volleys of chanting, a brotherhood calling back and forth in ‘BEAUTIFULUNIVERSEMASTERCHAMPION’s revved up opening before they push off into the first of dozens of joint-mangling guitar hooks. On initial listens to Gangs the aim appears simple: find the riff, lock-in the rest of the track’s components and drive, beat and harry them to breaking point. ‘BEAUTIFULUNIVERSEMASTERCHAMPION’ revisits its central motif several times; follow-up ‘Gangs (Starting Never Stopping)’ pushes things ever further, guitarists Rory Frier and Tony Wright seemingly setting out to hurt their rhythm section, upping the ante to ever more breakneck levels. You can almost see the sweat seep out of the speakers before their maelstrom of dexterity gives way to great waves of squalled sound, a trick repeated again in ‘Search:Party:Animal’s’ siren-backed metal-leaning axesmanship.

In this opening triad the emotional tenor is set and, yes, there isn’t too much to it other than the rush and instantaneous impact of noisy euphoria. Yet after this introductory salvo the group truly start to spread their wings, embedding new tricks and nuances into the album’s back end with a hitherto unseen subtlety. On ‘7 Billion People All Alive At The Same Time,’ amongst returning clarion vocals calls – a reaffirmation of their togetherness, perhaps - lurks a more refined guitar line that struts and grooves in a manner quite apart from the band's stock-in-trade razor sharp math-rock. The second half of ‘Think:Breathe:Destroy’ re-visits their Irish heritage, albeit recalling the re-located punk of Dropkick Murphys (ok, so on paper that sounds crap, but run through their tightly-woven intensity it’s really, really not). Final track ‘Lifeproof,’ meanwhile, throws a complete surprise in at the LP’s very end, the band playing out a carnival-esque rhythmic outro, samba, whistles and all.

Perhaps most impressive however is the two-part ‘Home: Ghost Parlor KA -6 To Samara To Belfast.’ Spread across tracks six and seven, it sees the band thin out their density and make use of the newly found space surrounding them; guitars come shrouded in echo and delay while flutes skitter in and around their off-beat meanderings. It’s the slickest of gear changes, and one only emphasised when they begin to unfurl again, re-colouring in the gaps first with playful enthusiasm and then furious vigour.

So it’s another technically accomplished instrumental album, so what? The 'so what' is that, contrary to belief, it is still possible to advance on templates like this, those built on simple foundations of guitar, bass and drums, and And So I Watch You From Afar have proved this brilliantly. The 'so what' is that despite their tendency of swapping about time-signatures and restlessness during passages, you’re never left in doubt of the singular and collective direction they’re going in, the 'so what' is, fuck, just the pure joy coming out of this record, each hook made for manic bounding up and down to, tongue wagging, big goofy grin on face. This is the sound of a gang who’ve never been tighter, and a postcard of their journey that couldn’t have captured them at a higher peak.