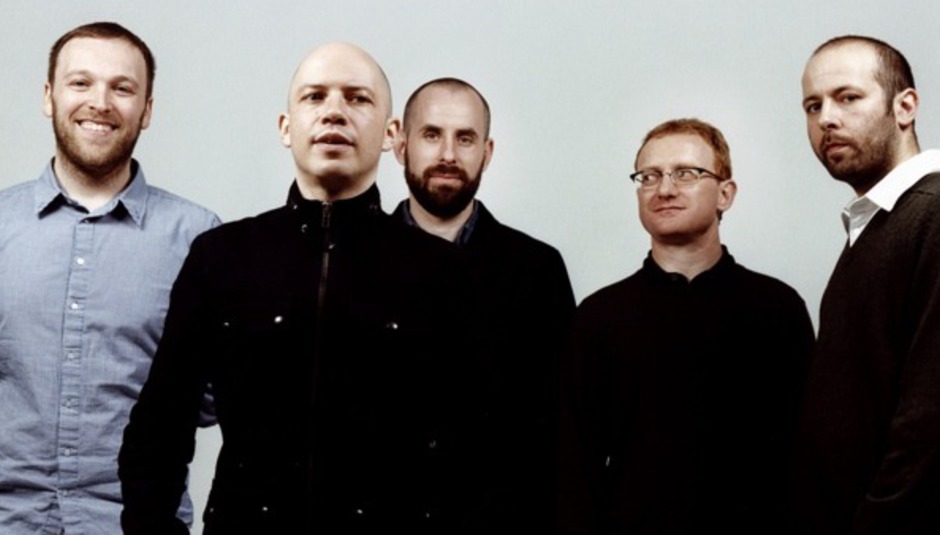 We’re not sure if they pay attention to reviews of their own work or not, but it’s safe to say that Stuart Braithwaite and his Mogwai cohorts are more than aware of DiS: they actively take part in contributing content. Whether it’s a guest article here and there, February’s week-long takeover or comments on the site’s very own discussion board, the band’s love of music is unquestionable and perhaps explains why they feel the need to share the odd divisive opinion on a public platform.

Editorial contributions aside, 2011 has been a big year for the Glaswegian instrumentalists: latest album Hardcore Will Never Die, But You Will not only received rave critical reviews, but also landed the band their highest position on the UK album chart since 2001’s Rock Action. Never ones to stand still, Mogwai have been touring almost relentlessly since Hardcore’s release, finding just enough time to ready a new EP, Earth Division, which has been described as a subdued departure from their dynamically varied full-lengths. To discuss these recent developments, DiS caught up with guitarist Stewart Braithwaite at his hotel room in Italy (at this contributor’s expense, I might add), following the band’s performance at Sicily’s Ypsigrock festival. Although his answers may be brief, they are always well-considered and may even offer a few pearls of wisdom along the way.

Judging from ‘Get to France’, your upcoming EP, Earth Division, certainly sounds like a deviation from Mogwai’s well-established sound; was this a conscious decision or something that came about naturally?

Did any of the band members pick up any new instruments for the recording?

I think John [Cummings, guitar] plays the harmonica on one of the songs. That’s the only one I can think of! (laughs) I’m trying to think… There’s an acoustic guitar on one of the songs which isn’t very normal for us. Nothing too radical, no didgeridoos or anything! (laughs)

Is Earth Division a sign of Mogwai mellowing in its old age?

I wouldn’t have thought so, no. Again, we did them at the same time as all the other songs [on Hardcore Will Never Die, But You Will] and some of those other songs are pretty un-mellow. (laughs)

In contrast to the last question, one of the new tracks on the EP is simply titled ‘Drunk and Crazy’; is this representative of Mogwai on tour?

You’ve had a pretty successful year so far and I seem to recall you tweeting that Hardcore Will Never Die, But You Will reached number 25 on the UK charts; was that an important moment for the band?

I don’t think it’s that important but we put the album out ourselves for a myriad of reasons it was quite important that it did well. I don’t think we’re the kind of band who really dwells too much on sales or anything particularly commercial but I think, on this occasion, it was probably a bit more important than it has been at any other time.

Considering your relative chart success, Mogwai could be considered important in the integration of instrumental music within mainstream culture; do you feel like the band has any kind of legacy to maintain?

I think there’s a legacy that people probably have come to expect something of our music. I don’t think it’s anything to do with integrating instrumental music into mainstream culture, which is a nice act I suppose but I think it’s more a legacy to ourselves, to the music we’ve made and for people to like our music. I think that’s probably the same with most bands that have been going for a while.

Do you feel any pressure when recording?

Yeah. Again, it’s just a continual pressure to do something that’s good. I remember the most pressure I’ve ever been [under] was when we made our first record, which was to try and do something good and then there’s the pressure to maintain doing something good. I think that that’s a healthy pressure.

Do you feel that there’s a strong instrumental scene now? Are there any bands in particular who you think are doing anything exciting?

I think that there’s a vast instrumental scene, which is very different from when we first started in Mogwai: it was very much a novelty that we didn’t have a singer. I’m trying to think [of bands]… I’m really fond of Fuck Buttons; not that they’re a guitar band but it’s still instrumental music. I was going to say Belong but they’ve started singing. (laughs) I don’t think you need to differentiate bands really, whether they’re instrumental or not instrumental.

That’s the right attitude to have, I’d have thought.

Yeah, it’s whether it’s a good record or a bad record.

On that note, your new North American record label, Sub Pop, has a pretty impressive pedigree; how have you fitted into the family, as it were?

Really good. It was actually when we really hung out with them in person one time when we played in Seattle [that we fitted in]; they were on a trip to Poland at the OFF Festival, which we were playing and Low were playing. We hung out with them in the hotel for quite a bit of the night and they’re really nice people and, yeah, as you said, the amount of amazing records that they’ve put out over the years is great so it’s a big honour to be part of that.

One of Mogwai’s most endearing charms is the quirky titles assigned to songs; do you have any particular favourite song titles?

I quite like a lot of them actually. I’m particularly amused by them; sometimes you’re having a bad day and you’ll see a song title written down somewhere and just get very amused; we’re responsible for printing up large amounts of cardboard with ‘I’m Jim Morrison, I’m Dead’ on it. I don’t know what my favourite one would be… I quite like the ludicrousness of ‘Stupid Prick Gets Chased by the Police and Loses His Slut Girlfriend’.

That’s a classic, right there.

Yeah, it’s good. Didn’t get a lot of radio play but what can you do? (laughs)

In terms of other ventures, many fans consider the Zidane: A 21st Century Portrait soundtrack to be amongst Mogwai’s best work; is there any more score work in the pipeline?

Yeah, we’re actually talking about doing something early next year. I don’t think that anyone knows too much about the film so we’ll probably wait for the film people to sort it out but yeah, that’s our plan.

It was just an art project that our friend Douglas Gordon was doing with another artist and he just, I guess, wanted something else to add to the piece; he wanted this music to play on a loop at [the installation] all the time. It was quite hard to do actually ‘cause, well Barry [Burns, guitar/piano] still lives in Germany, but he had to come back from Germany and it was when the [Icelandic] volcano was live so we had less time to do it than I think we would have liked to. It’s probably the most ambitious piece of music we’ve ever done; I like it a lot and I think it sat quite well with the album too because it’s totally different from everything on it. It’s actually probably closer to what this [Earth Division] EP is like.

Do you compose any differently when you’re working on soundtracks and aural accompaniments?

When we did Zidane we had a really short space of time so some of it was almost improvised: that was pretty different. We’re usually really, well try to be, quite prepared when we enter the studio but with Zidane we got a really short amount of time. I don’t know if we’ll be quite as unprepared when we do this next soundtrack but it definitely gives you room to be more spontaneous and give you more space in the music because the music doesn’t have to be the focal point of what’s happening.

Speaking of other projects, whatever happened to that collaboration with Chino Moreno of Deftones?

It just didn’t happen; I can’t really remember. I guess he was busy and after a while you don’t want to do something with a really old song; it’s not going to sit well with what you’re doing. That’s why we ended up putting the song with Roky Erickson [‘Devil Rides’ from 2008’s Batcat EP] on an EP rather than an album just because that took a long time to come together and by the time it happened, the song just didn’t really fit in with anything we were doing, even though it turned out well, I thought.

Can you see any more collaborations happening in the future?

I think so. Yeah, I definitely think so. There are one or two bands who always seem to have their famous mates on the record and I would hate to seem like that but there’s definitely something worthwhile in it. It’s always interesting to see how other people work as well.

I don’t think they’re going any more! (laughs) I’ve not changed my opinion of their music, no. Not much.

Are there any other bands in particular who get your blood boiling these days?

I don’t really get annoyed by bad music the same way I did when I was really young, and even then I wasn’t really annoyed, I was just good at ranting about it. I’d much rather listen to good music than complain about bad music.

Finally, how do you keep a band going for as long as Mogwai have and what’s next?

I don’t really know. I guess the reason we’re still going is because we like hanging out together and people still want to hear our music and all those things, we’re quite lucky [for them] to be the case. I don’t know what’s next… We’re still playing; we’re going to be playing up until the end of the year and then, as I said, this soundtrack early next year then we’ll probably just do bits and bobs live up until next summer then probably go find a corner somewhere and fade away. (laughs) Hibernate like a bear or something like that!