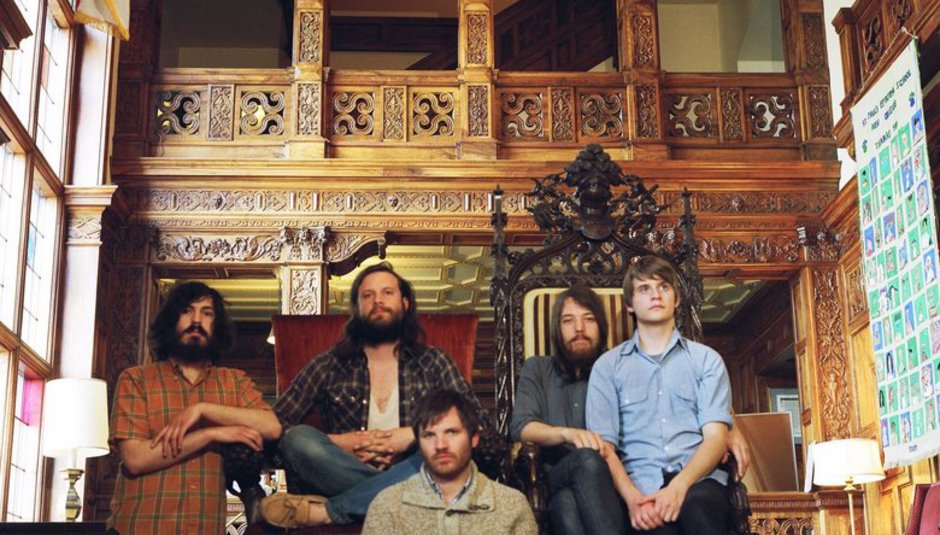 Spotifriday #88 - This week on DiS as a playlist ft. Beastie Boys, of Montreal, Dels

Spotifriday #88 - This week on DiS as a playlist ft. Beastie Boys, of Montreal, Dels

There's been an awful lot of action going on around the Beastie Boys this last week, mostly because they've been gearing up to release their new record Hot Sauce Committee Pt. II and have been doing various wild and wonderful things to accompany it. It comes out next week but you can read our verdict right here, right now.

So, of Montreal (yes, it's a small "o" in "of") can't stop releasing records. No bad thing if you like their music, I guess. Their new one, entitled thecontrollersphere (all one word), came out on Monday and our Album Reviews editor Andrzej Lukowski reviewed it here.

Lovebone is both a hideous and glorious name for a song. It's part of the reason why we love Manchester's Dutch Uncles who, of course, are not in any way Dutch. To my knowledge at least. They followed up their super debut record with another one this week, entitled Cadenza.

Diskjokke returns with a new record very soon indeed, which you can read a bit about here and also listen to and download a track from. It's typical Diskjokke, which means "very good".

Records are coming thick and fast at the moment. Parts & Labor released Constant Future a little while ago, but they've just unveiled a new video for this particular track, 'Echo Chamber'. Watch it here.

Ah yeah, Fleet Foxes, man. Helplessness Blues is the name of a track (this one) and also the name of the record, which was reviewed earlier this week. It's pretty good, we reckon.

Despite numerous proclamations in the review of their new record that You Animals might be THE BEST THING IN THE WORLD EVER, it turns out they aren't. But they are quite, very, very good. There is no shame in that at all.

For a minute I thought this name was about a previous unknown member of the Glazer dynasty, like Avram, Malcom et al. Unfortunately not, but Japanese fellow World's End Girlfriend has made an absolutely astonishing record. Read the review here.

Hmmm, couldn't find an actual Steve Reich one of these, so had to use one by assorted musicians and that. It'll do, I guess. I do hope we haven't taken it out of context, though. Anyway, here's a review of SR himself playing London's Ether Festival.

We couldn't find the Single of the Week, which was a track by Purity Ring, so we had to settle for this rather pithily titled track. GOB. FLOB etc.

Click here to listen to this week's playlist and here to browse through our Spotify playlist archives.