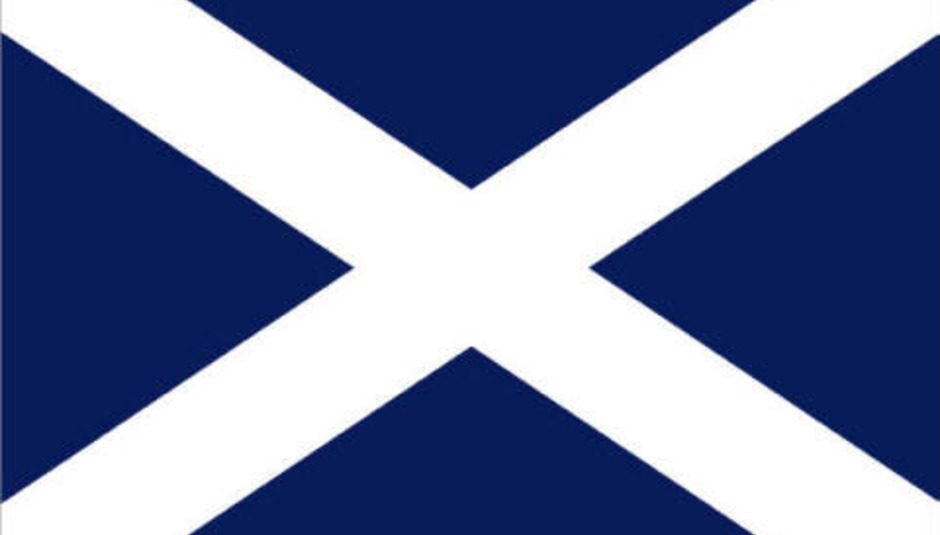 Another month, another Radiohead record, and another music-orientated dispatch from north of the border.

With the annual South by South West showcase (better known as the wholly incorrect acronym SXSW) only weeks away, there's a string of Scottish acts attempting to bankroll their transatlantic trek via all manner of elaborate schemes.

Cuddle-pop quartet Kid Canaveral will be tugging on heart and purse strings like Bob Geldof in a stray dogs home as they ply their gooey melodic trade at SXSW fundraisers across the Central Belt at the tail-end of the month (Glasgow, 24 Feb and Edinburgh, 26 Feb). And not content with merely battering paying punters into submission, ceaseless noise mongers Bronto Skylift have created some rather spangly T-shirts that deserve to hear the clink of your pennies jingling in their pockets.

Many more tartan-clad tunesmiths intend on making merry at this year’s sweltering Texan cess-pit. Yet of the 22 acts originally penned in, only 17 remain, with further casualties expected before the curtain rises on 16 March. So, is it really worth it? After all, SXSW's spotlight is hogged by 2,000 other acts all making pleading eyes at the same gaggle of arm-pit seeping, gak-hoovering A&R types. Maybe not, then, but it'd be folly for any artist to sneer at such a potentially career-escalating opportunity. Perhaps there's a more pertinent question to ask in such situations: can local bands afford to pass on such high-profile window displays?

Moving back to Scottish shores, our virile young music makers are having their backs slapped at this month’s Scottish Alternative Music Awards (SAMAs). Billed as a showcase of the best Scottish alternative artists, the new music commending shindig is happening at Glasgow’s Classic Grand on Friday (25 February). On the face of it, the SAMAs look like your typical preordained gong-a-thon. But, unusually, these awards are to be decided by the adorably subjective public – a sure fire way to up the entertainment stakes. By now, the voting has closed, but the results are worth keeping an eye on, if only to confirm how out of touch we hacks really are.

Talking of being utterly out of touch, Channel 4 has just screened its latest instalment of the Sound From The Cities series – a late night take on music scenes across the land. This time it honed in on the aural delights of Edinburgh. Now, in recent years the Capital’s streets have been jangling to the likes of Meursault, Broken Records and Found. So what did the producers do? They reeled out the musical 'skills' of KT Tunstall, John Fratelli and someone called Kristina Cox, while speaking to a selection of Scottish music dignitaries from anywhere but Auld Reekie (Edwyn Collins excluding - although he's really an honourary Glaswegian).

Over the years, Edinburgh's music scene has had more kicks to the balls than a groin-cup tester working overtime in an East-Asian sweatshop. Sounds From The Cities should have offered an informed account of the challenges posed by over eager property developers, apathetic audiences and the overbearing shadow of its M8 rival. Instead, the nation tuned in to banal chat over Scotland’s pre-supposed London paranoia, a recap of the pre-2005 'glory days' and teeth-grating kilt gags by one half of the UK’s worst comedy duo since Hale and Pace (Hello Matthew Horne). Frankly, all this abominable show proved was that, as a platform for new music, TV is very nearly dead.

Perhaps pre-empting the goggle-box’s slow demise, the boys behind Detour Scotland – a forward thinking music promotion crew – have set up shop on You Tube with their own video channel. Over the past year Detour’s star has steadily risen, thanks mainly to a series of live shows set outside your typical four-walled affair and Detour henchman Ally McCrae’s recent appointment as Scotland’s disc-spinning maestro on Radio 1's airwaves. In the coming weeks, the guys plan on posting a video a day to the site, with entertaining snippets of local tunesmiths like Alex Kapranos, Young Fathers and Ariels Up already aired. To give you a flavour of what’s in store, check out this porcelain-primed acoustic offering from Bronto Skylift:

With Record Store Day just about in sight (16 April), Kevin Buckle, the owner of Avalanche Records -Scotland’s best known independent music retailer - has penned a few paragraphs on the challenges facing local record shops today. The post, perfectly entitled ‘Hardcorewillneverdiebutrecordshopswill?’, chews over whether bands and labels have a responsibility to support their nearest vinyl shack. Intriguingly, it also reveals some customers are taking iPhone snaps of albums they hear in store so they can bypass paying for them at the counter. Tsk, kids today - where do they get off? Anyway, Kevin's musings make for an intriguing read that’s not as one sided as you might think. Let’s hope for his sake people don’t just take note, but take action.

Finally, anyone left salivating over last month’s Homegame teaser may be in for a bitter blow. After less than five seconds (or so it seemed) of being in the public domain, tickets for this year’s Fence Collective soiree in May were snapped up and swallowed whole like those little white balls you get in Hungry Hippos. Still, never mind, this month saw the announcement of a few more musical jamborees to glug yer Buckie and stroke yer beards at. The unfortunately titled Stag ‘n’ Dagger has another stab (sorry) at the multi-venue festival thing on 21 May, while the Inverness-situated goNorth festival runs from 9-10 June and will be used as a kickstart for the goNorth Festival Tour (which you can read a little more about here). Of course, the daddy of all Scottish Festivals, T in the Park, is still to announce its Balado line up for this year's festivities. Expect more on that bound to be polarising topic next month.

Gig-wise, it’s looking fairly rosy in Scotland over the next month, with an oceanic swell of worthwhile live shows happening across the country. To help navigate you through this smorgasbord of tuneage, here’s five to look out for…

Post-rocking bombast from Arctically-titled headliners with splashes of angular indie-shapes thrown in from a sprightly local undercard.

Probably the most engaging live band in Scotland, on stage John Knox Sex Club make the tender, arable numbers of last year's mesmerising Blud Rins Cauld LP sound like the wounded craw of a feral highland beast. Astonishing stuff, not to be missed.

With his penchant for stripping off and stage diving, it’s impossible not enjoy Tim Harrington’s maniacal histrionics. As for the music, well it’s Les Savy Fav. Need I say more?

Very probably gig of the month. The Glasgow PodcART-curated show features four of the country’s most ear-blistering hopes for 2011. Best pack a protective mask - your face is sure to get melted.

Riding high on the wave of effusive praise that met album number two, The Wants, Phantom Band will be looking to prove all that fancy-pants production can transpose its way on to the stage.

It’s amazing how often wonky, off-tune guitars and unsynchronised time signatures congeal as solid bars of tuneful gold. Armed with both abstract intentions and indie-pop sensibilities, Glasgow trio Mondegreen seem to have perfected this alchemic craft. Definite echoes of Pavement permeate their spasmodic lo-fi rancour, but below the restless fuzz-box jerking lies the same acute rhythms and inventive concords that make Field Music so listenable. Already occupying a soft spot in the heart of Chemikal Underground’s Stewart Henderson (so he says right here), their feverous debut EP exudes the sort of cloying, gnarly aesthetic the ex-Delgados man proudly turned out in his younger days. With a debut LP already in the making and the promise of wider reaching live excursions, Mondegreen are a band primed and prepared to make a sizeable mark.