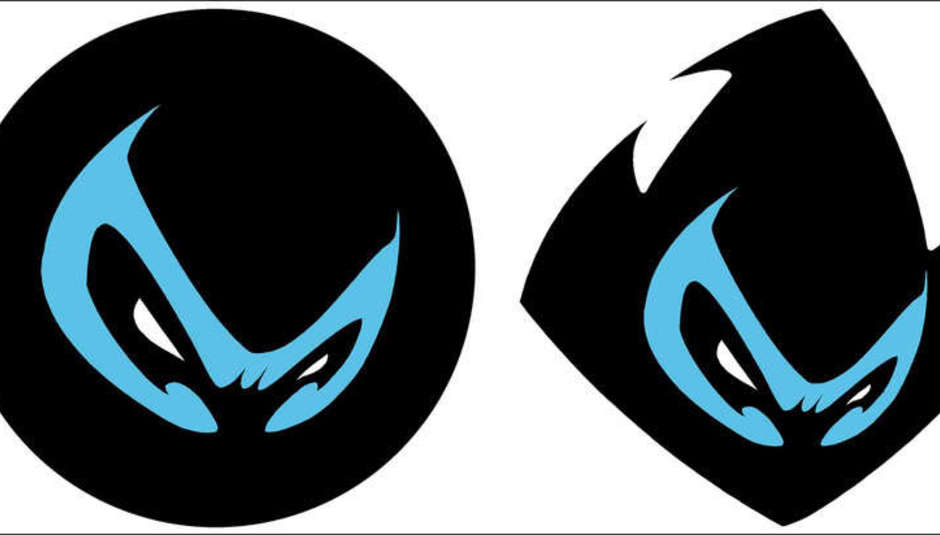 London’s Ninja Tune imprint has recently celebrated its twentieth birthday, and has done so with a ludicrously packed boxset they’ve dubbed a ‘futurespective’: instead of focusing on what’s come before, they’ve elected to draw together a veritable who’s who of current dance music trends. Close relatives of the dubstep/post-dubstep explosion feature heavily – from Ninja stalwarts like The Bug to newly signed tracks from the likes of Zomby, Dorian Concept, Mala and Dark Sky – alongside earlier label classics twisted into bizarre shapes by a host of newer names. As well as offering a pretty comprehensive overview of what’s currently going on around the peripheral zones of UK dance music, it functions as a snub to those who tend to pigeonhole the label as just putting out slightly kitsch, stoned breaks and hip-hop variants.

With their recent output stretching in directions far beyond the sound of Ninja’s core set of artists, and a new link forged with Flying Lotus’ hot-as-hell Brainfeeder crew, it seemed an appropriate time to take a closer look at the label’s story so far and on into the future. DiS caught up with founding duo Coldcut to chat about the journey so far and what’s coming up next. This is the first of two features, focusing on the label’s past – the second part will look further into its current development and where it’s likely to find itself in the future.

The most interesting projects tend to evolve organically, with little more than wits, guts and the guiding hand of adventurous taste to take them toward new spaces and ideas. Two decades after Matt Black and Jonathan More set up Ninja Tune as an outlet for their own now anonymous output, frustrated at their Coldcut guise being locked in a maelstrom of record industry politicking, it’s proved to have legs far beyond its relatively modest origins. “Hey, there was no masterplan – except to see what we could get away with,” deadpans Black, when I ask whether they’d ever anticipated seeing the label achieve the success it has.

Trapped in a body bind thanks to their existing label’s insistent focus on them producing something with widescreen appeal, the duo made the decision to set up their own label while on tour in Japan with a pre-Fatboy Slim Norman Cook. With the Coldcut name temporarily in limbo, they were at a low ebb. “We were in a pretty shit place at the time we went,” explains a warm and chatty More over the phone from London. “Back in the UK we’d just left a whole raft of meetings and bullshit record company shenanigans and were pretty pissed off about everything to be honest! Frustration’s always been a useful factor for us because we have to try and use it to fire us up rather than being an armchair negative.”

Channeling that frustration into a series of records as DJ Food (an evolutionary alias later to settle with an entirely different line-up to its original incarnation), the label’s coherent aesthetic and growing popularity ensured its remit gradually expanded beyond the Coldcut duo into a blossoming roster of likeminded artists. The likes of The Herbaliser and Funki Porcini in particular pioneered the deeply psychedelic, downtempo style that came to be seen as the label’s primary sound. Even now, it remains an association – stigma is perhaps too strong a word - attached to Ninja Tune from certain quarters. It’s one not entirely inaccurate in places, as the fuzzy, early hours feel of some of the label’s major players ended up a prime inspiration for a seemingly endless stream of inconsequential imitators.

Still, around the time the term ‘trip-hop’ was coined, an awful lot of the music emerging from the label’s core group of artists was far more exciting and exploratory than the coffee-table murk the tag is usually associated with. Funki Porcini’s Hed Phone Sex album, released in 1995, remains a particularly involving listen. A potent and often unnerving brew of druggy paranoia, filthy-minded sentiment and jazz nocturnes, its darkened atmosphere calls to mind a midnight wander around the back alleys of midsummer London. The Cinematic Orchestra’s gorgeous Every Day album, released far later in the label’s lifespan, also seems to have only improved with age. Fontella Bass’ heartbroken elegy for her late husband on opener ‘All That You Give’ retains a broken majesty, and several reworked and extended versions of tracks from their soundtrack to Man With A Movie Camera drown in barely resolved tension, occasionally punctuated with flurries of breaksy live percussion.

Over the first twenty years of its existence, the label’s identity has settled less on a particular sound rather than a certain, hard to define aura. There are certainly similarities between many of their artists - in particular a tendency towards disassembled breaks and jazz-influenced modality - but if there’s anything that binds the disorienting blur of Amon Tobin to The Bug’s crushing digi-dub, or the keening soul of The Cinematic Orchestra to Jaga Jazzist’s heady onslaught, it’s a tendency to join the gaps and solidify connections that might not have been immediately apparent. Coldcut’s seminal Journeys By DJ mix, first recorded in 1993, could as easily reflect Ninja Tune now as it did then, blurring the lines between different styles of dance music into a single coherent whole. It feels as though it’s driven by an aim to dig beneath the music’s surface to uncover the hidden traits shared by all the sounds smashed into its hour long runtime: hip-hop, jungle, house, techno, jazz, film scores and more. The same is true of Big Dada, its hip-hop centric offshoot that has over time grown to encompass a similarly harlequin roster.

“I think [that’s] the founding aesthetic actually,” Black agrees, “because it comes from Jon’s and my DNA, which was in turn formed by the time we grew up, and influences such as John Peel, the great UK music eclectic. We’re all post-John Peel generations nowadays in the UK.” The mapping of routes between myriad strands of music over the last two decades has been a crucial factor in the label’s evolution, he explains. “Part of Coldcut and Ninja Tune’s trip has been to take that idea and then realise it using the hip-hop techniques of mixing and sampling, so that we can not just appreciate different types of music, but see what happens when they have sex with each other.”

But beyond its ongoing musical development, from vinyl DJ tools through early full lengths to today’s ever-broadening roster, what remains most surprising about Ninja Tune now is how they’ve managed to weather a tough two decades for the music industry. As first vinyl then CD sales dropped, and a cultural shift towards the online marketplace and filesharing accompanied the economic downturn, how have they managed to keep their heads above water where so many others have floundered? “It’s just being careful, being appropriate to sizes,” explains More. “From being able to release some really obscure but wonderful piece of music that we’re into, which might only sell to 500 people - but still be able to make enough money on it to make it worthwhile - to something like Scruff or Cinematic Orchestra that are large sellers. And still apply the same sort of logic, and not balloon out.”

And they avoided the temptation to borrow to expand beyond their means. “In a way, Matt and I were ahead of the whole banking crash scenario,” More continues, “because when we went through this process with a record label from being two blokes who made records in their bedroom to being on Top Of The Pops, and having big sellers, we were flopped on by all and sundry. A bunch of shysters came along and tried to have us with their wicked ways, saying ‘borrow this and you’ll be even better’.”

“We never wanted to do that,” agrees Black. “We just wanted to make sure we never got into massive debt. So that everything we did, we knew we could afford to do, rather than taking a coked-up lunch daydream for reality, and ending up splattered all over the sidewalk a few months later.”

Alongside some crafty branding tactics – printing everything on yellow paper when they first began; Strictly Kev’s iconic artwork and the label’s distinctive logo; producing Ninja Tune section dividers to send to record shops – one of the label’s, and indeed Coldcut’s, defining successes has been to remain at the vanguard of dance music’s shift into the digital age. “I think Coldcut’s the R&D department of Ninja Tune,” reveals Black. “I think we were the first DJs in the UK to play off laptops. And not because...” He tails off and laughs. “Well, actually we knew it was fucking cool and it was the way things were going, so it was making a statement! But it was just about experimenting.” His tone darkens slightly when I clumsily ask about the shift away from a vinyl-loving mindset towards a more digital outlook. He stresses the duo’s role in the development of digital DJing technologies and the importance of maintaining a level of realism around running a label business. “On the one hand, [there is] that love of vinyl, and the big picture on the sleeve – try skinning up on an mp3! – but it’s pointless to stick your head in the sand or to tear your hair out about it. I can see why people get in a lather about it, but we tend not to because it’s not useful.” He reflects for a minute. “And I’m very happy with my library of digital music, which I can mash up in ways I couldn’t do with vinyl, using Traktor and stuff like that.”

Both maintain that it’s been a constantly fascinating and often exciting trip. “I saw two sardines leave Stealth [Ninja’s regular club night in a pre-hipster Shoreditch] complaining it was too packed, that was quite funny,” More quips. “Stealth was a wonderful moment, it started life as a launch party for a DJ Food album and we didn’t think anyone was going to turn up. In those days it was acid this, smiley face that, and all the rest of it. And it was rammed, so we did it again, and again.” Which works as a pretty decent metaphor for the label’s own development. Initially channeling frustration at being trapped into something far larger, then seeing what they could get away with over a longer period of time; the process has all ultimately hinged around a straightforward philosophy, he explains as our conversation ends. “I thought there was a better way of treating artists. At the end of the day that’s what it’s about at the label. There are times when you get artists that can be divas, but I don’t think we’ve got any divas on Ninja Tune. We’ve just got Ninjas.”