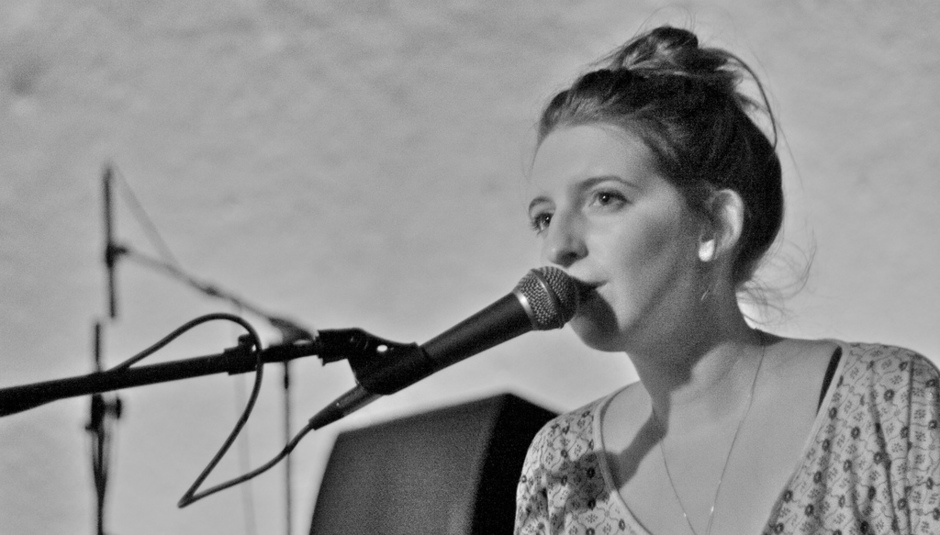 Another edition of our weekly Spotify playlists, this one featuring a whole FIVE bands whose name begins with W. They are Women, Weezer, The Wrens, White Hinterland and Wildbirds & Peacedrums. Click here to listen to this playlist.

These guys are a proper band. That's to say that they deserve to and hopefully will take the world by storm. Because we love them so much we asked them to run a few bits of content, as a sort of EE takeover day. Have a look at what they came up with by clicking here. Their album also came out this week, that's here.

This duo have been floating around in the blogosphere (sounds a bit like zorbing in zero G, doesn't it?) for a few months now with singles here and there. Thankfully they've now released a full-on EP. It doesn't disappoint, according to our review, and we have no reason not to distrust our writers. And nor do you.

Another well-anticipated record is released, Women's Public Strain. Soon enough, anyway. Sometimes a record is of a high quality, yet there is one track on it which stands above all else and really does distract you. This could be one such record, according to Andrzej Lukowski's review of Public Strain.

Hayley Williams and her gang played both Reading and Leeds festivals this Bank Holiday weekend just gone. We only sent a photographer to Leeds, however, so you can see what he took by clicking here. N.B. There is no nudity contained in the photos.

Hard to imagine that Rose used to be a Pipette. No disrespect to the Pipettes, but you just feel - though it's actually a lot more than a feeling - that what she's doing now is about fourteen times more substantial, albeit perhaps a little less FUN, than anything the Pipettes produced, with or without her. She was featured in This Week's Singles, although not for this track.

God this lot are noisy, aren't they? But are they as raucous in person as they are on record? We decided we'd find that out, among other things, when we interviewed the duo earlier in the week.

Again, another one from our weekly singles column, although this track wasn't the winner. We couldn't find it on Spotify. Anyway, the track we did choose from the Australians is almost as good. Read about the single of the week here.

Perhaps this would have been better next to Sleigh Bells. We wouldn't want you to stop listening, though, and that's what would have quite likely happened, given the level of noise in both that and this track. Huoratron released an EP a couple of weeks ago, and we published our review of it the other day. The whole EP is a lot to take in in one go, though I'd give it a go, honestly.

This song is good because the title is like "OH! THE HUMANITY" but replacing "humanity" with "manatee", the big sea-cow thing. However, musically it's better - and aptly enough it does gallop, and canter with its change of pace. A bit of fuzzy bass doesn't go unnoticed, either. We reviewed their record.

What would, I ask, arming a leg be? Like those divers with knives strapped to their calves? That's arming a leg? With a band who write chorus/verse interplays like Calories it seems a bit trivial to go on about the title at all. Get yourself a free download from the trio here.

Fuck. If this record doesn't make it into the Top 5 of our End Of Year list I'm going to be very disappointed. Still, whatever happens nobody can take anything away from the sheer greatness of Kairos. Some might even add to it, like worriedaboutsatan, who remixed opening track 'Icarus'. Listen to that here.

Husband and wife duos are often uncomfortable things. Not so in the case of Wildbirds & Peacedrums. Not as far as I know, anyway. They covered Iceland's greatest musical export (where is the o umlaut key on this thing?) at some awards ceremony. Watch it here.

This one is for anyone who says Maladroit is rubbish. IN YOUR FACES. And you can have Weezer in your face by viewing our photos from their performance at Leeds Festival here.

Another one in our Favourite 50 records of the past decade or so. Bruce Porter chose The Wrens and The Meadowlands. Have a look to see why he did here or just listen to the record and REALISE.

Click here to listen to this week's edition and here to browse our archives of Spotifried playlists.