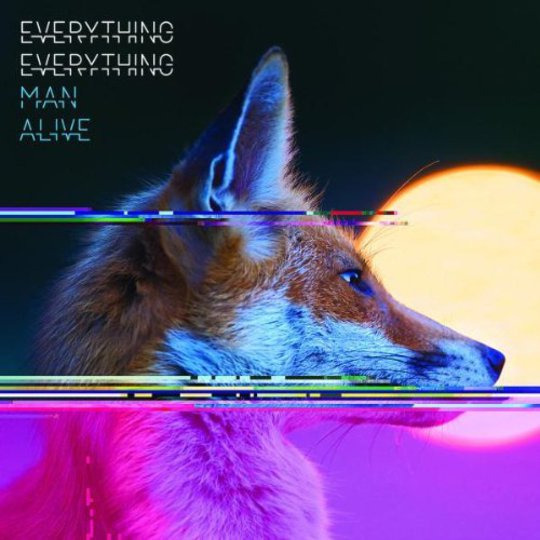 Fun as The Libertines’ reunion dates reputedly were, the most remarkable thing about the return of Doherty and Barât’s rum crew was just how old fashioned their music seemed in 2010. Not necessarily in a bad way, but considering The Libs have a reasonable claim to being the quintessential British indie band of the Noughties, it’s astonishing how little bearing they have on contemporary music. These days, even Arctic Monkeys carry a surprising lack of cultural clout when you consider their popularity a scant five years ago. The fact is that sometime between Whatever People Say I Am, That’s What I’m Not selling 360,000 copies in its first week and the present day, the bottom has pretty much dropped out of the four lads, two guitars, one bass and a drum kit dream. Whether you want to blame download culture, pluralisation of music tastes or the vagaries of fashion, the aspirational guitar anthems that were indie’s default setting for so long seem hopelessly antiquated now there’s no real money in them. No wonder David Tattersall of the Wave Pictures sighed in a recent DiS interview that ‘the term indie ought to mean something good[…] But of course what it actually means is blokes who are a bit hairy and smelly looking with guitars’.

But I’m thinking that’s going to pass. Whatever the semantic definition, I think most of us have a general sense that ‘indie’ is simply the more accessible end of the song-based alternative to the mainstream. And I think we all know that in 2010, Everything Everything are what passes for an indie band. And for that we should be bloody grateful.

Man Alive is an album blissfully uninformed by the ideals that have governed white male four pieces from provincial British towns over the last two decades. Okay, fans of SFA, Franz Ferdinand and Field Music will surely see something they recognise here, but the band’s sheer, rampant confidence in their electronic art pop has much more in common with the likes of Montreal and the Dirty Projectors than anybody peddling their wares on this side of the Atlantic. Certainly David Kosten’s production is the closest a UK band’s come to emulating those crisp, hi-tech R&B textures that are so in vogue stateside at the moment.

And you can feel the full extent of that confidence 24 seconds into first track ‘My KZ Ur BF’ when growling bass and lush stabs of clean synth strut in with unapologetically sex-ee aplomb, before frontman Jonathan Higgs drops in a refrain that rips off En Vogue’s ‘My Lovin’’ with raffish gusto. Sure the whole aesthetic is a little tongue in cheek – ditto the lyrics, which seem to be vaguely suggestive of suburban swinging, though I’m definitely wrong, I daresay – but it’s completely, wonderfully unapologetic about the way it sounds. And whatever the financial realities, Kosten’s production sounds fabulously expensive at the appropriate points: just as the very monied can pull off all sorts of outlandish adventures in couture, so EE arch a collective eyebrow and just dare you to suggest there’s anything even remotely wacky about their flamboyant R&B-isms.

In a nutshell, that confidence is Man Alive’s greatest strength, but probably the one thing that’s slightly holding EE back as songwriters. ‘Schoolin’’, as we all know, is brilliant, probably the most out and out R&B track on the album. Arguably it would actually be pretty so-so if it weren’t for that ‘woo-woo woo woo-woo’ noise. But the noise - which sounds halfway between turntable scratching and the cry of some faintly camp game bird - isthere and it sounds cool as fuck, absolutely the kind of assuredly minimalist flourish that bedecked Timbaland and The Neptunes’s productions back in their glory years. At other points the cool as fuck bits are surrounded by some slightly more pedestrian material, but the band stampede through it all via sheer chutzpah. ‘Qwerty Finger’ is pretty much generic pogo fodder, but the sheer squealing energy of Higgs’s performance propels you through to the good bit, when it all slows down into a gorgeous, Peter Gabriel-ish middle eight that effectively is the song.

But we’re here to celebrate, not nitpick, and though I’ve absolutely no doubt that EE have a better album in them, Man Alive is some pretty spiffy stuff. So let’s praise ‘Leave the Engine Room’s build from frail falsetto and skeletal electronics to one, gloriously full-blooded peak, as Higgs croons “I remember snatches here”, before the whole thing fades off, gracefully; let's bask in ‘Final Form’s heady, ominous climax, the singer croaking about a time when “my cells divide no more” under shrilly strobing synths and booming drums, an almost Kid A-esque fidget of guitar nagging in the background; let's get slightly sniffly to the harpsichord-driven ‘Two For Nero’, a madrigal-like construct that revolves around a delicate chant of “you never tell me anything, you never tell me anything”, one of the few moments the band come close to displaying a speck of vulnerability; and let's rock back and forth in glee to the edge of seat drama and urgency to ‘Come Alive Diana’s verses, then tear up a little as it segues into a marvellously slick chorus that evokes SFA’s Radiator-era peak perfectly.

This band has a ways to go: they can write more substantial, affecting music than this, their songcraft can indubitably be tightened up. But I think maybe it’s Man Alive’s sheer confidence that makes me feel alright about saying that: this is a band going places – they know it, and we know it. For now let’s take a deep, clean breath, survey the Brit indie scene of 2010, and rejoice in the knowledge that Everything Everything are at the heart of it.