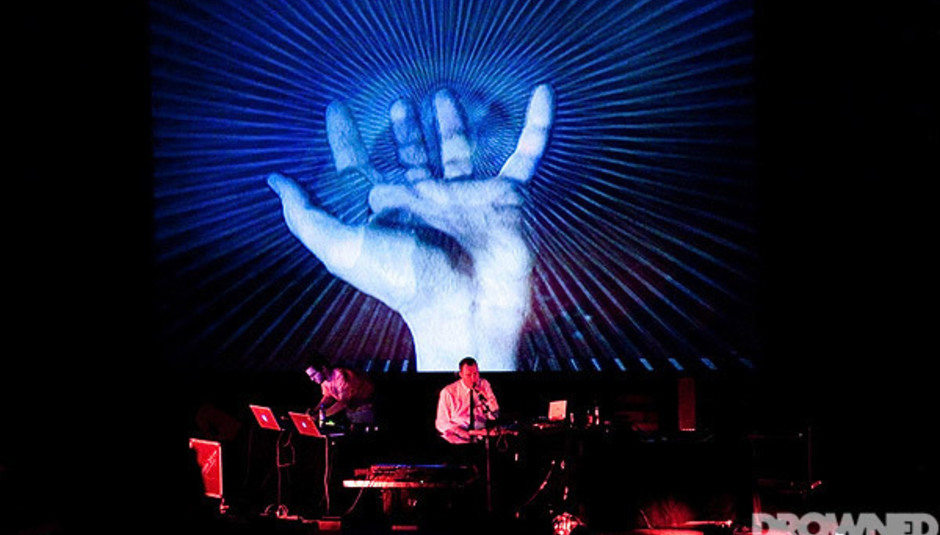 In a sentiment echoing Andrzej Lukowski's comments in his review of OFF Festival from last year, it's perhaps a little disingenuous to claim a veneer of journalistic impartiality when you've been treated to such a thoroughly excellent - not to mention vodka-soaked - weekend. That said, it's hard to deny the basic facts, all of which stack up in its favour: cheap transport, cheap ticket, very cheap drinks and a wonderfully diverse line-up. Its set-up has changed from last year, moved to a different city (Katowice) and expanded to three full days and a pre-festival gig, but there are still very few outdoor festivals in Europe where you'd encounter the sheer variety of music packed into even a single day here. And quite apart from its closest contemporary, Primavera, which has become ever more commercially driven to cope with the shifting economic situation, the ethos of organiser Artur Rojek's festival is firmly aimed at supporting art and music above all else. So it'd be doing a disservice to merely recommend OFF because it's a 'cheap option' - the level of thought and imagination that's gone into booking the line up is impressive, and the relaxed and fully attentive nature of the festival's crowd is a million miles away from your average chatty UK audience. The festival's also tiny, with a total attendance of less than London's annual Field Day shindig, and at no point feels in any way overcrowded.

On Thursday night, not long after I've arrived and met up with DiS photographer Helen Boast, we're whisked halfway across town to catch Matmos at a pre-festival gig. The duo project an arch, knowing nature quite at odds with the eminently serious music they’re teasing out, but over the course of an hour’s set it takes on a curiously free-associative form, and forty-five minutes slips by like a daydream.

The first day in the park dawns hot and muggy, and the whole of Katowice sits slumped beneath a gathering weight of pretty damn apocalyptic clouds. Luckily it’s nothing too difficult to handle, and the worst we encounter all weekend are a pair of torrential outbursts on Friday afternoon. The shifting microclimates do serve to draw the attention to the licensing restrictions though: no food or drink (of any kind) allowed outside the bar area, a situation that starts off mildly irritating but soon ceases to be any kind of issue. Plus it makes for some lightly wasted band vs. beer debate, a battle the likes of No Age and A Hawk & A Hacksaw effortlessly win, and great hyped ones Toro Y Moi and Tune-Yards struggle with.

Over all three days, certain common threads begin to emerge. The early parts of each day are given over to Polish acts - NP, whose Anti-Pop-esque industrial hip-hop beats and indecipherable lyrics are a suitably mind-purging way to begin Friday; Cie?lak i Ksi??niczki, who wring powdery emotional resonance from strings and spidery guitar; and the gorgeous, Sigur Ros and Cocteau Twins-recalling space pop of Hey.

There’s also no shortage of experimental material. The 'Inspired By Chopin' project brings together six artists to play sets inspired by the great composer, and there's a real range of results - affected (but curiously unmoving) virtuosity from Tune-Yards, Zu's volcanic math/jazz/metal/whatever and a gorgeous late night loop session from William Basinski. He's an elegant and understated performer, gently reeling yards of tape between outstretched fingers and setting separate elements off in slow opposition. I doze off on the wooden floor of the experimental tent, alongside about half of the audience, and it's blissful. Best of the Chopin performers though, and serious contenders for best of the weekend, are Fennesz - whose softly building choral drones are immersive in both content and execution - and Zs, who tear seven shades out of the crowd with furious free-jazz/hardcore improv stuff that's akin to being smashed into a brick wall at fifty miles per hour. Under the influence of a thick headful of beer and no shortage of Polish vodka it's bracing, and utterly invigorating.

Which is more than can be said of The Fall's set on Friday. While it's commonplace now to accept that Mark E. Smith is a nightmare to work with, watching him in particularly belligerent mode is a struggle. It's Smith doing his best impression of himself and much as they're still The Fall, a slightly disappointed pint seems by far the better option. In terms of stage presence and mood – the majority of overseas bands seem genuinely overjoyed to be here – they pale in comparison to Pulled Apart By Horses, whose rabid onstage energy is matched only by their capacity for alcohol that evening, and Dinosaur Jr, who pull off a typically scintillating Saturday set despite using borrowed gear (airline issues, apparently).

By Sunday evening, a frustrating lack of healthy food is taking its toll - an opinion thankfully shared by a large majority of the local crowd - and I almost choke on a crepe stuffed with what looks, tastes and feels like an entire tin of spinach. Suitably energised in a ferrous, Popeye-ish fashion, pushing through a massed crowd to get near the front for The Flaming Lips suddenly seems an awful lot less arduous. Not that Wayne Coyne and his merry men's set is anything other than an absolute joy, and their performance - including amongst other things an entire forest's worth of confetti and a giant bear - is a revelation. It's largely centred on the lysergic jams of their latest album, but it would be all too easy to watch them draw out extended closer 'Do You Realise??' forever. The rest of the journalist crew have all managed to find their way onstage to dance in orange suits, and it's poignant that the closing moments to a small but hugely enjoyable festival couldn't feel more intimate.