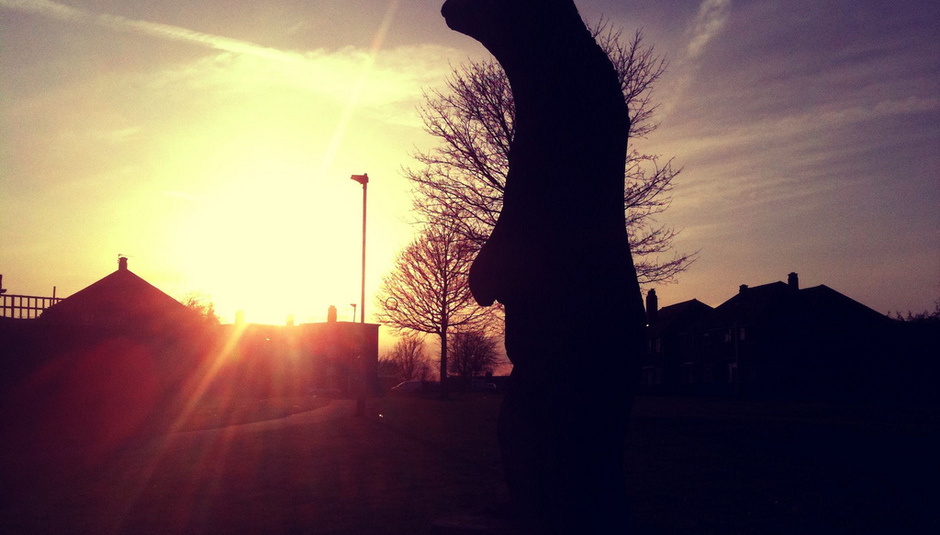 Even though dubstep’s popularity has certainly skyrocketed in the last year or so, in the wake of the Hotflush label’s successes and the continued rise of Skream, hosting a week of content like this on Drowned In Sound is still a real step into the unknown. So putting together this week felt like an ideal opportunity to expand further on our recent coverage of the genre - but given that we’re celebrating our tenth birthday it seems appropriate to go one step further than simply writing a long spiel about dubstep’s evolution over the last decade. Many of these producers’ seminal tracks have been released on limited vinyl formats and are tough to get hold of today, and it makes sense to try to get as many heard as possible.

25 Tracks, then, is an attempt to put together a mix that encompasses as many of the genre’s myriad shifts as possible, over the course of an hour. It’s never going to be comprehensive, and there are doubtless gaping holes where individual artists and sounds ought to be, but the aim is to provide a mostly chronological map of its development – all the way from the dark garage of El-B and Horsepower Productions to the many hybrid forms battling for attention today. It splits in two towards the middle and heads off in a techno heavy direction first, before reaching the simultaneous development of synth-driven hybrids like Ikonika and Joker. In 2010 these threads are converging again, with Joy Orbison, Scuba and Brackles reaching for new heights of assimilation and compositional nous.

25 Tracks: A Dubstep Chronology by Eighteen on Mixcloud

03. Benga – Amber [Big Apple, 2003] The earliest of Benga and Skream’s music, made when they were still teenagers, was released through Croydon’s now defunct Big Apple Records, and picks up where the dark garage pioneers began exploring.

04. Toasty – The Knowledge [Hotflush, 2004] An early anthem on Hotflush, the label now home to Mount Kimbie and Joy Orbison, that touches on wobbly aggression without ever losing its emotive core.

05. Vex’d – Venus [Planet Mu, 2005] Along with DMZ’s Coki, Vex’d essentially invented the aggressive, ravey end of dubstep – but with their album Degenerate years before the YouTube remix craze caught on, they did it better than anyone else.

06. Digital Mystikz – Neverland [DMZ, 2005] With a simple motto – ‘Meditate On Bass Weight’ and a heavily dubbed-out, uniquely London atmosphere, Digital Mystikz helped push for recognition of the genre as a valid musical form in its own right. This early track from Mala is one of the finest dubstep tunes ever recorded. 07. Burial – South London Boroughs [Hyperdub, 2005] Everyone knows Burial now, but this still stands up as one of his strongest tracks, a snapshot captured back when his music carried a muscular heft largely absent on Untrue. Its brooding approximation of the suburban sprawl south of the Thames was both menacing and strangely comforting, as though by remaining wrapped in a cocoon of maternal bass you were protected from the potential threats that lay just beyond.

08. Kode9 – 9 Samurai [Hyperdub, 2006] On this early single, the Hyperdub boss reimagined the feudal battles of Kurosawa’s Japan as vicious scraps in a dingy alleyway somewhere in South London.

10. Skream – I (Loefah Remix) [Tempa, 2006] DMZ’s Loefah took the genre to new extremes of minimalism, reducing it to little more than the heartbeat thud of sub-bass and deathly slow, whipcrack snares.

11. Skream – Midnight Request Line [Tempa, 2005] The first cross-genre anthem: the grimey ‘Midnight Request Line’ hit radio playlists hard, and found its way into some unlikely record bags. Like Benga & Coki’s ‘Night’ later, it pushed the genre towards a limelight it had yet to experience.

12. Shackleton – New Dawn [Hotflush, 2006] The Skull Disco man’s early lightfooted exercises in percussion are hardly dubstep per se; rather, they work within a similar tempo range but draw from post-punk and noise to staggering effect. 14. 2562 – Channel Two [Tectonic, 2007] Perhaps the most overt techno crossover artist, Dave Huismans’ Aerial album under the name 2562 is all glinting metallic edges and cool chrome sheen.

18. Appleblim - Vansan [Skull Disco, 2007] By the time the Skull Disco label came to an end, its previous earthy grit had gradually whittled away to leave a beautiful – but terrifyingly delicate – shell behind.

20. Untold – Anaconda [Hessle Audio, 2009] In which the London producer drags out a bagful of early Wiley Eskibeat to play with the best of modern dubstep.

21. Ikonika – Please [Hyperdub, 2008] Ikonika’s first release on Hyperdub was the first of a series of brilliant 12”s for the label that redefined dubstep as colour-saturated computer soul.

23. Brackles – Rawkus [Planet Mu, 2009] Ignore the dodgy ‘future garage’ tag – Blunted Robots label heads Brackles and Shortstuff are putting out some of the most compulsive dancefloor material around. It’s two-step, but two-step that couldn’t have existed had it not passed through dubstep’s decade-long filtration process.

24. Scuba – Latch [Hotflush, 2010] The Hotflush label is in rude health at the moment, and its label boss has made one of the albums of this year in Triangulation finding a perfectly coherent middle ground between dubstep, techno and experimental drum ‘n’ bass

25. Joy Orbison – So Derobe [Aus Music, 2010] The finest track so far in Joy Orbison’s small back catalogue, one which gathers together the narrative strands of the previous decade and pushes restlessly forward. It’s been a fascinating exercise listening back through ten years of music, trying to pick out pivotal tracks and producers that spearheaded certain shifts in sound. Although it's difficult to ascertain the exact reasons why dubstep in particular has proved such a fertile ground for such focused experimentation, it's probably got a lot to do with the amount of space inherent in its structure. When those spaces first developed, leaving chasms between kicks, snares and gulping maws of sub-bass, it reflected the grimly identikit nature of the semi-urban cityscape surrounding its creators.

But later on, as producers from outside those regions adopted its influence, those gaps left room for other synthesised sounds to creep in. And unlike, say, jungle, which was already tightly packed with overlapping layers of sound, adding extra elements - toxic synths, found sound, swung percussion - posed less risk of overcomplicating dubstep into an indistinct, undanceable mess. It posed a perfect opportunity for a huge range of electronic musicians to imprint entirely unique stamps on its basic form; the seemingly endless array of permutations doing the rounds today offers pretty strong evidence to support this notion.