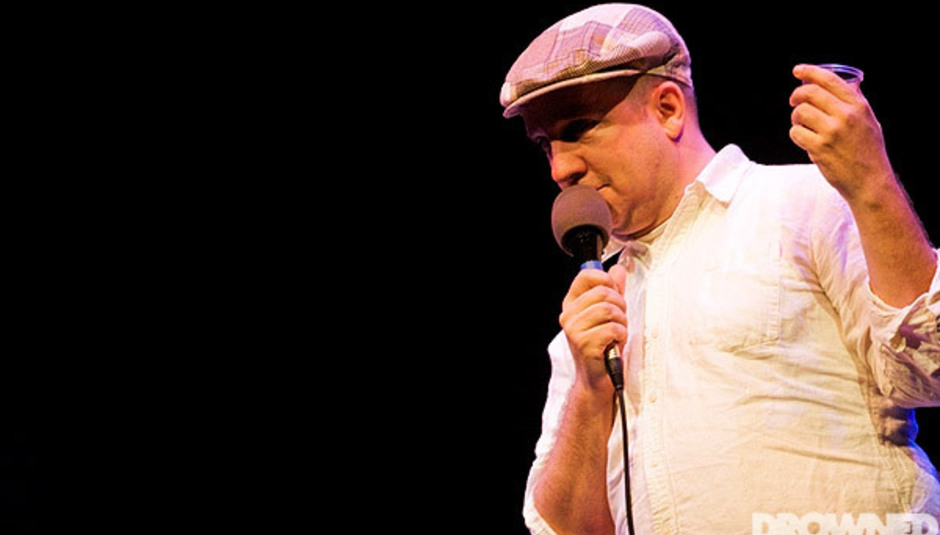 Not quite managing to make it into last week's playlist, the Hot Chip song I originally dismissed as being 'not all that and a pint of ale' turns out to be exactly that. Sure, it's a grower, but how wrong I was. The Peter Seraf-en-o-wicz-directed video probably still just about surpasses its efforts. The remix, featuring Bonnie 'Prince' Billy on vocals, is several varieties of 'weird' and altogether disconcerting. I like it, though.

Well, we can't keep putting the singles from the first album in here, can we? This one is reverbed to the hilt and is in a style not too dissimilar to Galaxie 500, who feature later on - down there somewhere. I'm not certain if there's any passages like this one on Congratulations, but you can now find out, as the duo are streaming that very record on their very website, very now.

Actually, looking back on it, that Bonnie 'Prince' Billy vocal is nowhere as disconcertingly freaky as this track. The lead singer appears to be channeling some kind of 'Stephin Merrit with an interest in pre-pubescent...well, just pre-pubuscents' vibe. I have no idea what the 'doing it' actually refers to, but underage can refer to a few things and I'm not sure it's talking about driving on a public highway. One to be hummed in public, not sung. It was good enough for Single of the Week, though.

It would be verging on a criminal act to continuity in theme if this wasn't the Beck track we used this time round, more specifically plonking it firmly down next to 'Underage'. So obviously we did. Beck's Record Club, featuring St. Vincent, Liars and Os Mutantes sprung forth this week, playing some INXS.

Great news, people. This week we announced the first acts to play our stage at the Leices-tival that is Summer Sundae. The Futureheads were one such act. So were Los Campesinos! And Errors! And Frightened Rabbit. It will be good. See you there?!

Two 8s and a 9 for Galaxie 500's re-issued back-catalogue. Seems fair. For me, they epitomise summer. Probably somewhere dusty, which tends to usually not be applicable England, unless you spend your summers in a) farmer's fields, or b) recently resurfaced car-parks. I am a habitual visitor to both, thus heightening my experience all-round.

As someone so pointed out, Elivium does indeed sound like the name of a metal band, or rather it would if I could type it, as 'Elivium' sounds more like a laxative. Eluvium, Elivium, Eluvium. Ah well, two from three's not bad. What the rogering hell is a Time Feeler, anyway?

I think it's a fair cop to be wary of bands with punctuation in their names as it throws up all sorts of delightful conundrums on where - or whether - to place a space in speech, as is the case with Allo, Darlin' led by Elizabeth Morris. The good news for indie-pop fans is that they've an album on the way in June. I hope this one is on it. They were also in This Week's Singles, reviewed, as ever, by Wendy Robot.

9. Holly Golightly & The Brokeoffs - 'I Want To Hug You, Kiss You, Squeeze You (Til My Arms Fall Off)

It's also perfectly reasonable to be wary or dismissive of extraordinarily long song titles, like this one - especially as it has brackets, to (most annoying it is). It would, however, be perfectly unreasonable not to like this track. That is, unless by this point you've heard another 60 of those Jon Culshaw Shockwave's NME ads and the slide guitar has flung you over the edge in the most violent fashion imaginable.

Thom Gibbs described TRR's 8/10 new record quite succinctly."You or I could shit out pages on how listening to Speculation feels like travelling on a deserted train through future cityscapes at dawn etc etc etc but To Rococo Rot’s restrained class makes such imagery needless. It’s enough to say that Speculation is a masterful lesson in elegance and how to blend minimalism with majesty." I don't tend to shit out pages, Thom, but point taken.

This was actually going to be 'Uzi (Pinky Ring)' but it is now not. This appears to have the naughty words, by and large, 'dubbed' out which amuses at first and annoys later. Especially the bit with the bee. A new video and tracks emerged for the Wu-Massacre project this week. Clip is epic.

New Clipse record out this week, apparently. It scored a most commendable 8/10. Seems to be a bit of a grower by all accounts.

Tartufi's new video is astoundingly brilliant, if you're into the sort of low-budget-drug-trip type thing. The accompaniment to it isn't half bad, either. Also came the news this week that they have a new record on the way. Trailblazers!

Stephin Merritt looked his usual self when playing at the Barbican this week. Not sure what he sounded like, mind. A tad grumpy? Playful? Restless? Judge for yourself by looking at the photos, here.

15. The National - 'Daughters Of The Soho Riots'

The hype surrounding the new National recording is gathering pace at an alarming speed. The latest edition of High Violet Fever was the releasing - in the literal sense - of a track from it, the superb, promising and roaring 'Bloodbuzz Ohio', of which you can find more details about here.

I guess you could say very similar about Foals' new album, too, Total Life Forever. The second track to be aired from it was 'This Orient', getting airplay as well as a video. Kieran Hebden takes apart 'Cassius' and re-assembles it expertly, but not before making the introduction sound like four-thousand chop-sticks falling on the floor in near-unison.

In Photos: Clare and the Reasons @ Th...