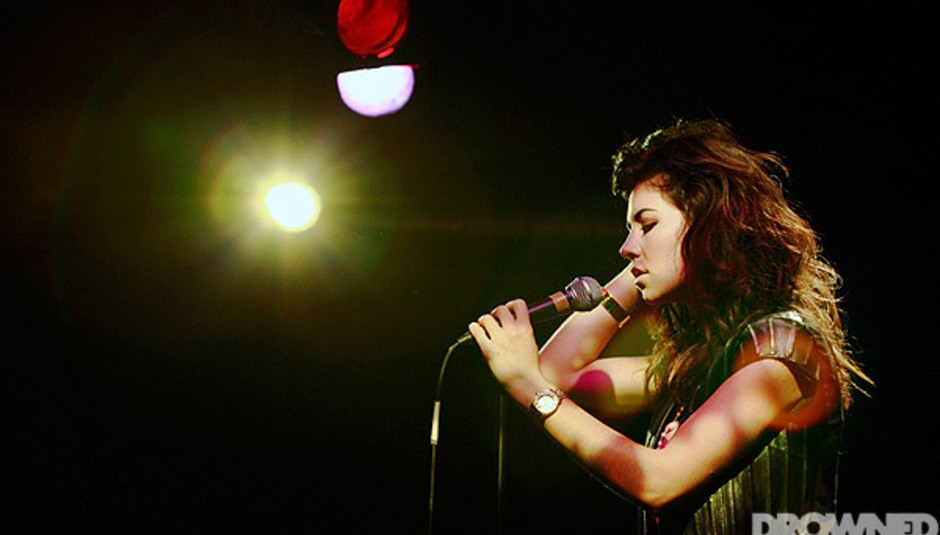 Favourite Five of 2009 from Marina & the Diamonds

Favourite Five of 2009 from Marina &amp; the Diamonds

From the previous favourite fives from Rolo Tomassi, The Veils, Girls, and Battles you've hopefully caught up with what this feature about.

Today it's the turn of Marina and the Diamonds, AKA Greek/Welsh 24 year old Marina Diamandis, who has been one of those everso tipped new acts in 2009. In 2010, she will finally release her debut album, probably following a bunch of BBC Sound Of 2010-like pre-emptive and self-perpetuating tip-list nods. Her music is unashamedly pop, with a blend of melodramatic pop from the school of latter day Regina Spektor with husky Amanda Palmer-ish vocals and, some say, her music has a very light dusting of default-female-artist-comparison Kate Bush-like zaniness.

Royksopp Junior
Junior was my favourite album of 2009. Creaking synths, plush harmonies and chord progressions that make your guts twist all make this record what it is. They're an inspiring band because they are hard to categorise- their sound is other worldly!

Lady Gaga The Fame Monster
She proved them all wrong by showing people she wasn't a disposable pop dolly but actually a real visionary and artist (in my humble opinion). I am fascinated by her - she has a real dark twist to her persona and that's why the whole thing works. The Fame Monster is full of at least four more amazing pop hits - the amount of artist who can do that right after their first album are few and far between.

Florence & the Machine Lungs
Production on this record is incredibly tasteful and would be a favourite of anybody who appreciates good music really. Was so pleasantly surprised when heard the record - didn't expect anything like that.

Erik Hassle Hurtful
This is yet to be released. It's an album full of Swedish pop classics- I can't explain why I love it bar it's so hard not to.

Black Eyed Peas THE E.N.D
Ok. So some say it's novelty pop - who cares. Will.I.AM is a genius and I jog to this in the gym. They don't seem to follow any pop-song rules except for their own. I am a big fan of his production.

Plus a record Marina discovered this year and hasn't stopped listening to...

Emily Haines Knives don't have your Back
Great solo record from the lead singer of one of my favourite bands, Metric. This is a dark, clever record with amazing lyrics. Yummy.

Marina and the Diamonds (MySpace / Twitter) releases her debut album The Family Jewels on February 15th via 679/Atlantic Records. The album will be preceded by new single 'Hollywood' on 1st February, the video for which looks exactly like this:

And, here's the video for her previous single:

Marina And The Diamonds - Mowgli's Road on MUZU.