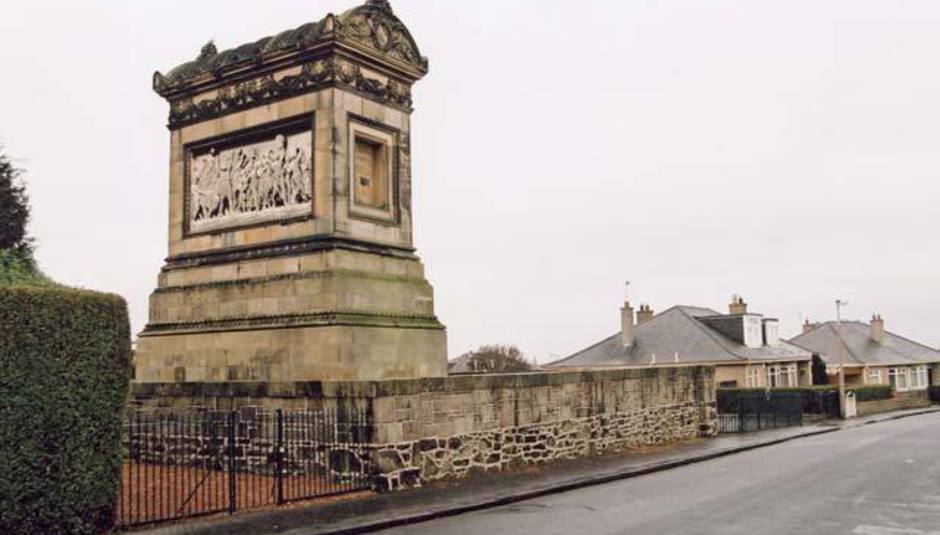 Another bottleneck of pre-Christmas indie haste, which means (boo) no preamble but (yay) at least four things worth mentioning in your letter to the fat bloke in red. He doesn't exist, you know. When my sister got married, she included with the invitations a delightfully amusing Greedy List. It only had things like ‘one small Greek island’, ‘one Booker prize’ and ‘one Best Actress Oscar’ on it - which in many respects was a Good Point, Well Made about the rankness of modern, middle class marriage and their concomitant demands for matching aspirational Missoni bathrobes. In any event, the point I am cack-handedly trying to make, is that sometimes you don’t expect to get everything you want; it would be churlish and wrong to ask. Which is why upon hearing Meursault’s glorious ‘William Henry Miller Part 1’ I did a delightface (the emoticon is a work in progress) as I scrabbled in my pocket to see who they were and what it was called. Because it not only sounds rousily moving – all yelped vocals and banjos soaring - it also comes with some backstory pedigree that reeks of clever. So, as I shelved my disappointment that it was not the second single in as many weeks to allude to writers of Top Quality Perv Lit (i.e. Henry ‘pit of putrefaction, a slimy gathering of all that is rotten in the debris of human depravity’ Miller), I found out how this William Henry – who was an MP for Newcastle-Under-Lyne in the 1830s, and whose mad mausoleum you can read about here, asked that he might be buried face down, so that ‘when heaven called him home' he might 'see the hellfire down below.’ And though I tried to bury the bit of my brain that finds this idea awfully, wonderfully romantic - especially when one considers the appealing reverence of classical, olden day religious types - I found I could not. Good thing too, because this is a beautifully strange and strangely beautiful record. You know, New Favourite Band good. Two singles, both marvellous, that you can listen to here.

It's impossible not to like a song like 'Constellations' - partly because it is as preternaturally aimiable as a toddler in 1970s corduroy dungarees on a skateboard - and partly because it takes a lullaby and perverts it for its own dischordantly lovely ends. So as Darwin - and I suspect this is not his given name, unless he grew up in a commune, which let's face it, he probably did - sings 'Wrinkle, wrinkle little scar / Count the freckles on my arm' in lieu of 'Twinkle, Twinkle little star' I start to wonder if there is any record with a lolloping gait and clapalong rhythms that I do not like. I am told Deez is one to watch - and if he keeps making records this easy to pash on, me and those PR cats are in hearty agreement. Blah blah blah more here, and you really should click on that link because unlike some of the things I shall mention today, one really does mean it in his case. [Although saying that, do be warned, because Darwin is a man with a penchant for kooky headbands.]

New Sub Pop signing Avi uses Byrdsian flourishes and the sort of twanging that informed The Shins' 'So Says I', but with less of the giddy (and obviously not as good as all that, because that would be mental.) And it's a deliciously mournful, listlessly Monday song that trips off on dinky little Hammond runs and tip-toed guitar solos as if it knew that that sort of thing pushes my buttons like very little else can. Extremely enjoyable. More here

Like some sort of spooky brain invasion, in the last few months it has felt as if the People of Music have been rifling through my head. You know, delving their grubby hands right in without asking and searching out all my favourite hypothetical, fantasy ideas. Naturally the first of these perfect things was the news that Mr. Mouse and Mr. Mercer would be fusing their collective genius, and the second was Paul White doing OMG A HIP HOP TAKE ON THE CLOCKWORK ORANGE SOUNDTRACK (c.f. 'Ultra Violet' on side one of his monstrously good Sounds From The Skylight freebie, which is here and if you don't have it already you are quite, quite mad). Anyway, now we have Race Horses 'Man In My Mind EP' which takes for its subject chaps who become overly fascinated by Mountain Men and who fancy themselves as potential inheritors of the Bear Grylls / Ray Mears survivalist hat. Which is odd, because my Mum and I had a little think just the other day about what it would be like to go out with one of these bark-eating types - and whether the likes of good old (but essentially monumentally boring) Ray would take you rollerskating / to see Twilight if that was what you fancied. We decided We Would Not because He Wouldn't, but the Horses take this idea and run with it - singing about mental breakdowns that occur when you set your Man Ideals that little bit too high. Ridiculously exuberant and very, very good.

'I’m a deep pan / You’re thin crust' is deliciously dumb - but also oddly sweet - as disses go. And so naturally I kept rewinding ‘Hard’ to that point. The other thing I did was to take it for a turn about the supermarket, and was hactually given evils in the process because it is so loud. If I was still fourteen I would pobbly have rolled my eyes and gone ‘What?’, but as it was, I quickly fumbled in my pocket, took out my pod and turned 'Hard' down to an acceptable level. And I would have said, ‘MAN, YOU PEOPLE ARE TOSSERS, INNIT’ but instead I did a middle-class half-smirk and mouthed ‘sorry’ to the people of Tesco. ‘Hard’ – which is surely not the first song to be named this, but if it is the first, well done them – is brilliant. A whole heap of daft, but brilliant all the same. I think this is the point where I’m meant to say ‘brap’ or something about this song being 'immense' - but let’s face it, I can’t pull it off.

‘Fragile’ is the standout for me - not least because it treads that familiar song topic of trying to get everyone to come out with you - rather like an indie clarion call for getting squiffy and sweaty - even though you might have an interview tomorrow and like, even getting an interview these days is nigh-on impossible which then in turn means the shiny suited baton of control has been passed from Estate Agents to Employment Consultants – and let's face it, when either of these groups has even the mildest, meddling effect on your destiny, life is absolutely guaranteed to be total arsewipe. You’ll still go out if Frankie and his Strings ask though, because it’s the one on which his delicious Northshire tones are heard most fully. Really quite infectious.

The very definition of ‘peachy’, the Cameras take on Jim Reeves’ Christmas classic ‘The Blizzard’ rolls along like a twinkly romance carousel for which a Romany Doris Day sells the tickets. And I say that as one whose Mum used to sing her to sleep with ‘The Black Hills of Dakota’ / who can be reduced to a puddle of wetness if placed within 20 aural centimetres of ‘Secret Love’. They need one of those old-fashioned, Christmas couples-larking-in-the-snow / pulling crackers / swapping presents for the video though. Or maybe you could just imagine one. Stop expecting Camera Obscura to spoon-feed you, readers. God, you’re so lazy. More here

Quite fun in a Count-&-Sinden-do-The-Prodigy’s-Out-of-Space sort of way, this has a siren on it that sounds exactly like the paedo siren that happens at 10am every Monday morning. It’s designed to remind we residents of The Shire that a lock-up of the biggest mentals ever nabbed (i.e. Broadmoor) is frighteningly close by. Of course, if it goes off at any other time it’s a bit ‘run for your life, kiddiewinks’. Which was quite scary when I was still at school, and one imagines was / is an administrative nightmare for the school secretaries. ‘That man with the car is not my Daddy!’ style cock-ups being, of course, about as terrifying as it gets. One of my friends used to have a Broadmoor library card, AND he came face to face with Peter Sutcliffe when carrying a tray of chips in the canteen. This, in case you are wondering, is the pub anecdote to end them all. Um, anyway – where was I etc – ‘Strange Things’ will make you grin - but sadly not enough for Them to come and take you away.

Young Mat is from Norwich, which means he shall shortly have the dubious pleasure of me as a neighbour. That is, if he hasn't already upped sticks and left Anglia for The Londons - a place where the streets are quite literally paved with dogshit. Debut 'FYH' (or 'Follow Your Heart') has a nice lyric about a love rival who will 'always win a staring match' - which frankly sounds quite alarming - but then Riviere does have red on his face for the single artwork, the crazy fool. Doom pop with reverb strings, there is more here.

Theo Bard - ‘Having A Good Time’ (TAPE) One of those swinging strum-pop tunes that doesn’t go quite where you think it’s going to. Which means you have to listen to it PROPERLY and LEARN IT or you end up doing that thing where the tune goes one way and you – all timid wavering and school choir rubbishness - go another. GOD, HOW EMBARRASSING. More here.

Like a massive div I wrote off ‘Who’s There?’ as flimsy nonsense earlier this year. But my playcount stats tell a different story, because it was of course as larksome as it gets and I have 'slammed' it more times than I have fingers. Unfortunately, though 'Radiates' is amusing, it’s not got quite the same Hammer horror, capery giddiness – though naturally I will probably change my mind in a month or two. I’ll come back to you.

MySpace here, this was reviewed back in August by some right berk right, here.

He can’t spell for shit and he’s gone all bossy about CAPITALZ. But in all other respects he is MZN, and I love he.

They've made the BBC Sound of 2010 list! You know, personally I prefer that Everything Everything! But then you do realise, these things can be a curse.

Piney Gir - ‘For The Love Of Others’ (Damaged Goods)

Ape School - ‘Remixes’ (Counter) All I know is that the Pop Levi remix of ‘It’s Not Okay’ made me go all funny in the head (in a good way.) More here

Regards - 'After Many A Summer' (Tuniversal Records) More here.