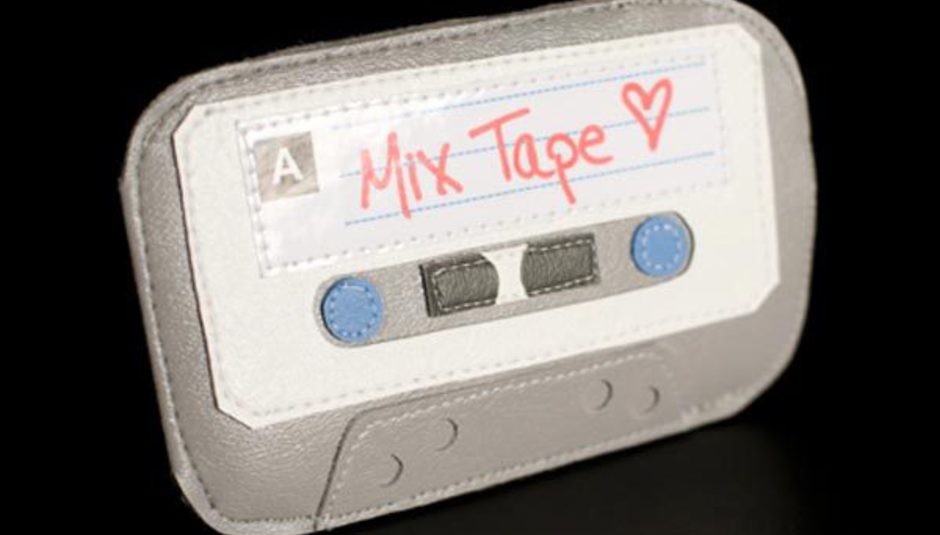 News: we're sticking with this DiScover Mixtape format (you seem to like it!), but from now on we're going to bring it to you in two installments per month, sorta like Side A and Side B on a 'real' cassette tape. So here's the first, and from now on you'll be seeing six new tracks per feature, hopefully making it a little bit more digestible and giving you more of a chance to listen to our writers' selections. Good idea? We reckon so.

Do you like the following: indie-rock, garage rock, electro, Animal Collective, Soft Pick, Hot Chip? Even this dizzying list of brilliant things feels like a cop-out description when you listen to a track as encapsulating as 'Brainbow'. Royal Bangs are just another one of those intelligent bands from USA's campus-indie conveyor belt. Except it's not strictly indie. Or electro. It's the sound of invention, and a band gleefully making it up as it goes along. Gideon Brody

2. Shrinebuilder - 'Pyramid of the Moon'

Another week, another metal supergroup... Except Shrinebuilder might just be the metal supergroup to end all supergroups. Take Scott Kelly of Neurosis, Wino of St Vitus and add a rhythm section composed of OM's ( and formerly Sleep's) Al Cisneros and Melvins' Dale Crover and you have a lineup that might well reduce grown, hairy, tattooed men to tears (of joy). The Myspace page tantalisingly states 'OCTOBER' in monolithic capitals, and provides a sample in the form of the equally monolithic 'Pyramid of the Moon'. Scott Kelly's gnarled vocals might be an acquired taste, but a dying star guitar solo and sludge funeral chant that segues out into the void suggest that this project could be something very special indeed. Consider my thirst quenched and parched all at once. Philip Bloomfield

One of the many good things about these Sheffield boys and girls is the way their songs defy easy categorisation - influences crop up momentarily before disappearing into the background, never outstaying their welcome. 'Asleep In Monaco' (available as a free download) showcases their eclectic folk-rock chamber-pop perfectly, coming off – perhaps – like Elbow and Beirut covering Blur's 'The Universal'. Or perhaps not. Either way, it's pretty great. Rob Webb

Coming out of Toronto, Diamond Rings is a one man project crafting neat little pop songs like the delectable 'All Yr Songs'. The laid back grizzlyness of James Murphy combined with the eccentric quirks of Regina Spektor through Beck's warp-pop filter is somewhere toward describing the slacker charm of this song. As the nights draw in earlier and there is a distinct chill in the air, a line as sweet as "In the winter weather I'l lend you my warmest sweater, I would not want you to get cold" seems somehow entirely perfect. David Renshaw

Imagine a band that on the one hand wants to be your new favourite hipster-rock party band, but the other fist has double-dipped in the Emo roadtrip dress-up box and come out giggling. And hang on... this is on DFA? It'd seem the NYC kings of cool are flip-reversing their turntables for guitars and, frankly, about a minute and a half into this video you'll start smiling and understand why. Sean Adams

Ok, so DiSser nepotism doesn't always go down well, but I myself was unsure of this band [all three are members of these forums] until I heard them put in a near 9/10 performance for Huw Stephens' radio show the other week. Then I was converted, truly. It's the delicacy of this particular song – and all of them, truth be told – that gets me. That, combined with roughed-up guitars and percussion which is simply nothing other than Spartan, anyway. And that is quite some chorus. Who needs the perfect three minute pop song when you can have it in two minutes, right? Luke Slater

Under the 'hood: Tinchy Stryder talks...