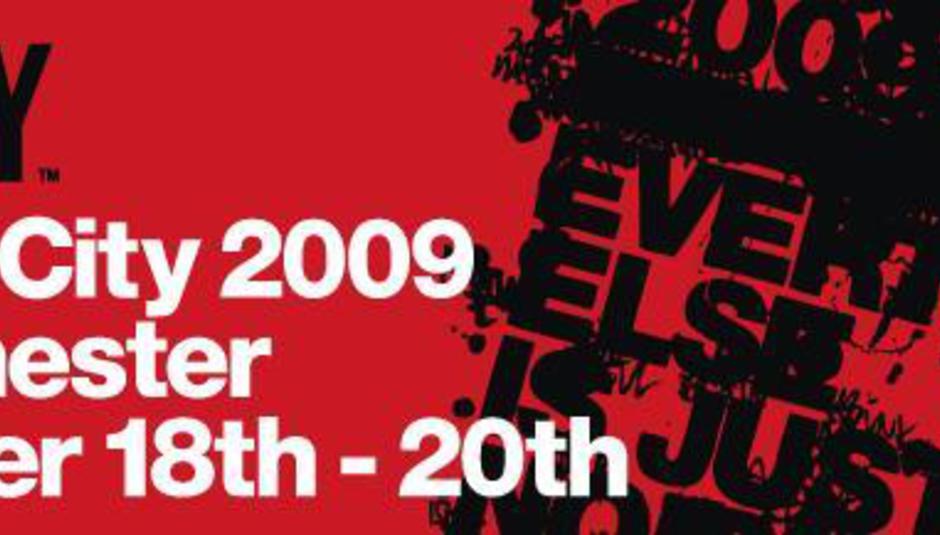 Literally tens of bands have been announced to play the Tony Wilson-founded Manchester-based music industry gathering that is In The City. This lot of bands join a previously bulging list of bands already set to play the festival, with multi-venue wristbands being available for the first time this year.

As we mentioned before, that's an awful, awful lot of bands. Yet, we must not forget that we have our own showcase at the Manchester Deaf Institute and, although it is our OFFICIAL ninth birthday today, the ITC event on Monday October 19 will be our official birthday bash.

On our stage will be what we think are some of the best talent(s) around, naturally. We have:

You can now buy tickets for that event only now, with a limited availability. You can get them at £7 each from here. Be quick, though!

In The City 2009 takes place across various venues in the glorious city of Manchester, from October 18-20, as you can see from the banner above.

As also mentioned above, this is the first year that ITC are selling a £20 wristband for entry into all live venues with the bands above. You can get your wristband by clicking here.

For 'delegates' wanting to attend, you can still (just about) get an early bird pass for the bargain price of half a monkey, or £250. Click here to do that sort of thing.

As well as all those ticketing options, there are also day passes available this year which you can get from here, but you'll need a live wristband to get into any of the musical events for that, so get one of those too - you won't need one, though, if you have the full delegate pass.