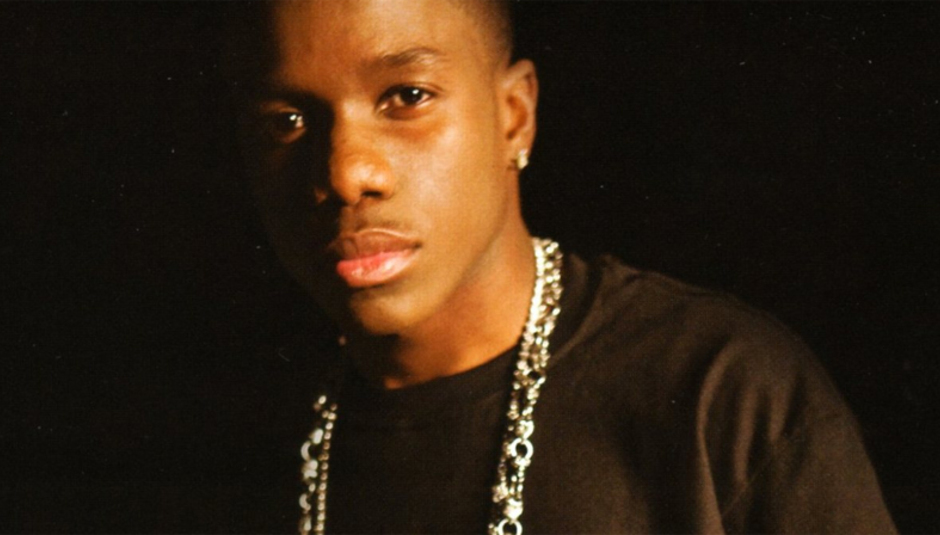 Much like current media darling Dizzee Rascal’s recent stratospheric rise from the grime ghetto to A-list fame, fellow London rapper Tinchy Stryder has lit up the charts this year with two number one singles.

But all that seems standard compared to the location we track down Tinchy for a whistle-stop chat about his newfound fame, backing Lily Allen’s anti-piracy witterings and love for Green Day: taking time out from videogame Need For Speed SHIFT’s UK Championships at the adventure world that is Thorpe Park...

DiS: So you’re at Thorpe Park for a videogame contest? Not your average day’s work exactly?

Tinchy Stryder:Yeah. I’ve been on some rides while I’ve been here so it’s been cool. I went on Stealth and the Saw. I’m not sure what was the best one. I ain’t been to Thorpe Park for ages man, since I was much younger. It feels much smaller now. When I was younger I thought this was the biggest place ever. I’m enjoying it.

DiS: Are you a big videogames fan? Your moniker was partly derived from the late '80s game Strider, right?

TS: Yeah. I wasn’t actually a fan of that game. I just remembered the name of the game. I wouldn’t say that driving games are my main thing but I like them, man. The main thing I like doing is playing football.

DiS: Now you’re rolling in famous circles, do you have any Premier League footballer mates?

TS: Nah, I ain’t got no footballer mates. I met Rio Ferdinand a little while ago though. He was a cool guy. I did a little something with him for his magazine. He’s a fan of my music as well.

TS: Yeah. Obviously that came about because of people saying it’s cool that they're at a stage in their careers where they’ve done everything and they don’t need it, whereas a lot of people haven’t got that. It’s peoples’ lives and jobs, so all them illegal downloads aren’t helping. At the same time it’s a promotional tool for some people, that’s how you get your music out there and get people hearing you, but I think it’s wrong overall. She made a good point and that’s why I was behind her because definitely it does slowly, slowly kill things, man.

DiS: You mentioned on your blog you’d like to collaborate with Ms Allen. Is that something that might happen in the future?

TS: Yeah, maybe one day, because I like her. I like her style, it’s got a raw edge to it from the first time I ever heard it. I met her a little while ago at a festival. She’s a cool girl, man. She uses the same slang and that. When you meet someone you relate to like that it’s cool, so maybe one day.

DiS: Last year you appeared on Gang Gang Dance album Saint Dymphna. Do you have any ambitions to collaborate with any other indie or rock bands?

TS: You know what, that ain’t really my thing. I wouldn’t say I’m really into rock. But I’ve been listening to ‘21 Guns’ and ‘Know Your Enemy’ by Green Day a lot recently. I kept hearing them when I was on holiday and I liked it, so I like Green Day. Yeah man, I’d like to work with them.

DiS: Your next single is ‘You’re Not Alone’, which samples Olive. Dizzee Rascal’s next single, ‘Dirtee Cash’, samples The Adventures Of Stevie V. Should we prepare for a winter of grime stars half-inching 1990s dance hits?

TS: Ha ha! It’s a coincidence because he obviously didn’t know I was doing that, but when you’re in the studio you’ve got to experiment with things; the ones that come out the best we try and put out.

DiS: Is there a healthy competitiveness between you and Dizzee, being arguably the two biggest emcees in the country?

TS: Yeah, definitely. He’s someone I respect and look up to musically for what he’s done and what he’s achieved. He thinks out of the box every time, so you got to respect that.

DiS: And how are you dealing with your recent rise in fame, and the resultant press attention?

DiScover Mixtape #3a: Free Energy, In...