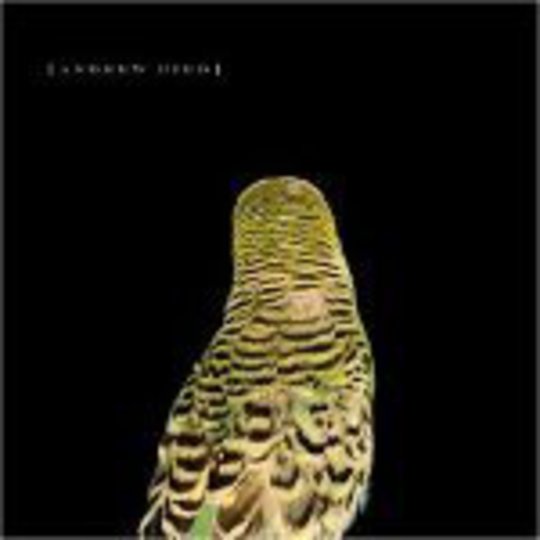 I maintain that, lately, there has been a return to a more classical based writing style in pop music. I also maintain that the music permeating from the cracks of this newfound return to classicism has been the most creative as of late. Massive generalization, yes; apocryphal in anyway, nope. I could hark on for pages about the ingenuity of Sufjan Stevens, Antony and the Johnsons and Hayden, for example, but that is beside the point. Furthermore, I do believe that this return to classical roots is led by the inclusion of instruments foreign to rock and roll. Violins, cellos, accordions and the like are being utilized more than rhetoric on the nightly news, and with classical instruments comes classical sounds.

Andrew Bird is not a classically trained musician. Instead, the violinist studied folk and jazz, and his older material, however varied it is, weighed emphatically on traditional folk music, be it Eastern European or Zydeco. In Armchair Apocrypha, a subtly political title that symbiotically introduces a powerful set of songs, Bird sounds more classical than ever; not classical in a strict sense, but each pull on the violin is more pomp than punk. This pulling strategy has crafted a fine album, full of subtle, melodic masterpieces that, while not trenchantly classical, exude romance via musicianship embedded in the classical realm. So, where should we start?

Well, at first listen Armchair Apocrypha is a reserved pop jaunt, more haunting than ebullient, as minor-toned notes are strung across each sentence and poked and prodded. This is especially so on the collaborative, Theremin-buttressed ‘Simple X’ (originally an instrumental Martin Dosh track) and the panegyric ‘Fiery Crash’, opening up the album much like CNN begins newscasts, through calculated hyperbole and fierce wordplay. Both tracks, one at the beginning and the other towards the end, summarize Armchair Apocrypha. This is a brooding and melancholic affair, but still undeniably fun. Hell, fiery crashes are entertaining, as long as we are on the outside looking in.

Melodically, it is Bird’s violin, rightly so, that dominates the listen. From quaint finger plucking to all-out bow strumming, Bird asserts his skills with the instrument and uses it to accentuate every moment that presents itself. In other words, it is Bird’s arranging skills, a tactic borrowed from the classical realm, that makes me gush. The cleverly Latin-toned ‘Imitosis’, led by a commandeering plucking line amidst a wash of strummed quarter notes and acoustic guitar, showcases such skills. Same goes for the electric guitar and bellowed organ duality of ‘Heretics’, softly lain underneath choral vocals and more violin melody. In Armchair Apocrypha, the song is effective on its own, but how it is patched together is why it deserves such praises. Not one instrument is battling another for the spotlight; everything is presented in near-perfect unison, like a master conductor leaking just the right sounds from his orchestra while avoiding, at great length, any utterance that does not abet the overall product. This orchestration is stronger on Armchair Apocrypha than any of his previous work.

Moreover, the album gets even better when you listen to what the Chicago native is saying alongside the melodies. Song through song, Bird paints a flecked collage of politics, rhetoric and introspection, from revealing dirty little secrets about his youth in ‘Dark Matter’ to the instrumental, symphonic and deliberately cheery ‘Yawny at the Apocalypse’, the title and symbolism of which toy with the idea that the end of the world may not be such a bad thing after all. Assertions aside, Bird dips and dabbles within his psyche, and in doing so emits a stark blend of social commentary, from the aforementioned title calling for an end of cynical pacifism to lambasting the unheralded equivocation practiced nightly on CNN and its cohorts.

This is an intellectual jaunt that reveals the beauty of pop music, both musically and lyrically. By being subtle, Bird ejects haunting questions into his melodies, calling to arms debates about the state of the world, and the state of ourselves. We need more classical music like this in our lives anyways.