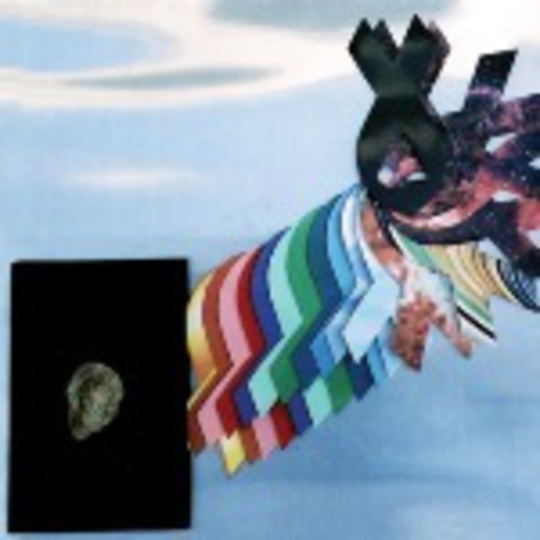 ...And on the seventh day, God rested. On the eighth day, he invented a slow-burning formula for the eventual annihilation of the universe he created from the point at which he gave his only sun. A breakdown of society, the crumbling of the Earth's atmosphere, the expansion of the solar system leaving us feeling more alone and more paranoid as each second ticks away. The apocalypse. For Hella, things need to be sped up.

Let’s keep with the image a little while longer. Imagine The Mars Volta's swollen red super-giant bursting beyond the constraints of mass and time and finally contracting to an all encompassing black-hole, sucking in Lightning Bolt’s heaviest riffs and The Boredoms’ most intense drum work after hurtling them to ‘n’ fro against all manner of cosmic debris. Titles such as 'Song For Insecuirity' and '2012' may seem wilfully obtuse. They are. They fit the mood perfectly.

Yet There Is No 666 In Outer Space’s most impressive attribute is that at the core of all this lays a solid earth foundation, far stronger than what is to be found on previous albums. Each track is a fully-fledged song, built for the most part around the vocals of new member Aaron, with fellow newbies Josh and Carson adding subtle layers over the band’s core sound. Zach Hill still tortures his drum kit at a different speed, beat and dimension to the rest of the band. It’s all for the best.

Do you need this album? Well, on a summer’s day are your eyes drawn to the deep pitch of the shadows? Do you flick your head side to side in paranoia more than a model in a shampoo advert? Does the fact that Yellowstone Park is more than 50,000 years overdue for a near-extinction level explosion keep you awake at night? If it does, then you do. Hella are the five horsemen of your own personal Armageddon. It may not be the happiest ending, but hey: the soundtrack is fucking great!