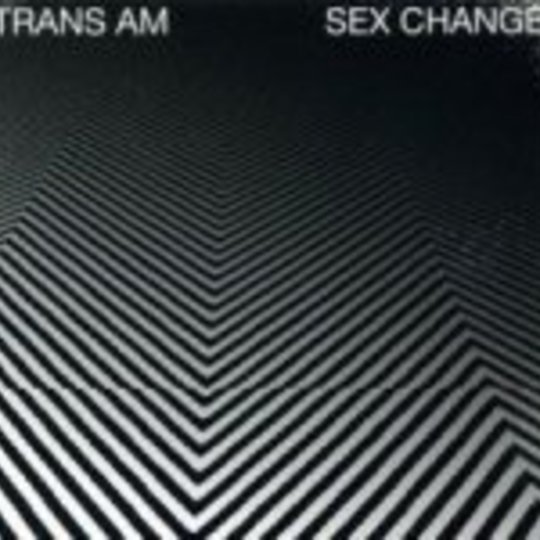 Sex Change, Trans Am's sixth studio album, is an album with momentum. From the off, it drives onward with Kowalskian forward motion. Dynamic changes emerge out of the smoky synth fug, and driving bass rumbles up out of distant treated cymbals. Heroic and upbeat guitar and keyboard lines take off like planes, shooting into the air, all in a row. This is an album of movement, an audio narrative powered along by the borrowed instruments on which it was made. The analogue sound palette alludes to Kraftwerk's synthesizer loops, but also to the warmth and directness of the more proggy end of big-beat – late Chemical Brothers or Death In Vegas, perhaps, or more recently the epic electronic shoegaze of M83.

There's a lot here to admire: the songs are well-formed and consistently engaging. The production is spot on throughout, so good as to become noticeable. The album builds well from beepy beginnings of ‘First Words’ through various versions of their analogue electronic-pop/rock-prog sound to a massive conclusion in the monumental riff of album highlight ‘Shining Path’.

‘4,738 Regrets’ is another notable highlight, evocative of the Trans Am as a vehicle – that beefy motherfucker of a muscle car, with its trademark scowling front grille and outrageously fat spoilers. A car made for driving through dust, gleaming across the Arizona desert with someone you love at a hundred miles per hour. Maybe that's what Trans Am were thinking of during the recording of this album. Because amongst the familiar sounds and reference points, shifting atmospherics and dynamism, most of all Sex Change evokes a sense of freedom and the open road – the lighter side of the American Dream.