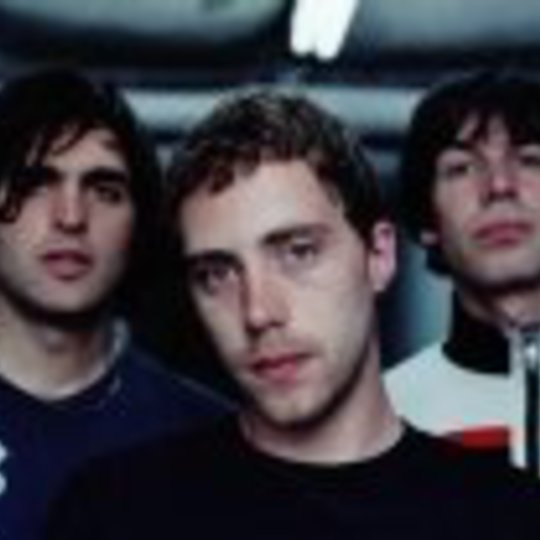 Previously the dubious owners of the title ‘token rock band on uber-trendy Mo Wax label’, it would have been a pretty inspired call by someone a year ago to predict that Joel Cadbury et all would be enjoying major radio play and critical laudation in 2003, especially after seeing their previous efforts bear little fruit.

But it probably helps that the band is making the best music of their undernourished career, and now residing on the increasingly respected Double Dragon label, it appears that they’ve got a bit more direction. If you excuse the pun.

‘Loosen Your Hold’ is a massive string laden doom-epic that sounds like a spooked-out Mama's and Papa’s crossed with Shack. And that deserves applause in itself. Clipped banjos, ghostly harmonies and a sense of insistent foreboding all combine to offer something better than your average indie-schtick with strings on it. Can they do it again? Is this the menacing calm before the south-westerly storm? We wait with anticipation.

Some Kind Of Strange