Some Kind Of Strange 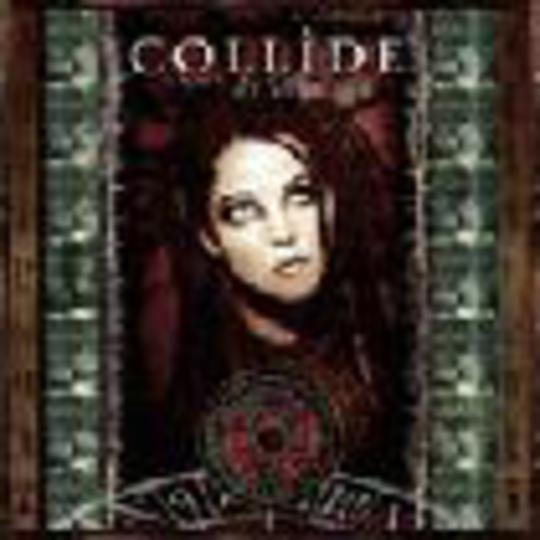 No doubt about it, there is something just so undeniably seductive about a girl talking re-e-e-ally slo-o-o-wly with a deep, softly spoken hush that vocalist Karin knows about only too well. As one half of ethereal gothic 2-piece Collide she really pricks up the hair on places I didn’t even know I had, her captivating velvety charm gliding over Collide’s darkwave beats in tracks such as _‘Euphoria’ _and _‘Slither Thing’ _with an effortless ease, massaging your mind until you’re at her complete helpless mercy; though the coital undertones beguiling those aforementioned song titles may also have something to do with it.

Collide’s mission involves rocking the listener on a sensuous cradle of sultry laid-back beats with a deliciously sinister undercurrent, although the ambiguity of lyrics such as “I am future I am past / I am haunted I am blessed” _can often be mysterious to the point of fanciful, recondite nonsense. Though much of this album seems intent on casting a dark hypnotic spell on the listener, slight crescendos of noise are allowed to permeate the likes of _‘Somewhere’ _(thanks to Tool’s Danny Carey, who provides live drums) and _‘Mutation’, bursting open some rare guitar distortion. Industrial Goth anoraks (or should that be long dark cloaks?) may be interested to learn that Collide’s other half, the moody-looking Statik, is currently involved with the re-formation of *Skinny Puppy *and indeed SP drummer cEvin Key provides live drums on ‘Euphoria’; giving you some idea of the kind of circles Collide are mixing in.

With female-fronted goth-rock coming into the increased focus of the media, thanks to Evanescence *and soon-to-be-big Finnish newcomers *Velcra, it appears that all Collide need is a guitar-heavy hit-single and the future is theirs. One things for sure, in Karin they have a jaw-droppingly beautiful cover-star in waiting.