Crawling In The Dark 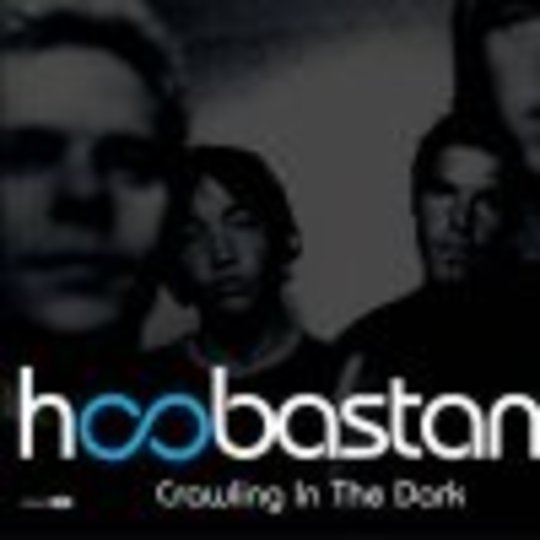 It's so easy to dismiss a record like this. A record which Zane Lowe will shout over the intro to. A record for the kid wearing black in my Common Room to do air-drums to on his walkman. Granted, Nu-metal is a tired, bloated genre, ready to be crushed by a British Rock punch smashing it into insignificance. But here, at the bitter end, lie Hoobastank. Their single, 'Crawling In The Dark' turns out to be one of the best of the year.

To be honest, I can't really tell you why. It has all the usual Nu-Metal ingredients. The automated electronic beat, the catchy riffola, the drawling mock-rap vocals. Yet this is a record concerned primarily with melody. The brilliant FM sheen of this songs' verses are perhaps a way forward for Nu-Metal. This songs strength lies in it's genuine hummablity. It's a catchy record.

Call them a third-rate Incubus. Turn it off when it comes on the radio. Tell yourself you're 'above' it. However hard you try, this energetic, vital pop record will infect your being soon enough.