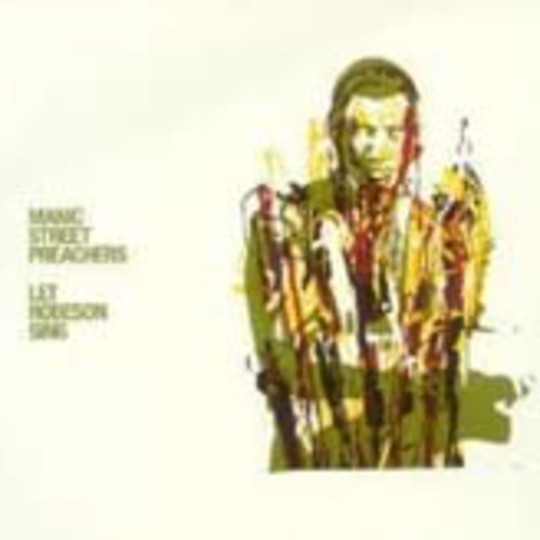 Now, you've clicked on that little blue "Let Robeson Sing" thing to read a review of that latest release (Ahem) from popular Wales Beat-Combo, The Manic Street Preachers. You've not come here to read a jumped up little twat give his poorly written, boring, Sixth-Form Poetry style views on them. So I'll try me best to withhold. It's just that when I stood amongst the masses at Reading, something struck me about the Manics. They look SO old. JDB jumping round the stage, his ever-increasing waistline bouncing around like a....bouncy castle of some kind. Nicky Wire's make-up making him looking like that scary old aunt who lived in Wolverhampton who you only ever saw at Christmas and who sent a pack of cough sweets for your birthday that were out of date. A huge void on stage where Richey should be. It all produces a record like this.

A record so pretentious, so far up Nicky Wire's hairy arse that you can see it poking out of his pale little stomach. A record made for daytime play on Virgin Radio. A record with horrible Tom Petty acoustic guitars. A record that sounds like it was produced by Jeff Lynne. A record that has a talky bit in the middle, to make it "arty". A record about an important figure in cultural history, but obscure enough a figure to make Manics fans happy enough that their "above" yer Linkin Park grunger type.

All this of course from the band who produced "Motown Junk", "Motorcycle Emptiness", "A Design For Life", "Repeat"......

The times they are a'changin'.