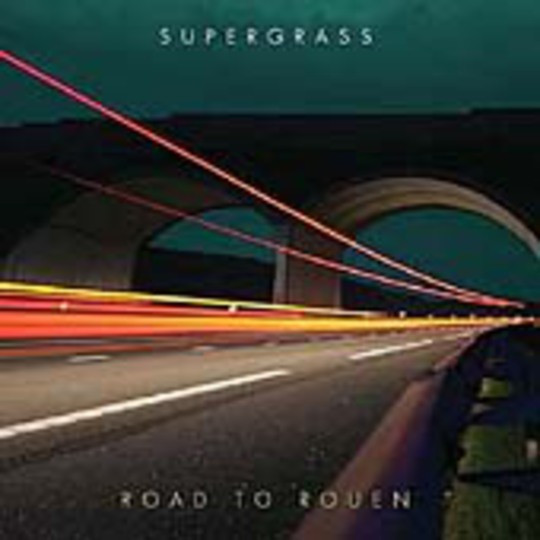 So what exactly did happen to Supergrass, the boys who liked to keep their teeth nice and clean whilst getting caught by the fuzz?

It seems they’ve not only gone and made that sensible and mature fifth album that every band past their sell-by date inflicts on their effervescently loyal fans, they’ve actually made a record that would be more appropriate in an old folks’ home than your local indie niterie.

‘Road To Rouen’ apparently took two years to complete, and while it would be harsh to criticise the standards of musicianship throughout the record – indeed the likes of ‘Tales Endurance (Parts 4, 5 & 6)’ and ‘Roxy’ are built around the ideal that complexity is the key – the lack of any real spark or tune worth mentioning (or humming for that matter) sticks out like a sore thumb after being embroiled in a tussle with Kyran Bracken for 80 minutes.

You see, the thing with Supergrass is that no one expects a reinvention of the wheel or even a changed tyre for that matter. If anyone wanted an example of a band who have found a strident formula without any need whatsoever for even the most minor alteration its these guys, so why they’ve felt the need to write something that in places is more akin to folk night at the local Ukrainian Social Club (‘Coffee In The Pot’) is beyond me, and totally beyond redemption for that matter.

I guess the warning signs were there when lead single ‘St. Petersburg’ came limping out of the radio like an Alzheimer’s sufferer on a Zimmer frame last month, so pedestrian is it’s almost churlish saunter that it’s accompanying motif should be a red circle with a car in it. Indeed, walking pace takes up the first half of the album, as ‘Sad Girl’ and ‘Roxy’ saunter by almost unnoticed, and proceedings don’t actually liven up until we’re actually 2/3 of the way through the record on the title track itself, which along with the jaunty ‘Kick In The Teeth’ harks back to the halcyon days of ‘In It For The Money’.

Sadly, the respite is all too brief as ‘Low C’ sounds like it was recorded one boozy Saturday evening round at Chas and Dave’s local and ‘Fin’ is a self absorbed lullaby that sings itself to sleep halfway through the middle eight.

“I just keep on trying” insists Gaz Coombes on ‘Kick In The Teeth’. Sadly, ‘Road To Rouen’ is the sound of a band that is trying just a tad too hard to be old before their time, and as a result, makes this their least accessible album to date. As disappointments go, this is on a par with Forest’s relegation last May and James Blunt’s eternal residence at pole position in the charts. Yes, that bad. Next.