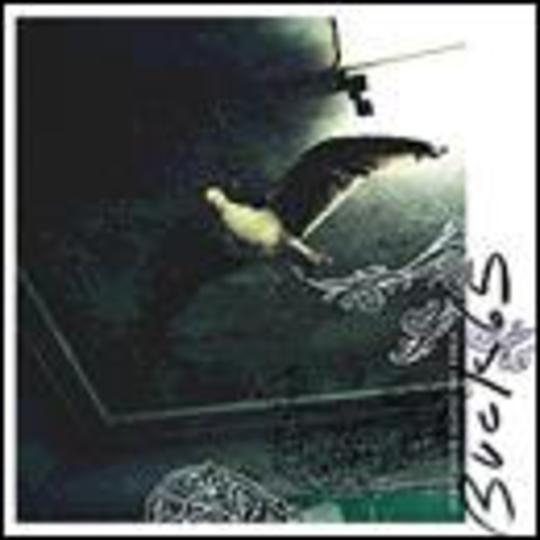 Buck 65 – or Rich to his local Blockbuster’s spotty weekend staff – proclaims as early as track five on Secret House Against The World that hip-hop has ruined his life. It’s a funny thing to say, considering that he’s never openly professed to be a pure (read: straight) hip-hop act. This, his follow-up to the much-acclaimed Talkin’ Honky Blues, certainly couldn’t be accurately categorised as an exclusively hip-hop record.

Opener ‘Rough House Blues’, its genre-subverting title aside, is as close as Buck comes to hip-hop at its purest (although said statement stems solely from the fact that the song features some deft turntable skills); little else, though, comes close. It’s this diversity across 13 songs – the sometimes-shocking contrast from track A to B – which comprises Secret House…’s key selling point: don’t like this one? Skip to the next.

‘The Suffering Machine’ is gruff country given a contemporary Canadian makeover - lumberjack jacket optional - its theme absolutely in keeping with the Guthrie and Cash works of yore: I love this woman; she don’t love me; I’m a sad, sad man; think I’ll write me a song about it. The song before it, though, couldn’t be more different if it were penned by a total stranger: ‘Le 65isme’ is positively rampant, pulsating drums propelling the listener to some mysterious village in the heart of Quebec where a hundred Bronx-born hip-hoppers have upped sticks to and ditched their turntables for more primal beat machines. ‘Blanc-Bec’ is similarly charged, a feeling amplified by contrasting it with the following ‘Corrugated Tin Façade’. While ‘The Suffering Machine’ is graphic story telling at its most accessible, there’s something especially affecting about ‘…Façade’ – be it the noticeable dourness in Buck’s already fractured voice or the quite heavenly female backing vocals, there’s that indescribable something to the song that marks it out as an instant highlight.

Buck’s on-record demeanour isn’t forever glum: ‘Drawing Curtains’, the album’s penultimate offering, is a filthily sweaty sex tale, vocals male and female delivered in breathless English and seductive French, backed by slabs of crackling noise. It’s enough to have even a casual listener whipping out the dictionary to delve deeper into the decadence, eyes spying through an incense-tinged lounge and into a steam-filled bathroom, catching sight of silhouettes dancing like the devil’s own marionettes, hell-bent on pleasure forever. It’s as if dälek skipped their way across the Atlantic to take up a house band position at a Parisian brothel…

Returning to a point made above, Secret House…’s obvious appeal lies entirely with its musical, or rather compositional, diversity. There’s so much to love here that the personal-preference flotsam can be forgotten, allowed to drift away into a realm of listener ignorance. It simply won’t matter if a few songs are lost to the ever-shifting tides of taste, such are the joys to be discovered and the secrets to be gradually uncovered.

Dare I offer a factual statement in an opinion piece? Sure: Secret House… is, surprisingly so, an absolute contender for critical honours come the year’s close. What you’d classify it as, though, is entirely subjective.