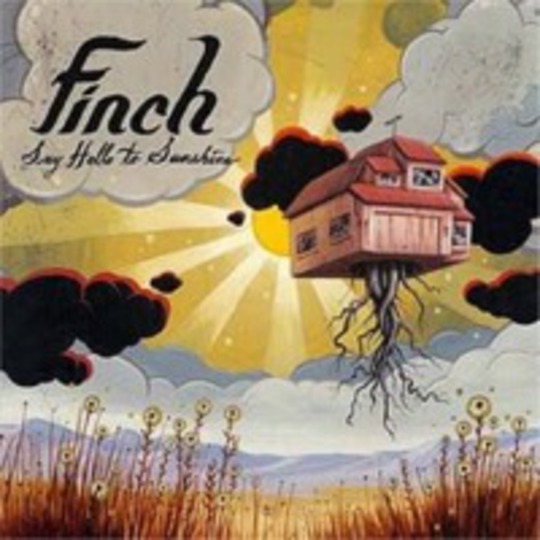 Three years ago *Finch *were one of the first to burst on to and out of the screamo scene. A long time touring the record almost led to stagnation as some fans tired of the hearing the formula adopted by so many others soon afterward, despite the high-energy stage show that did accompany. There has been much bated breath for this new album and there will surely be a love/hate reaction to this material.

While not deviating from the wild emo pop sensibilities that meander through Nate Barcalow's bitter, doom-orientated lyrics and vocals completely, this is by no means a What It Is To Burn _mach II. While Barcalow's rampant and blatant obsession with the unsavoury does tend to grate, the frequent references across the album to blood, flesh, missing body parts/functions, fire, and death are countered by his new, more cultured approach to the execution of his lyrics. However, you cannot help but feel that this has all been done better before. Tracks like ‘Miro' and ‘Hopeless Host' have the funky and rhythmic backdrop that was done by Incubus not so long ago but the thisGIRL-esque (yes, actually) ‘A Man Alone_', while being a grand new direction for slots into place on this album just as it ought to.

On the whole the album is heavier than the last with fewer screamo showdowns between *Barcalow *and his band and much more experimentation. ‘Brother Bleed Brother', for instance, holds all the signatures of a great song with its alternating siren and distorted guitars with stops and starts all over the place, with sumptuous soaring, pained vocals lingering over the top. Showing this increased intricacy in their song writing and a new restraint and unpredictability, as in ‘Revelation Song', must be a wise move for while their previous album sold very well, the market is now saturated with the syrupy screamo that *Finch *sold circa 2002. Overall _Say Hello To Sunshine _is a superb and well-rounded effort from a band that is trying to push its own boundaries, if nobody else's.